She’s got a good head on her shoulders, really.

Without having to come in on a wrecking ball, a tastefully dressed Miley Cyrus took home the biggest award at the VMAs...from the sidelines. Unlike her controversial performance last year, Cyrus shocked everyone (well, except maybe her fans who understood her shtick) by wearing a decent amount of clothing. She also stole the show by having a (once?) homeless person named Jesse accept her Video of the Year award for her. 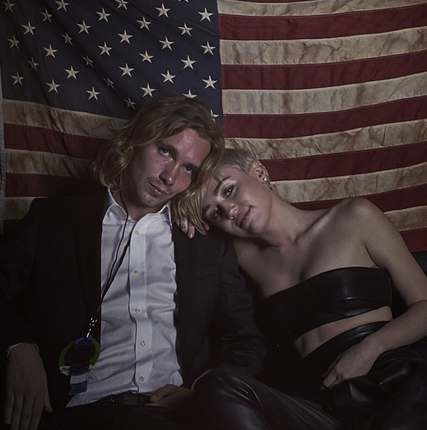 The full transcript of his speech:

Thank you, all. My name is Jesse. And I am accepting this award on behalf of the 1.6 million runaways and homeless youth in the United States who are starving, lost, and scared for their lives right now. I know this because I’m one of these people. I’ve survived in shelters all over the city, I’ve cleaned your hotel rooms, I’ve been an extra in your movies, I’ve been an extra in your life. Though I may have been invisible to you on the streets, I have a lot of the same dreams that brought many of you here tonight. Los Angeles entertainment capital has the largest population of homeless youth in America. The music industry will make over 7 billion dollars this year and outside these doors are 54,000 human beings who have no place to call home. If you want to make a powerful change in the world right now, please join us and go to Miley’s Facebook page. A dream you alone is only a dream; but a dream we dream together is reality. Thank you so much for your time.

Miley and Jesse walked the red carpet together. The popstar hinted at her "shocker" in a brief interview before the show, when she said she hopes she gets people’s attention, but in a different platform this time. She also acknowledged that she can’t bring as much booty as Nicki Minaj, and that she’s retiring from twerking. "It’s about the music, not the twerking."

For more on this story, log on to NYTimes.com and MTVNews.com.

Miley Cyrus Wreckingball
Your Guide to Thriving in This Strange New World
Staying
In? What to watch, what to eat, and where to shop from home
OR
Heading
Out? What you need to know to stay safe when heading out