Hayop Ka: 10 Animals That Have Gotten a Bad Name in Pinoy Expressions
Loading
Already a member? Log in
No account yet? Create Account
Spot.ph is your one-stop urban lifestyle guide to the best of Manila. 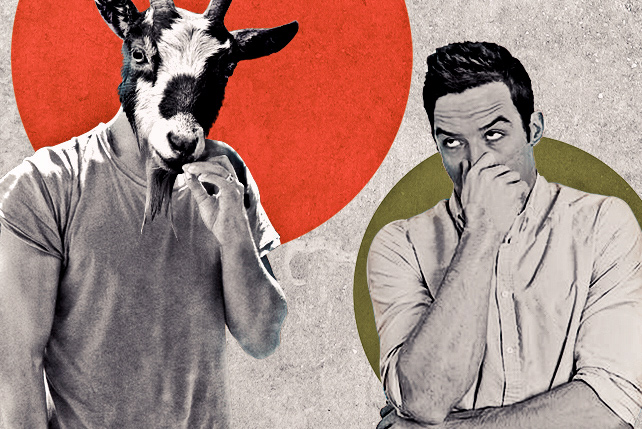 Hayop Ka: 10 Animals That Have Gotten a Bad Name in Pinoy Expressions

Standing up for the rights of all the hipon out there! 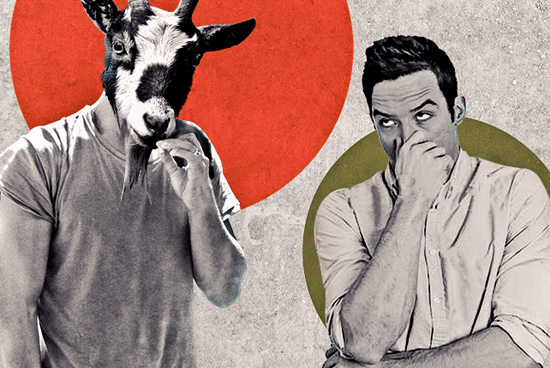 (SPOT.ph) The Davao City Council made a decision and it seems final, especially after Ramon Bautista graciously accepted the punishment for his...faux pas? His supporters cried foul, arguing that the reaction seems a little, shall we say, over.

However, one thing became clear after The Great Hipon Scandal of 2014: feelings were hurt. After all, how happy would you be if some foreign comedian swooped in and made a joke about how Manileñas are sexy but ugly? Some will say that a joke is a joke is a joke...but who, may we ask, is speaking for the shrimps?

That's right. We're going to stay safe and fight for the other animals’ rights. Because they have feelings too. 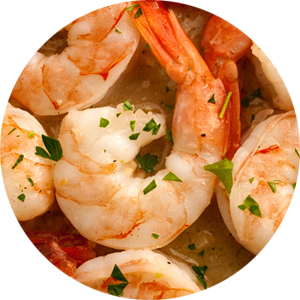 Meaning: A person who has a great body, with a less than desirable head (face).

In defense of the animal: The animal that inspired this list ought to open it. This hardly makes any sense, especially because people like to suck on the head of shrimps (uh-huh), too. We would like to extend our apologies to all shrimps, because we know that they are all beautiful. Not to mention extremely delicious all the way. 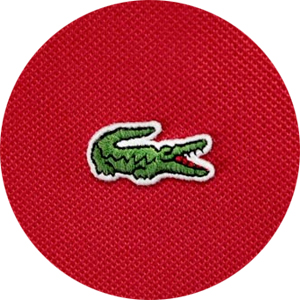 In defense of the animal: Crocodiles aren't cuddly, but hey, they're not thieving SOBs. Plus, it's not like they’re killing other animals for the fun of it-they need to eat to survive, like most of us. That's way more than a stone's throw from a person who uses loopholes to throw lavish parties. With effing tarpaulins, damn it! 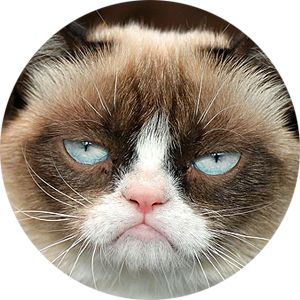 Meaning: Not a real member or part of the group or game. Aw.

In defense of the animal: Others try to make the term cute by saying "salingkit" but we know what you mean. The cat has a long history of being excluded from things (the Chinese zodiac, for one, where the cat serves as an alternate to the rabbit) and so we can't really blame them for dreaming of world domination. We would say sorry to the feline species, but they don't really seem to care and they're probably too cool for your little group anyway. Cue tail swish. 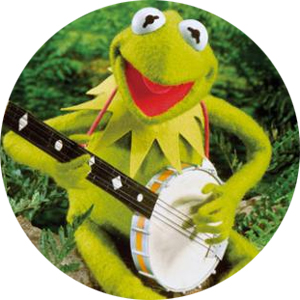 Meaning: A person who sings out of tune.

In defense of the animal: Have you ever heard frogs actually sing, especially when it rains during the evenings? That baritone is definitely not out of tune. Heck, that's why they symbolize good harvest for some tribes up in Northern Philippines. People also use mukhang palaka to indicate a person who possesses a face that is deprived of pulchritude but the frogs just keep singing in the rain as if to say there's more to life than being pretty-and that the rumors about their singing voice is completely untrue. 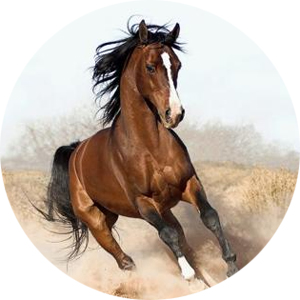 In defense of the animal: Whoever used this as an insult has probably never seen a horse. Horses are majestic creatures, with kind eyes and legendary protuberances (we mean their strong legs). They can be drawn to kind of look like Matt Damon (see Spirit: Stallion of the Cimarron). Let's not even get started on how awesome their hair is, because what is up with that gorgeousness? Admittedly, they do have goofy faces sometimes but so does Cara Delevingne, and she's a supermodel. Horses, we apologize for this mix up. Your beauty is acknowledged. 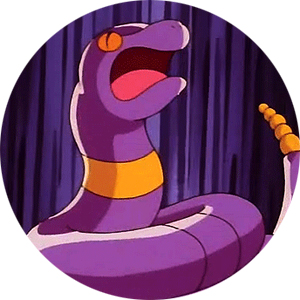 6. Ahas (as in what Anna Curtis did in No Other Woman and also what she wore at one point)

In defense of the animal: Snakes don't mix well with humans, obviously...but if you think about it really hard, very few animals mix well with humans. We tend to kill them and for ridiculous reasons, too. Snakes are trying to survive and protect themselves. Humans kill snakes and turn them into bags. You don't see snakes carrying mice as purses. You don’t see snakes killing elephants for earrings. Snakes don’t even have ears. 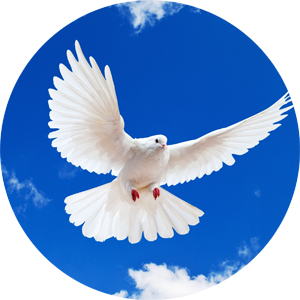 In defense of the animal: Did we really need to involve doves when putting down members of our society who, through no fault of their own, have resorted to subjecting themselves to stigma and the risk of contracting STDs in order to make ends meet? And shush about having options because if they had options, they would take it. They had as much say about their situation as the doves in this metaphor. And seriously, what does the height of the flight have to do with anything? What if they were just about to swoop in before soaring? Our species is so judgey. 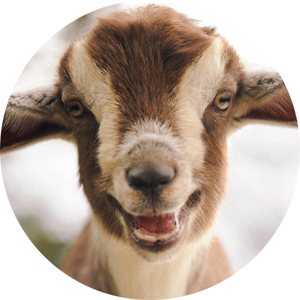 In defense of the animal: Admittedly, goats do smell...if they don't take baths and the owners don't clean up after them. People who don't take frequent baths stink as well. What's wrong with something more honest like "Hey, you smell like you haven't taken a bath for weeks!" Leave the adorable goats alone! Stop animal cruelty! 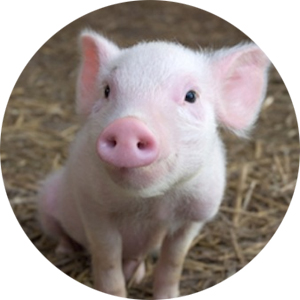 In defense of the animal: Sexual deviants? Baboy raw. Someone genetically predisposed to being bigger than your average person? Baboy raw. A slightly messy desk? Baboy raw. Just as an FYI, pigs don't bathe in mud to be messy-it's their way of cooling off and it's a way to get rid of parasites and ticks on their skin. We're pretty sure they don't have particularly freaky sex either. Aside from this, pigs are really clever and they can learn a lot of things. This includes videogames and smoking. That's right, they can learn how to have vices like humans! So maybe, when they oink at each other, they call particularly nasty pigs out for being such a person. 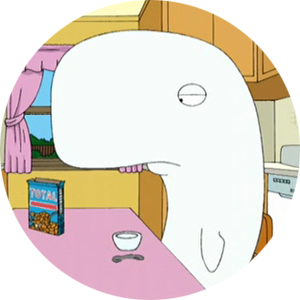 In defense of the animal: Really? Fat? That's supposed to hurt? But first, let's talk about whales. Why would whales not be fat? How can you not be fat if you're a whale? Every cell in a whale's body works to achieve a specific weight, for it to exist as a whale. Does it hurt the whale to be fat? Does it function any less as a fat creature? Hell no! The same goes for people. Yes, being a certain weight sometimes increases the risk of heart disease or diabetes...but there's also research that suggests that being skinny is all about genetics too. So really, when you're laughing at the balyena reference, you're only letting yourself down for not knowing enough about basic biology (and not having developed enough basic human decency). The shame is not on the whale, definitely. Whales, it’s an honor to be compared to gentle, awesome creatures like you.

We know dogs sometimes get the short end of the stick with asal aso, but they get enough love from humanity to compensate. There’s also the term tuta, which we loosely translate as mindless drone. But come on...puppies! They’re adorbs.

Hayop Animals Language Pinoyslang
Your Guide to Thriving in This Strange New World
Staying
In? What to watch, what to eat, and where to shop from home
OR
Heading
Out? What you need to know to stay safe when heading out