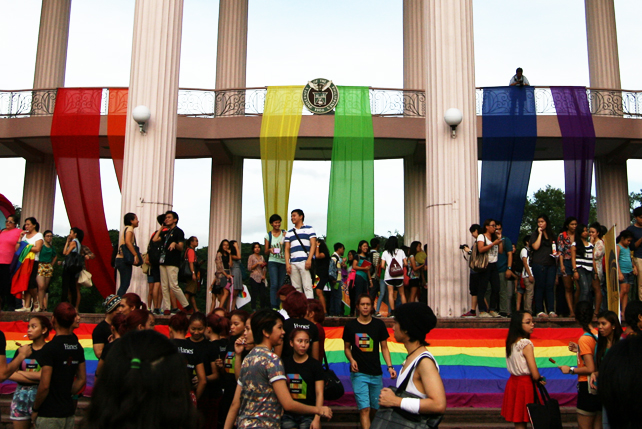 (SPOT.ph) Prior to the actual event, the UP Pep Squad were on the steps of Quezon Hall, doing a step-by-step tutorial for the attendees of the UP Pride March at the University of the Philippines (Diliman) on Friday, September 26. The official chant starts with two counts from the snare drum and it involves the Tagalog word for rainbow, bahaghari. The gestures aren’t tricky, but it’s hard to recall all the parts when you only have around 10 minutes to master it. Still, the crowd eagerly participated and rainbow flags were waved so freely, it’s easy to forget why we must keep doing it.

Several countries have made a progressive leap by legalizing same-sex marriage but in a handful of others, homosexuality is a crime. A crime. We admire the bravery of celebrities who choose to share their sexual preference, mostly to show solidarity with other members of the LGBT community, coming out takes an extra dose of courage for ordinary people.

UP Babaylan, the University Student Council (USC) in partnership with various other organizations marched loud and proud around the academic oval with Ganda Filipinas, the Filipino Freethinkers, the Quezon City Pride Council, and the Metropolitan Community Churches. Rainbow flags of fabric and paper were everywhere and holding them up were people fighting to end discrimination-worth more than their weight in gold. 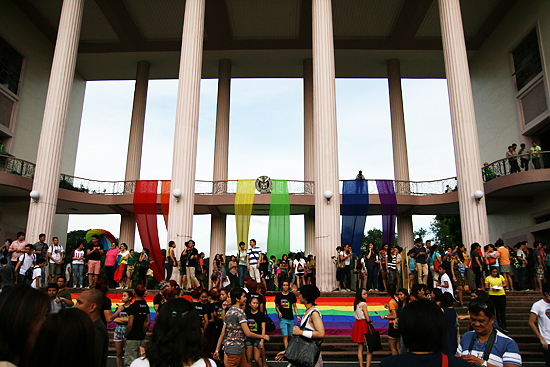 Quezon Hall, bright with the colors of the rainbow 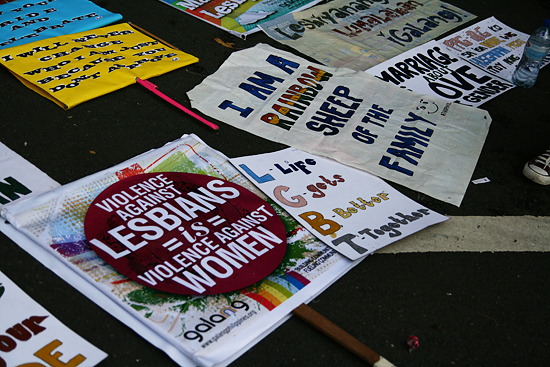 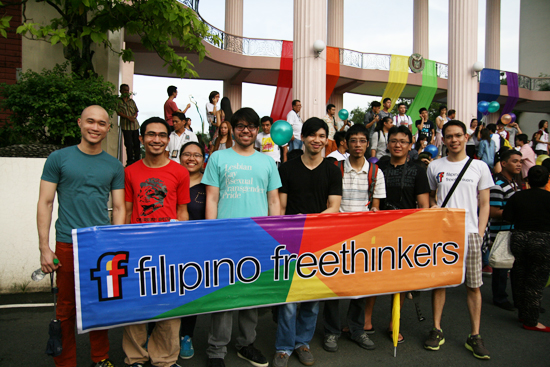 The adorable pro-equality boys (and one cute female) of The Filipino Freethinkers. 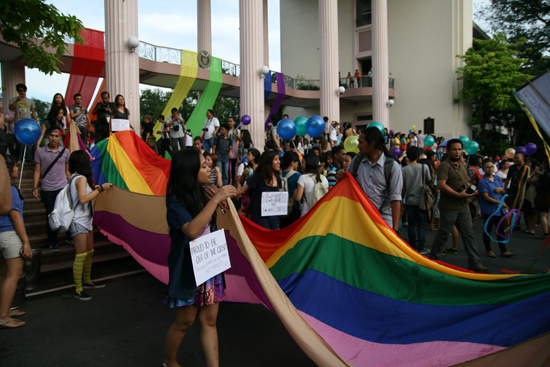 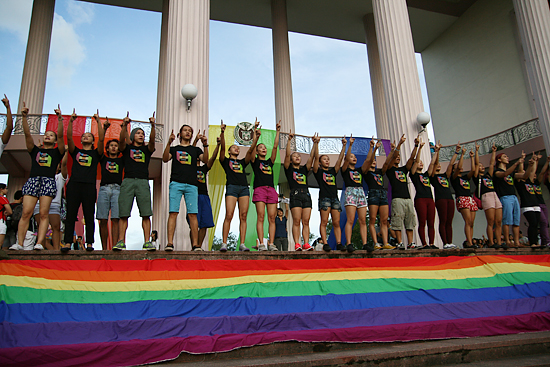 The UP Pep Squad chanting for equality 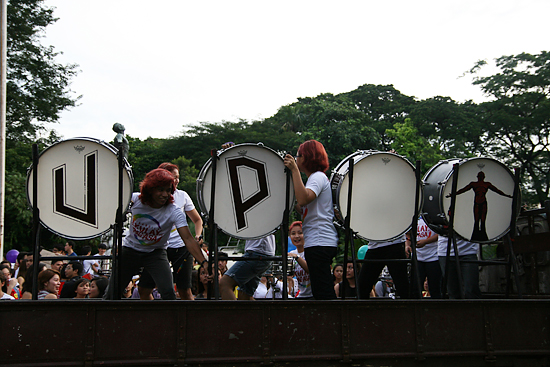 The drums leading the parade 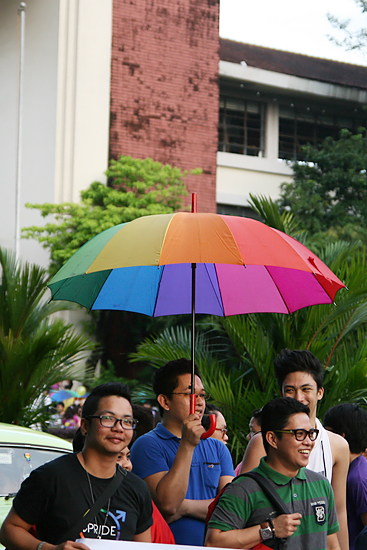 Proud in any weather 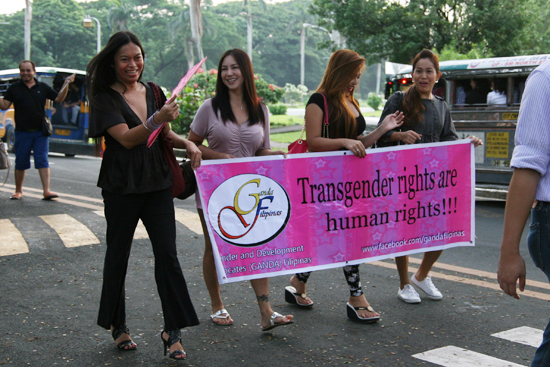 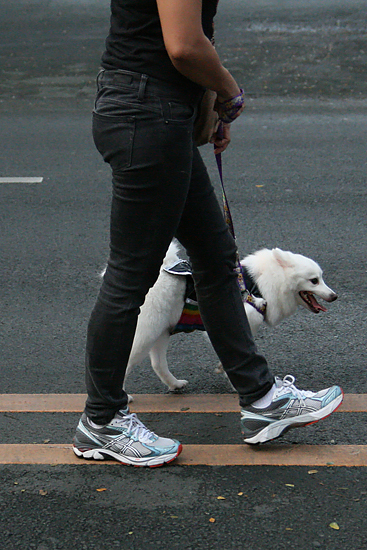 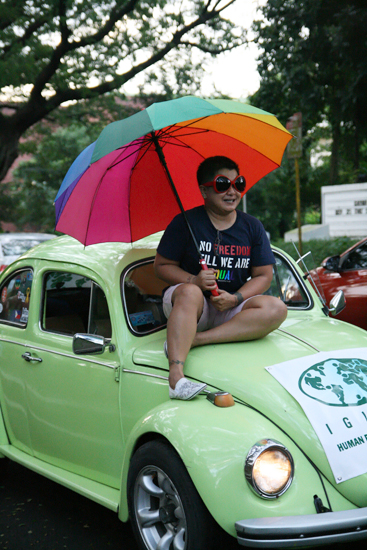 Fighting for human rights with style 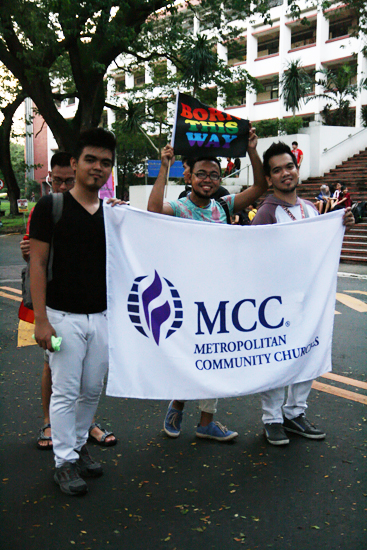 The MCC joins the march. ("Born This Way" makes an appearance. Lady Gaga would be so proud.) 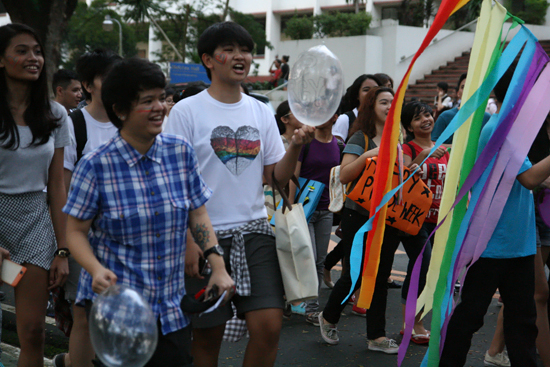 Yes, those are condom balloons 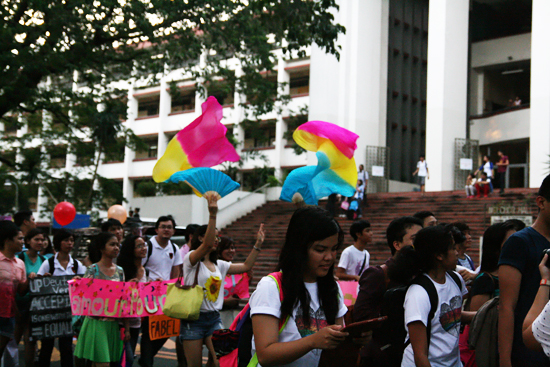 Fancy fans. We want one. 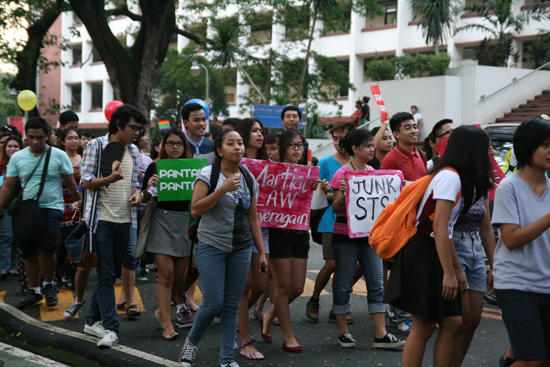 This is UP after all, so here’s a gentle reminder that this fight is not isolated from all the other ills of society 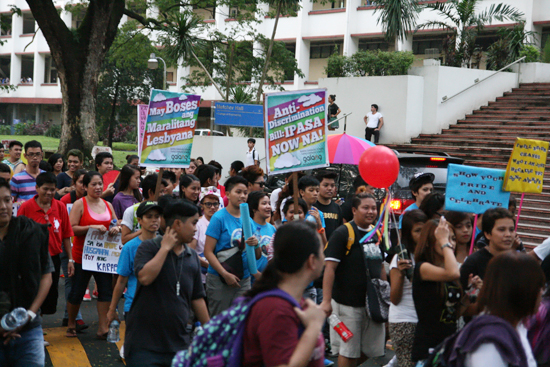 Lgbt Rights Pride March
Your Guide to Thriving in This Strange New World
Staying
In? What to watch, what to eat, and where to shop from home
OR
Heading
Out? What you need to know to stay safe when heading out