A "mystery ad" for P-Noy, a zombie movie is set to rise again, and more. 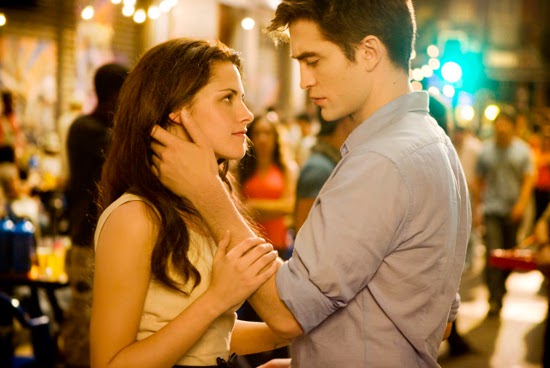 1. Zombieland is getting a sequel

The zombie gods have heard your prayers. Five years after Zombieland was first released, the cult hit is coming back to life with a sequel. Sony Pictures has hired Dave Callahan (The Expendables) to pen the script, and Ruben Fleischer will return as director. No word yet if Jesse Eisenberg, Emma Stone, and the rest of the cast will reprise their roles.

The National University will be playing in the UAAP finals for the first time in 44 years after defeating Ateneo on Wednesday (October 1). NU will be facing FEU, who beat La Salle in a dramatic game the same day. This is the first time since 1992 that neither La Salle nor Ateneo will be in the finals.

Malacañang on Wednesday (October 1) came to Director General Alan Purisima's defense, describing his Senate testimony as "truthful" and saying he still had the "moral ascendancy" over the PNP despite allegations of corruption. Groups have filed plunder and indirect bribery complaints against Purisima in the Office of the Ombudsman over the renovation of his official residence, dubbed "White House," and his Nueva Ecija property. The PNP chief has also come under fire for his alleged vehicle discounts.

Presidential spokesman Edwin Lacierda said it was up to Purisima to take a leave of absence amid the charges filed against the PNP chief.

Actors Mila Kunis and Ashton Kutcher welcomed their first child Tuesday (October 1) and it’s a girl! They have yet to reveal a name, but we’re hoping it’s Jackie.

Typhoon Phanfone (local name Neneng) is expected to enter the Philippine Area of Responsibility on Friday. PAGASA clarified, however, that the rain in Metro Manila and Luzon are not the effects of the new storm.

On Wednesday, the Philippine Daily Inquirer reported about a mystery print ad seeking a second term for P-Noy. A certain Grace Pascual placed the ads that compiled eight million signatures from supporters, and appeared in several newspapers. Communications Secretary Coloma clarified that the Palace was not behind the ads and DILG Secretary Mar Roxas also cleared himself of having any ties to the advertisement.

Former first lady Imelda Marcos felt "violated" after the authorities seized art pieces from her homes and offices, according to her lawyer Robert Sison. Government agents launched simultaneous searches on Tuesday for eight paintings potentially worth tens of millions of dollars, including works by Picasso, Gauguin, Miró, Michelangelo and Pissarro.

The 85-year-old widow of the late Ferdinand Marcos was asleep in one of her luxury Manila apartments when a team of government agents arrived, announcing they were searching the place, Sison said.

If you’re expecting a lank mystery-meat patty with a thin sheet of refrigerated cheese between two supermarket buns, think again. We’ve ranked the top 10 best cheeseburgers in Manila under P200.

9. Twilight is back... and you’ll never believe where

Two years after the last Twilight movie, the franchise is back and is exclusively debuting on Facebook next year. Lionsgate and series author Stephenie Meyer announced plans to find five aspiring female directors to create short films based on the Twilight characters. The winners will be chosen by a group of female panelists, including Meyer, Kristen Stewart, Kate Winslet, Octavia Spencer, Julie Bowen, and Twilight director Catherine Hardwicke.

Unfortunately, no one from the original cast will star in the films.

Senator Alan Peter Cayetano on Thursday (October 2) vowed to continue the investigation on the alleged overpricing of the Makati City Hall building 2 and other Makati infrastructure projects despite his low rating in the latest Pulse Asia survey. He said the Senate Blue Ribbon Sub-Committee investigation of the alleged irregularities should not be affected by surveys in connection with the 2016 presidential elections.

He also challenged Vice President Jejomar Binay to show up in the Senate investigation rather than presenting his side in press conferences where no one can question his claims. "’Wag kang magtago sa isyu. Hindi panay press-con," he said.