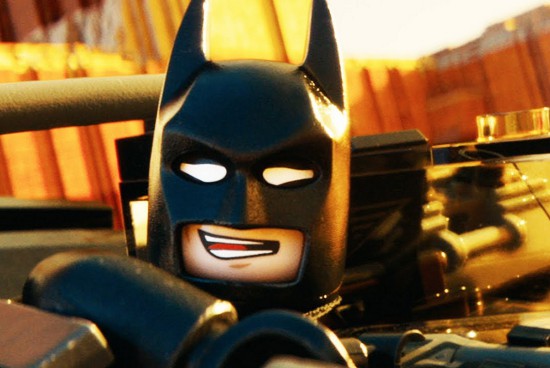 If your favorite interpretation of Batman was in The LEGO Movie, you’re in luck. The scene-stealing character is getting his own movie spin-off, according to The Hollywood Reporter. They also revealed that the movie is being rushed, even at the expense of the film’s would-be sequel. Actor Will Arnett will reprise his role as the animated Caped Crusader.

Troubled former teen star Amanda Bynes has been placed in involuntary psychiatric care, her family’s attorney said on Friday. This comes just hours after the actress tweeted that her father had fondled himself in front of her and asked her for sex. She later retracted her statements, and blamed them on a "microchip" in her head. "My dad never did any of those things. The microchip in my brain made me say those things but he’s the one that ordered them to microchip me," she said.

Technical issues foiled an attempt to break a Guiness World Record for having the most participants in a Zumba class on Sunday. Organizers called off the event due to a problem with registration, which dismayed participants who braved the heavy rains, since organizers initially said the bid would push through despite the weather.

A Texas health worker has contracted Ebola after treating a Liberian who died of the disease in Dallas last week. The infected worker, a woman who was not named, is the first person to contract the disease in the United States. She had close and frequent contact during the 11-day treatment of Thomas Eric Duncan, who died on Wednesday, health officials said.

Public satisfaction with Vice President Jejomar Binay has hit a record low in the last quarter, a Social Weather Stations survey revealed Monday. The survey conducted from September 26 to 29 showed Binay’s net satisfaction ratings dropping by 15 points, from +67 in June to +52 last month. The survey said a total of 70% of Filipinos said they were satisfied with Binay’s performance while 17% said they were dissatisfied.

SWS said the +52 score is Binay’s lowest net satisfaction rating since hitting a +57 rating in November 2010.

As part of Philippine judicial reform, Chief Justice Maria Lourdes Sereno has called for a revamp of the bar exams. In a speech on Wednesday (October 8), Sereno said that the Court of Appeals is already reviewing the categories and subjects included in the exam. According to her, the change was necessary to define "the kind of lawyer the nation needs."

Esquire U.S. has officially dubbed actress Penelope Cruz as the "sexiest woman alive" in their November issue. Cruz is the 11th woman to be given the title by the magazine. Previous honorees include Angelina Jolie, Halle Berry, Rihanna, Charlize Theron, and Scarlett Johansson.

President Benigno Aquino III has failed to adhere to his "tuwid na daan" saying, according to 36% of respondents surveyed nationwide by Pulse Asia. This opinion was more pronounced in classes A, B, and C, where 43% disagreed that Aquino has kept his promise for honest governance. The survey also showed that 34% expressed indecision over Aquino's adherence to the straight path, while 29% say he did.

The Academy Awards are still five months away, but critics are already buzzing about this year’s lineup of films. From Gone Girl to Inherent Vice, we’ve listed some of the movies that might just make it to the big night.