Ezra Miller is The Flash, Bong Revilla is a highly paid actor, and more. 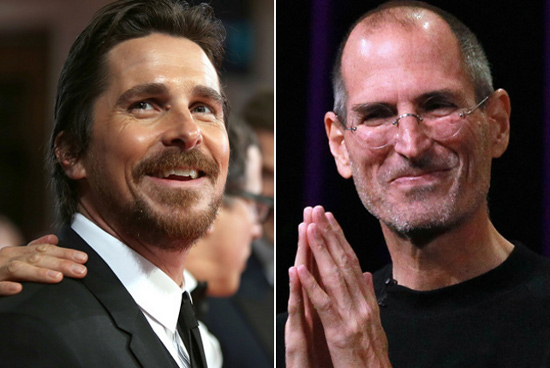 Less than two weeks after Leonardo DiCaprio broke off talks to play Steve Jobs, the studio has set its sights back on Christian Bale, who was also originally eyed for the role. Danny Boyle is directing the untitled film, which is based on Walter Isaacson’s book and adapted by Aaron Sorkin (The Social Network, The Newsroom).

2. Bong Revilla on hidden wealth: I earned it as one of the highest paid actors

Senator Ramon "Bong" Revilla Jr. denied hiding any ill-gotten wealth, saying he earned it as one of the country's highest paid actors.

He admitted to closing his bank accounts at the height of the pork barrel scam investigation, but he explained that he did this because he did not want his hard-earned money to be frozen. "I am not denying that. That is true. Kung sa inyo man mangyari pag di nilabas ang pera sa bangko, ifi-freeze ’yan. Paano naman pamilya mo? But we're not hiding anything. Lahat nang kinita namin, legal, walang iligal," Revilla said‎.

How I Met Your Mother and Gone Girl star Neil Patrick Harris will host the 87th Academy Awards in 2015. In a statement, the actor said, "It is truly an honor and a thrill to be asked to host this year's Academy Awards. I grew up watching the Oscars and was always in such awe of some of the greats who hosted the show. To be asked to follow in the footsteps of Johnny Carson, Billy Crystal, Ellen DeGeneres, and everyone else who had the great fortune of hosting is a bucket list dream come true."

He has previously hosted the Tony and Emmy Awards.

Senator Miriam Defensor-Santiago slammed Vice President Jejomar Binay for his refusal to answer the accusations against him at the Senate, saying, "With all of these accusations aired on news media and particularly in the social media, the silence of Mr. Binay and his lawyer to present counter-evidence is alarming."

The place for Binay to defend himself, the senator said, is the Senate. Santiago previously criticized Binay for snubbing the Senate's investigation at a speech on Friday last week, saying his silence implies guilt.

After the superhero’s surprising success on the small-screen, Warner Bros. has announced that a standalone Flash movie is coming in 2018, starring Ezra Miller. According to Variety, The Flash story revolves around Barry Allen, a scientist who awakens from a coma and is gifted with the power of super speed. Allen is a part of the Justice League and it is expected that Miller will have a cameo in the upcoming flick, Batman v Superman: Dawn of Justice.

According to Senator Antonio Trillanes IV, at least five more buildings in Makati City will be scrutinized by the Senate aside from the controversial Makati City Hall 2 parking building. These are the Makati Science High School Building, Makati City Hall 1, Ospital ng Makati, and the Friendship Suites.

Trillanes, who initiated the parking building investigation by the Senate Blue Ribbon subcommittee, said he would only stop investigating Vice President Jejomar Binay when they run out of documents and witnesses against him.

7. PH to ask for custody of US Marine Pemberton once arrest warrant is out

The Department of Foreign Affairs (DFA) will formally request custody of US Marine Private First Class Joseph Scott Pemberton only after an arrest warrant has been issued by a court. DFA spokesman Assistant Secretary Charles Jose said that the current stage is still in the preliminary investigation.

Pemberton is implicated in the death of a Filipino transgender woman named Jeffrey "Jennifer" Laude.

World leaders declared the Ebola outbreak the worst global health emergency in years on Wednesday amid stark warnings that the deadly virus was spreading. US President Barack Obama on Wednesday called on the world to do more, while insisting his own country would be "much more aggressive" in its response, after a second Texas hospital worker tested positive.

The newly infected Dallas caregiver took a domestic flight one day before she was quarantined, sparking global fears about air travel. The United Nations Security Council urged the international community to "accelerate and dramatically expand" aid to the West African countries battling the epidemic.

In a unanimously adopted statement, the 15-member body warned that the world’s response "has failed to date to adequately address the magnitude of the outbreak and its effects."

The Marvel universe says goodbye to the iconic character Wolverine. The first three books of the comic entitled Death of Wolverine will focus on the mutant losing his healing powers. Wolverine first appeared in "The Incredible Hulk #180" back in October 1974, and is scheduled to "die" on his 40th birthday.

H&M is finally opening its doors in the Philippines on Friday, and we’ve got a sneak peek at what you can expect.