CCTVs in buses, a new animated film from Disney, and more. 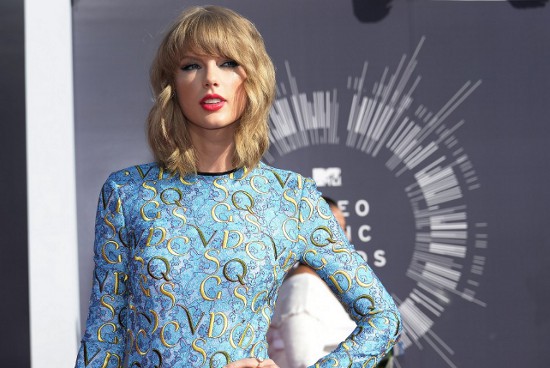 In a recent interview with Australian radio show Jules, Merrick & Sophie, Taylor Swift talked about her new album and songwriting process. When asked to comment on critics who claim she only writes about her romantic relationships, Swift briskly responded, "Frankly, I think that’s a very sexist angle to take. No one says that about Ed Sheeran. No one says that about Bruno Mars. They’re all writing songs about their exes, their current girlfriends, their love life and no one raises a red flag there."

The National Telecommunications Commission (NTC) is set to hold a public hearing on November 7 to discuss the telecommunication industry’s standards on the minimum speed of broadband connections. NTC has issued a notice of public consultation and hearing to major players in the telecom industry and required major shareholders to submit proposed changes on minimum Internet speeds on or before November 4.

Walt Disney Animation Studios is taking to the high seas with Moana, an animated comedy adventure set to hit theaters in late 2016. The film, directed by Ron Clements and John Musker (The Little Mermaid, Aladdin, The Princess and the Frog), revolves around a spirited teenager on an impossible mission to fulfill her ancestors' quest.

In the ancient South Pacific world of Oceania, Moana sets sail in search of a fabled island, and teams up with her hero, the legendary demi-god Maui. Along the way, she encounters enormous sea creatures, underworlds, and ancient folklore.

After a man took an NLEX bus hostage on Monday (October 20), a group of commuters are now pushing for CCTV cameras to be installed in buses. Two policemen were injured after trying to subdue the man, who was brandishing a knife.

5. SM vows to be more gender-sensitive

SM Supermalls vowed to be more gender sensitive after the backlash surrounding "rape shirts" that were sold in its department stores. Philippine Commission on Women (PCW) Executive Director Emmeline Verzosa said Queenie Cua, vice president for Marketing of SM Retail Inc., assured them in a letter that the incident won’t happen again.

Cua told PCW that they will be reviewing their internal guidelines for suppliers, promising to intensify their quality checking measures. The management of SM Supermalls also said it is one with the public in condemning any act that suggests disrespect to others.

ABC News has confirmed that Oscar de la Renta has died at the age of 82, after battling cancer. The legendary fashion designer’s work has been showcased by prominent First Ladies, including Nancy Reagan and Hillary Clinton. A-list celebrities like Jessica Chastain and Penelope Cruz were also great fans. Recently, de la Renta designed the wedding dress worn by Amal Alamuddin at her September wedding to George Clooney.

In an interview on ANC’s Beyond Politics on Tuesday (October 21), Vice President Jejomar Binay said he sees no need to attend the probe since senators conducting the inquiry have gone out of their way to "prejudge and humiliate him."

8. You have NU to thank for SM’s upcoming three-day sale

Then a joke, now a truth. SM Supermalls is having a three-day sale in honor of National University’s win in the UAAP Season 77 finals. Shoppers can enjoy the "SM Victory Sale" from October 24 to 26 at SM City Manila, SM City San Lazaro, and SM City Sta. Mesa. The SM stores in Quiapo and Harrison Plaza are also participating.

9. On the Spot: Madeleine Roux of Asylum and Sanctum, and Claudia Gray of A Thousand Pieces of You

We sat down with young-adult authors Madeleine Roux and Claudia Gray for a chat on writing advice, bucket lists, and their creative process.

10. Nancy Binay asks: What about the PDAF scam?

Senator Nancy Binay hit the Senate Blue Ribbon Committee on Tuesday for being "one-sided" and for "giving preference to requests made by administration senators." In a statement, Binay questioned the "apparent inaction" of the committee on PDAF-related documents that she allegedly requested "more than a year" ago.