A new award for Palawan, a Noli Me Tangere audiobook, and more. 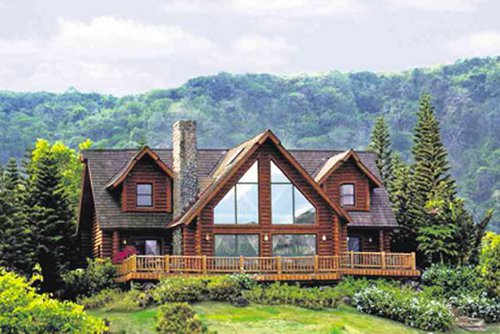 The plot thickens. At the resumption of the Senate Blue Ribbon committee hearing, former Makati Vice Mayor Ernesto Mercado presented documents that included receipts as proof that the Binays own property in Tagaytay. He said that there were billings for membership in the International Golf Club in Tagaytay Highlands addressed directly to Binay's residence at 8514 Kaong Street in San Antonio Village, Makati City.

Update: According to the Philippine Daily Inquirer, the Binay camp on Tuesday dismissed the documents, saying that the Vice President does not own any log cabin in Tagaytay Highlands in Cavite province.

2. US Secretary of State: No special treatment for Pemberton

US Secretary of State John Kerry assured the Philippines that no special treatment was being sought for US Private First Class Joseph Scott Pemberton, who is charged with the murder of Jennifer Laude.

"We’re not seeking a special privilege, and everybody’s rights will be appropriately protected. And that is exactly what we will do here," Kerry told reporters after meeting his Filipino counterpart, Albert del Rosario, on Monday. "Due process will play out, and we will work with the Philippines in order to make certain that rule of law and the agreement are upheld," he added.

The Internet was abuzz when actress Renee Zellweger stepped out for ELLE’s Women in Hollywood event, looking nearly unrecognizable. The Oscar-winning actress has starred in films such as Chicago, Bridget Jones’ Diary, and Jerry Maguire.

The Department of Health (DOH) is allocating P500 million in the country's fight against the Ebola virus, Health Secretary Enrique Ona told a Senate hearing Wednesday. Ona said the budget would be taken from its departmental quick respond fund. He added that the Research Institute of Tropical Medicine (RITM) would be the primary hospital to handle Ebola cases, while around 20 government hospitals will also be retrofitted to handle Ebola-stricken patients, with three to be designated specifically as treatment centers.

5. Watch: A sneak peek of The Voice PH Season 2

If you’re excited for the upcoming season of the hit reality show, watch a sneak peek of the blind auditions. The show is set to return on October 26, with coaches apl.de.ap, Lea Salonga, Sarah Geronimo, and Bamboo Mañalac.

Businessman Antonio Tiu is set to file defamation charges against Senator Antonio Trillanes III, his lawyer said Wednesday. The civil case is scheduled for filing on Wednesday morning, but the lawyer refused to divulge details on the complaint. Trillanes has responded, saying he will face the charges "head-on."

Time to book your next vacation. Palawan was named the Top Island in the World by Condé Nast Traveler magazine in its 27th Readers’ Choice Awards. The island beat out the likes of Bora Bora in French Polynesia, Maui in Hawaii, and Bali in Indonesia.

We’re going to be selecting a new president soon and we want to pick the right one. We ask the burning questions: How many kids do they have? Which celebs have they dated? Are they great dancers?

British actor Richard E. Grant was at the Philippine Embassy in London to launch an English language audiobook of classic Filipino novel, Noli Me Tangere. Grant, who currently stars in the hit television series Downton Abbey, was tasked to narrate the Jose Rizal novel in a new audiobook, using a popular English translation from 1961 by Leon Maria Guerrero III, a former ambassador of the Philippines to the United Kingdom.