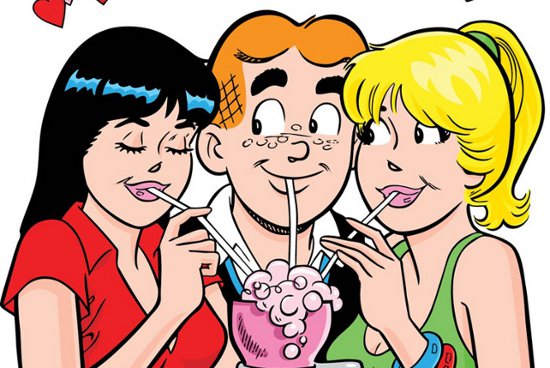 1. An Archie TV adaptation is in the works

Fox is developing a modern-day drama entitled "Riverdale," based on the popular Archie characters. The show will follow the  gang of Archie, Betty, Veronica and their friends, as they explore the surrealistic twists of small-town life, in addition to the darkness and weirdness behind Riverdale’s wholesome facade. Arrow and The Flash producer Greg Berlanti will also be helming the show.

Microsoft looks set to ditch the Nokia name from its Lumia range of smartphones just months after buying the Finnish company’s handset business. According to a post on Nokia France’s Facebook page on Tuesday, the page will change its name to Microsoft Lumia "in the coming days."

3. An inside look at the controversial Batangas estate

Is it Tony Tiu’s or Vice President Jejomar Binay’s? We don’t know just yet, but Tiu gave Senator Antonio Trillanes IV and the media a tour around the 300-hectare Batangas estate. See for yourselves.

A physician with Doctors Without Borders who returned to New York City after treating Ebola victims in West Africa has tested positive for the virus, the New York Times said on Thursday. Dr. Craig Spencer developed a fever and gastrointestinal symptoms after working for the humanitarian organization in Guinea, one of three West African nations hardest hit by Ebola.

Senator Bong Revilla summed up his thoughts on the millions of pesos that he allegedly received as pork barrel funds:

"I have done over 100 movies and all those films earned profits. Not one of my films flopped in the box office. I earned the amounts they mentioned during the hearing legally," Revilla said on Thursday."Modesty aside, the amounts the prosecution accused me of stealing were loose change for me. I worked hard to provide for my family. My wife and I worked hard for what we have now."

6. Watch: Meryl Streep singing in Disney’s Into the Woods

Meryl Streep plays a witch in the new Disney musical, and she’s joined by other cast members, including Anna Kendrick as Cinderella and Daniel Huttlestone as Jack. The film is directed by Rob Marshall and is slated for a Christmas release.

MTV announced that singer and actress Sarah Geronimo has won Best Southeast Asia Act at the 2014 MTV Europe Music Awards (EMA). Following her victory, Geronimo now has the opportunity to be voted into the Worldwide Act category, the winner of which will be revealed at the MTV EMA in Glasgow. For her to advance into the category, fans must cast their votes at mtvema.com until October 29.

8. An app that can scan and solve math equations instantly

Have numbers always gotten you stumped? This app might make your life a lot easier. Based on the promo clip, PhotoMath, dubbed a "smart camera calculator," appears to use smartphone cameras to scan a photo of a math equation in a textbook and display the answer instantly-similar to apps that scan barcodes and takes users to a link in a web browser. It looks like the app can also show step-by-step instructions for solving the problem.

It’s the weekend! How about a trip to Katipunan Extension and White Plains? We promise you won’t run out of things to do (or eat).

10. The Peninsula Manila raises funds and awareness for breast cancer

Indulge in delectable cakes (and tea), and donate to a worthy cause at The Peninsula Manila. The "Peninsula in Pink" initiative will feature French-inspired "Peninsula en Rose" Afternoon Tea, pink French pastries, and pink cocktails. For every purchase, a donation will be made to the Philippine Foundation for Breast Care, Inc.