Spend a night in Gryffindor Tower, the Marvin and Jolina tandem lives, and more. 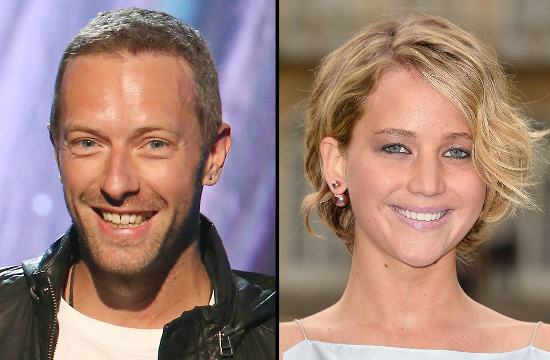 Jennifer Lawrence and Chris Martin surprised everyone when they began dating back in August. The 24-year-old actress was reported to have initiated the breakup with the 37-year-old Coldplay singer, a source told People magazine.

2. Revilla suspended soon, but staff to get salaries

By next week, the Senate will implement the Sandiganbayan's order suspending Senator Ramon "Bong" Revilla Jr. from work for 90 days as he faces plunder charges in connection with the pork barrel scam. Following the court’s order, Revilla will be suspended from his job beginning November 30. "During the 90-day period, his salaries and the emoluments of his office will be suspended," said Senate President Drilon.

He added, however, that Revilla's employees will continue to receive their salaries and benefits.

No, it’s still not a three-day weekend. The Metropolitan Manila Development Authority (MMDA), however, will suspend the number coding scheme on October 31. MMDA Chairman Francis Tolentino explained that the suspension was in consideration of motorists and commuters traveling to the provinces for All Saints and All Souls days.

5. Spending a night in Hogwarts is now possible

...if you happen to be in London, that is. The Gregorian House Hotel lets Harry Potter fans spend a night in Gryffindor Tower for about $400. Two of its rooms have been altered to look like Hogwarts sleeping quarters, complete with four-poster beds, cauldrons, and more "wizardly details."

President Benigno Aquino III on Tuesday said he did not agree with groups calling for his re-election. "Even [if] there are some quarters that were saying I should try and go for a second term, I don't think that's a right solution," he told members of the Semiconductor and Electronics Industries in the Philippines (SEIPI) during their general meeting at The Peninsula Hotel in Makati City.

7. Oh babe: Marvin and Jolina reunite for a teleserye

It’s the ’90s all over again. Nearly two decades after their love team debut on Gimik, Marvin Agustin and Jolina Magdangal are reuniting for the ABS-CBN teleserye, Flordeliza. The show will be directed by Wenn Deramas, who was also behind the pair’s 2002 film, Kung Ikaw ay Isang Panaginip.

8. PH in top 10 global list of gender equality at work

According to a report published by the World Economic Forum (WEF) Tuesday, the Philippines placed in the top 10 most gender-equal countries. The report, which covered 142 countries, looked at how nations distribute access to healthcare, education, political participation, resources, and opportunities between women and men.

It was an error in the errata. The House appropriations panel chief fended off accusations that the controversial errata in the 2015 budget which the House of Representatives is rushing involved a whopping P450 billion. "The issues being created regarding the budget amendments or errata are actually erroneous and misleading. The amendments in the budget resulted in a net effect of only P4.7 billion," Davao Representative Isidro Ungab said.

We say, don’t be generic. Be relevant. In this year’s roster of DIY costumes: a controversial kitty, a talking tree, and Jake Cuenca’s naked truth.