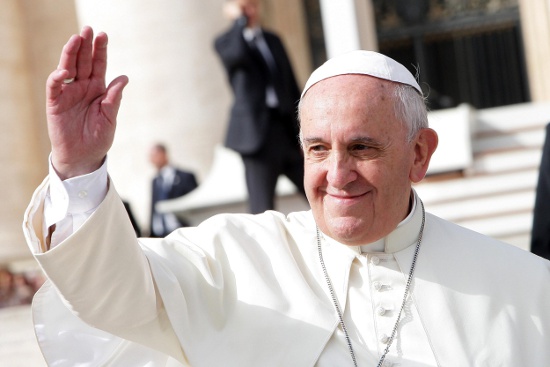 1. Pope Francis says Big Bang theory does not contradict the role of God

Scientific theories including the "Big Bang" and evolution are not in conflict with Catholic teaching, Pope Francis said, addressing a meeting of the Pontificial Academy of Sciences on Tuesday. "The beginning of the world is not the work of chaos that owes its origin to something else, but it derives directly from a supreme principle that creates out of love," he said. "The Big Bang, that today is considered to be the origin of the world, does not contradict the creative intervention of God, on the contrary it requires it."

On evolution, the Pope had this to say: "Evolution in nature is not in contrast with the notion of (divine) creation because evolution requires the creation of the beings that evolve."

The Senate’s Blue Ribbon committee on the accountability of public officers and investigations has formally invited Vice President Jejomar Binay to an inquiry on the alleged overpricing of the Makati City Hall Building II on November 6. This comes after Binay previously said that he would consider attending the probe if the mother committee (i.e., the Blue Ribbon), and not just the subcommittee, were to invite him.

Graft and plunder charges were filed against Senate President Franklin Drilon, Tourism Secretary Ramon Jimenez, Public Works Secretary Rogelio Singson, and other Department of Public Works and Highways officials before the Ombudsman on Wednesday. The charges stemmed from the allegedly overpriced Iloilo Convention Center, a purported P700-million pet project of Drilon being carried out by Hilmarc's Construction Corp., the contractor of the allegedly overpriced Makati parking building.

4. A "family drama" for Richard Gomez and Dawn Zulueta

The pair will also co-star with Bea Alonzo in a movie tentatively titled Crossroads, slated for a 2015 release.

5. Revilla says he'd give up all of his wealth if it's proven ill-gotten

Government prosecutors earlier asked the Sandiganbayan First Division to secure P224 million worth of Revilla’s assets, equivalent to the amount that he has been accused of receiving as kickbacks from the pork barrel scam.

It turns out that Daniel Radcliffe can rap. Really, really well. He flawlessly performs the song "Alphabet Aerobics," with the help of The Tonight Show host, Jimmy Fallon.

Angry shoppers caused a scene in a mall late Tuesday, after a smartphone company abruptly stopped its "super sale" hours before its scheduled end. Hundreds flocked to a ZTE kiosk in SM City North EDSA and refused to leave after store managers announced that the particular branch had run out of units for the sale. The company reportedly clarified that for each participating outlet, only 100 units of the brand’s Grand X2 L smartphone were part of the promo.

Ever wondered what’s inside that tall Globe Tower? Take a sneak peek inside this 28-storey building.

Still looking for a Halloween party? We’ve got you covered. Put on your best (and funniest) costume, and head to any of these gigs, parties, and events all happening this Halloween week-there are over 30 for you to choose from!