Weather updates, Senate probes with an alleged price tag of P50M, and more. 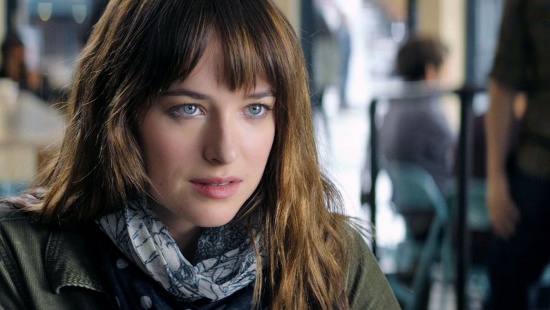 The wait is over...almost. The new Fifty Shades of Grey trailer has arrived, and it features another Beyonce track and steamier bedroom scenes. The highly anticipated movie adaptation is set for a Valentine’s Day release next year.

Remulla, however, wasn’t able to elaborate on his allegation, and Senator Teofisto "TG" Guingona III, chairman of the Blue Ribbon Committee, denied the allegation. "It has no basis. Whenever we conduct BRC hearings, it is scheduled on [a] regular working day and no extraordinary funds were spent," said Guingona.

3. Lorde fires back at Diplo for his comment on Taylor Swift’s behind

On Wednesday, DJ and music producer Diplo tweeted that "someone should make a Kickstarter to get Taylor Swift a booty." While Swift unsurprisingly hasn't weighed in on Diplo's tweet or the campaign, her friend Lorde did. The latter tweeted at Diplo that, if he wants to do something about Swift's butt, she's wondering if the world "should... do something about your tiny penis while we're at it." Burn.

Here’s some good news for the payday weekend: expect weather that won’t dampen any of your plans. According to the Philippine Atmospheric, Geophysical and Astronomical Services Administration (PAGASA),  no weather disturbances are seen to enter the country this weekend, although two to three tropical cyclones are still expected this month.

One of 133 Filipino peacekeepers who returned from Ebola-stricken Liberia last Wednesday has been isolated after showing symptoms of fever, the Department of Health (DOH) said Friday. DOH Acting Secretary Janette Garin said the peacekeeper is undergoing tests after experiencing fever, chills, and weakness, but clarified that there is no confirmed case of Ebola in the Philippines yet.

James Franco is taking the title "actor-turned-musician" to another level. First, he’s writing a collection of poems about his favorite songs then turning those poems to songs. The end result is the upcoming Smiths tribute album from the actor’s band Daddy, and the project already has the approval of 25 percent of the Smiths. Bassist Andy Rourke will be playing on the record. As if that’s not enough, each song will be accompanied by a short film.

7.  Brace for heavy traffic near Mandaluyong mall this weekend, says the MMDA

Motorists and commuters may have to brace for heavy traffic at a portion of EDSA in Mandaluyong City this weekend due SM Megamall’s three-day sale from November 14 to 16. Then again, there are plenty of sales everywhere else, too.

8. P-Noy: No need to speak to Obama about Laude murder

While President Benigno Aquino III had the chance to speak with US President Barack Obama "one or two" times in Myanmar, he said he saw no need to broach the topic of the murder of transgender Jennifer Laude, allegedly at the hands of a US Marine. Aquino added that the Laude case can be "handled at a lower level."

9. 10 Great Restaurants You Might Not Have Heard About Yet

Call them hideouts, underrated, or maybe even under-marketed. These under-the-radar restaurants may not be bursting at the seams (just yet), but they flaunt great flavors.

We get you all geared up for some hardcore Christmas shopping with our annual list of bazaars in the city. We promise more than a handful of interesting finds.