The FOI bill moves to plenary hearings, Katy Perry is set to perform at the Super Bowl, and more. 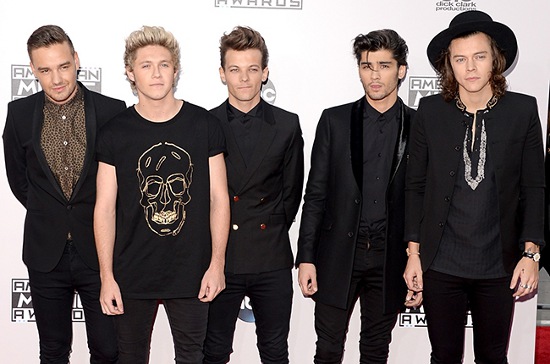 Avid or aspiring Photoshop users can soon get the popular image processing software running on their browsers. According to the website The Verge, Adobe has worked with the folks in Google to finally get a working version on the browser. "The application is downloaded via the Chrome Web Store, and when you open it up you’re actually connecting to a server which is running the desktop version of Photoshop CC 2014," it said.

Former Makati Vice Mayor Ernesto Mercado admitted that his family owns the Coron Underwater Garden Resort in Palawan. He, however, denied that the property is several hundred hectares as Vice President Jejomar Binay’s camp claimed. He added that his ownership of the "islet" was fully documented by the Coron municipal government.

Katy Perry will perform in the Super Bowl 49 halftime show next February, the singer and the National Football League confirmed Sunday. The gig is one of the most-watched performances of the year. The most recent Super Bowl halftime extravaganza featured Bruno Mars and the Red Hot Chili Peppers and drew a record 111.5 million US TV viewers last February.

Senator Miriam Defensor Santiago on Monday criticized the proposed 2015 national budget, referring to it as having "two dangerous minefields leading to corruption" namely pork barrel funds and an "over-broad" and "vague" definition for "savings." She goes on to say in the privilege speech that "While legislative lump sums are huge, the presidential lump sum is even bigger, amounting to over P500 billion for 2015 alone."

The Department of Health's (DOH) P1-billion proposed budget for family planning supplies hangs in the balance after Senator Vicente "Tito" Sotto III questioned the lack of certification from the Food and Drug Administration (FDA) during Monday's budget deliberations.

The Freedom of Information (FOI) bill on Monday has finally hurdled the committee level in the House of Representatives. This comes after the technical working group (TWG) finished consolidating the 24 versions of the FOI bill, which seeks to promote transparency and accountability in government transactions.

The bill then moves on to the plenary for second reading when it will be open for debates and amendments.

8. Roque to file complaint vs P-Noy before international court

University of the Philippines (UP) law professor Harry Roque on Monday said he is keen on filing a case before the International Criminal Court (ICC) against President Benigno Aquino III over the slow resolution of the Maguindanao massacre case. Roque said Aquino can be held responsible over the slow pace of the trial related to the massacre, dubbed as the "worst’s largest-ever single attack against journalists."

Don’t finalize your Christmas wish list just yet! From Breaking Bad to Doctor Who, here are 10 fun and geeky items any fan would be ecstatic to unwrap come Christmas Day.

10. 10 Outstanding Filipino Chefs and Where They Love to Eat

We asked 10 of the most popular and prolific chefs for their go-to restaurants. Their answers may surprise you.