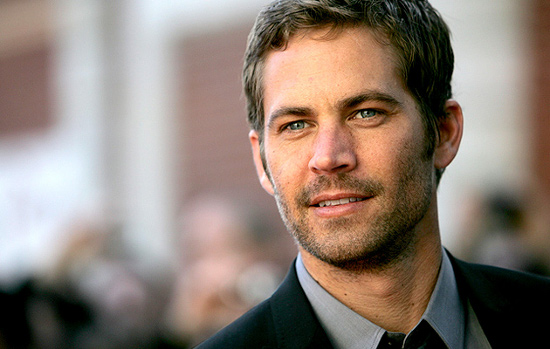 It's been a year since Paul Walker died in a tragic accident on November 30. His father, younger brothers, and Fast and the Furious co-stars were among those who paid tribute to the late actor.

Former Laguna Beach star Lauren Conrad attended her 10th-year high school reunion on Sunday. She was also joined by other castmates from the MTV reality show, including Lo Bosworth and Jen Bunney. Kristin Cavallari and Stephen Colleti were unfortunately not in attendance.

Justice Secretary Leila De Lima said Sunday she is seeking to block extramarital dating site Ashley Madison in the country. "The website is a platform that allows illegal acts to be eventually committed. A ban may be enforced," De Lima said in a statement. "The [telecommunications companies] will have to do their part to ensure that illegal content and websites that are used to drive illicit conduct are not used."

The Canada-based firm, which has the slogan: "Life is short. Have an affair," recently launched their website in the Philippines. Reports say that at least 2,500 Filipinos have already signed up.

Ousted Laguna Governor Emilio Ramon "ER" Ejercito expressed his anger toward President Benigno Aquino III for what he said was "unfair treatment" that he and his relatives have allegedly been subjected to by the administration. On Saturday, he spoke up for the first time since the Supreme Court upheld the Commission on Elections (COMELEC) decision to unseat him for overspending during the May 2013 elections.

The state weather bureau is tracking a cloud formation over the Pacific Ocean that could develop into a storm and enter the Philippine area of responsibility (PAR) by Friday. While over the sea, the LPA could intensify into a cyclone before it enters the PAR. The low pressure area (LPA) was spotted 2,000 kilometers east of Mindanao.

Philippine Airlines is ramping up services to key destinations in the Philippines and abroad, including Japan and the United States, ahead of the peak Christmas holiday season, the company said Monday. Services to Japan would get the biggest boost with the launch of two pioneering routes from Cebu to Osaka four times weekly from December 19 and to Nagoya three times weekly from December 20.

Other destinations with similar expansions include Honolulu, San Francisco, Los Angeles, Guam, and the Middle East. Local flights will also increase in frequency to cater to the holiday demand.

The German camera brand, Leica, has arrived in the Philippines, with its first-ever store in Greenbelt 5 in Makati. Leica’s much-awaited arrival in the country coincides with the brand’s celebration of its 100th year.

8. Maserati owner: I was the victim

The owner of the infamous blue Maserati Ghibli involved in the mauling of an MMDA traffic constable, businessman Joseph Russel Ingco, surfaced on Friday, claiming that he was the victim in the controversial incident. He said he would pursue charges against the traffic enforcer named Jorbe Adriatico.

Contrary to Adriatico's narration, Ingco said: "That's not true. He was grabbing my shirt while I was driving. I really wanted to escape. I was scared."

Before you order another bucket of chicken, make sure to offer a great contribution to your Christmas feast. We give you 10 other savory options that you might want to consider instead.

From people who became memes to bad decisions that entertained the populace, here are 2014’s biggest headliners.