"House of Cards" returns in February, Scarlett Johansson is married, and more. 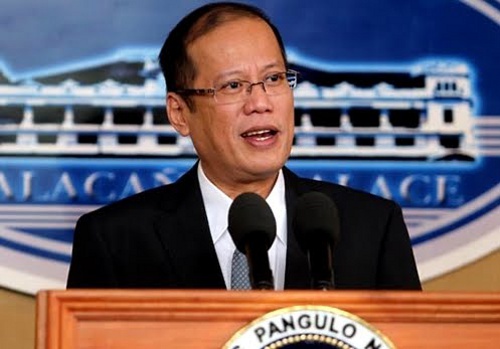 President Benigno Aquino III has signed a law providing scholarship benefits for poor but deserving students from public high schools. Republic Act 10648, or the Iskolar ng Bayan Act of 2014, was signed by Aquino last Thursday. Under the new law, all state universities and colleges (SUCs) are mandated to provide automatic admission and scholarship grants to the top 10 public high school students of their respective graduating classes.

The University of the Philippines System is not covered by the new law, according to an interview with UP Vice President for Public Affairs Prospero de Vera, because it has institutional autonomy as the national university.

2. WHO lowers Ebola toll by nearly 1,000 after Liberia counting "error"

The World Health Organization (WHO) on Monday clarified that more than 6,000 people had died from Ebola and not nearly 7,000 as earlier reported, blaming it on "an error" in numbers from Liberia. "The cumulative total number of deaths in Liberia is 3,145," it said, down from Friday's figure of 4,181.

According to the revised data, the worst Ebola epidemic on record has now claimed 5,987 lives in the three countries at the heart of the outbreak in West Africa.

The storm dubbed Hagupit may arrive sooner than expected, state-run Panahon TV said Tuesday. It is expected to enter the Philippine Area of Responsibility (PAR) on Thursday, despite being originally forecasted to enter Friday. Once it reaches PAR, Hagupit will be locally named "Ruby."

Justice Secretary Leila de Lima said on Monday that the DOJ’s Office of Cybercrime is seeking to ban the Ashley Madison website without violating provisions under Republic Act 10175, or the Cybercrime Prevention Act.

In a decision last February, the Supreme Court upheld the constitutionality of the Cybercrime Prevention Act but struck down some of its portions, including Section 19 or the "takedown clause," which would have empowered the DOJ to restrict or completely block access to websites. "Perhaps, if proper refinements can be made to that original provision about the ’takedown’ powers of the DOJ, baka isa yan sa mga puwede na ma-consider sa enforcement," said De Lima.

The House of Representatives has approved on third and final reading a bill seeking to exempt persons with disabilities (PWDs) from paying value-added tax (VAT) on certain goods and services. The bill seeks to include the exemption for PWDs on top of the 20 percent discount they have for medical, transportation, and recreational services.

Included among the exemptions are: medical and dental services, purchase of medicines in all drugstores, admission fees charged by theaters and cinema halls, and public railways, skyways, and bus fare.

Surprise, Scarlett Johansson is married! The Granite County Clerk in Philipsburg, Montana confirmed that the actress tied the knot with fiancé Romain Dauriac on October 1. The secret wedding took place less than a month after the couple welcomed their first child in September.

8. House of Cards returns in February

Fans of riveting backstabbing, Machiavellian politics and Kevin Spacey's southern accent will finally have something to look forward to come February. The third season of House of Cards is slated to return on February 27, and stars Spacey and Robin Wright.

9. 10 Things You Want From Santa Claus This Christmas

It’s almost the end of the year, which means it’s time to choose the perfect planner. There are dozens upon dozens of choices out there, but we’ve handpicked 50 of the best to suit every lifestyle and budget.