"Hagupit" is now a typhoon, updates on the tax exemption bill, and more. 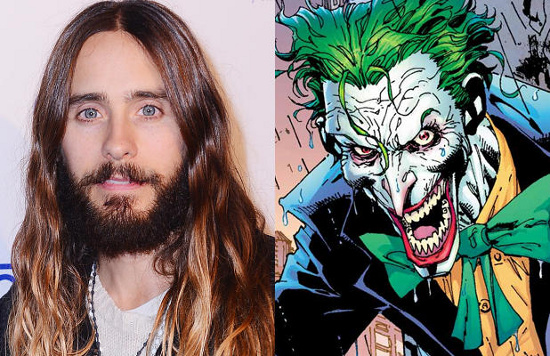 Photo via The Wrap

1. Meet the cast of the new DC film, Suicide Squad

Warner Bros. has finally completed its cast for director David Ayer’s Suicide Squad: Margot Robbie as Harley Quinn, Will Smith as Deadshot, Tom Hardy as Rick Flagg, Cara Delevingne as Enchantress, and Jared Leto as the Joker. The film is set for release on August 2015.

Let’s face it: The Victoria’s Secret Fashion Show is arguably one of the most exciting events of the year. For the first time, the brand brought its annual flagship lingerie show from New York to London. Taylor Swift performed for the second year in a row, and was joined by Ed Sheeran, Ariana Grande, and Hozier.

Despite earlier forecasts, a cyclone with the international name "Hagupit" has intensified into a typhoon outside the Philippine Area of Responsibility (PAR). The typhoon threatens areas in the eastern section of the country, and packs maximum sustained winds of 130 kilometers per hour (kph) near the center and gusts of up to 160 kph.

The Philippines ranked 85th out of 175 countries in the Corruption Perception Index (CPI) for 2014, a few spots higher than its rank at 94th last year. Transparency International said the Philippines got a score of 38 on a scale of 1 to 100. The CPI scores countries from 0 (highly corrupt) to 100 (very clean).

The government will lose up to P30 billion in revenues and only 6 percent of employees or 1.5 million workers will benefit as a result of the higher tax exemption for 13th month pay and bonuses, Bureau of Internal Revenue Commissioner Kim Henares said on Tuesday. She also said she does not know if President Aquino will veto the tax bill, but added that the government will be "hard pressed" to make up for the P30 billion revenue loss when the tax exemption ceiling is raised to P82,000.

Lawyer Romulo Macalintal, who represented the Catholic church in previous cases, said commercial establishments should heed the call of Manila Archbishop Luis Antonio Cardinal Tagle not to use welcome banners for Pope Francis for their own interests. In a statement, Macalintal slammed establishments along EDSA that have already displayed billboards with their companies’ logos.

"There’s nothing wrong in welcoming Pope Francis by displaying banners. I hope the banners will not be used to promote one's self. Baka naman in the end, hindi mukha ni Pope ang nakalagay," he said.

Manny Pacquiao took to Instagram to fire a jab at the unbeaten Floyd Mayweather with a photo of his latest fight against Chris Algieri. "Stop throwing punches on Instagram and let’s get in the ring," was the caption of the photo, along with the hashtags "#TBE" and "#TheBestExcuses."

Mayweather has taken to calling himself "TBE," which stands for "The Best Ever."

A woman named Judith Huth has sued Bill Cosby, claiming the comedian molested her around 1974 when she was 15 years old. In the sexual battery lawsuit filed Tuesday, the molestation allegedly occurred in a bedroom of the Playboy Mansion. Huth's suit states that she and a friend first met Cosby at a Los Angeles film shoot and the comedian gave them drinks a week later at a tennis club. She added that Cosby then took them to the Playboy mansion after several drinks.

9. 10 Fun Apps to Play at Your Christmas Party

We’ve all attended at least one of those uncomfortable Christmas get-togethers. Skip the awkward silence and let technology help. Whether you're flying solo or with a group of friends, use your mobile phone for something more fun than Facebook at your next party.

10. SPOT.ph’s Food Gifts List: 10 Yummy Things to Give This Christmas

Still stumped on presents this holiday season? You can never go wrong with food, especially with these 10 great food that double as great gifts.