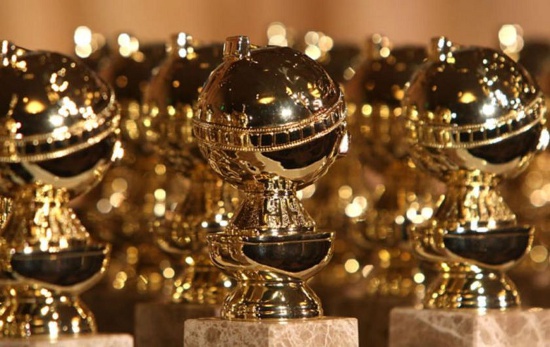 Prepare to be happy...or outraged. It really depends on what you're rooting for. The Golden Globes announced their nominations on Wednesday, with Birdman leading the pack with seven movie nominations. Best Director nominations include Wes Anderson, David Fincher, and Richard Linklater. For Best Actor in Drama categories, the list includes Steve Carell, Benedict Cumberbatch, and Eddie Redmayne, while Rosamund Pike, Felicity Jones, and Julianne Moore scored nods for Best Actress in Drama. On the TV front, House of Cards, Downton Abbey, and Game of Thrones were among those nominated. Click on the link for the full list of nominees.

After tying the knot in Palawan, TV host Bianca Gonzalez and basketball player JC Intal celebrated their wedding reception at the Smart Araneta Coliseum on Wednesday. Among the guests were Kris Aquino, Marian Rivera and Dingdong Dantes, and JC's teammates from the PBA.

3. Purisima stays in White House, even as Espina takes over PNP

In more embattled Purisima news, Senate President Franklin Drilon urged the President on Friday to immediately decide on the fate of the suspended PNP chief, in lieu of the upcoming visit of Pope Francis and the Asia-Pacific Economic Cooperation (APEC) Ministerial Meetings next year.

According to the United States Embassy, the US government will give P33.4 million in emergency humanitarian assistance to the Philippines for Tropical Storm Ruby, praising the administration "on its extensive preparations" and "successful response in the wake of the storm."

The aid will be given through the US Agency for International Development's (USAID) Office for Disaster Assistance.

What was Senator Miriam Defensor-Santiago’s reaction to the latest survey on presidential candidates? "Big deal." The third-ranking Santiago continued, "I'm already a battered veteran in politics so these things are not able to shake my equanimity. There's still more than a year before the elections." She also added that being considered No. 3 was a "good place to be."

Vice President Jejomar Binay’s approval and trust ratings plummeted in the latest Pulse Asia survey after being linked to alleged corruption during his time as mayor of Makati. His approval rating dropped from 66 percent in September to 45 percent in November. His trust ratings also fell from September (64 percent) to November (44 percent).

The survey was conducted right after Binay rejected an invitation to appear before a Senate Blue Ribbon committee investigation on various corruption allegations in Makati City.

17 overseas Filipino workers (OFWs) from Ebola-hit countries are currently undergoing quarantine procedures in the Philippines after returning home last week, according to the Department of Health (DOH). Among the OFWs, 15 are in Metro Manila, one in Cebu, and another one in Davao City. Protocol requires the said balikbayans to undergo quarantine for 21 days.

The annual New Year festivities along Ayala Avenue held by the Makati City government have now been cancelled, according to a post on the city’s website. The P30 million budget for the countdown will instead be distributed across local governments to help those hit by the storm in the Visayas region.

There’s just something about carbonara that reminds you of home. It’s easy to prepare and is found in most restaurants. We, however, took it upon ourselves to scour the metro for the best...just in case you wanted to eat out for a change.