A possible holiday in January, the MMDA will provide free airport shuttle service for the holidays, and more. 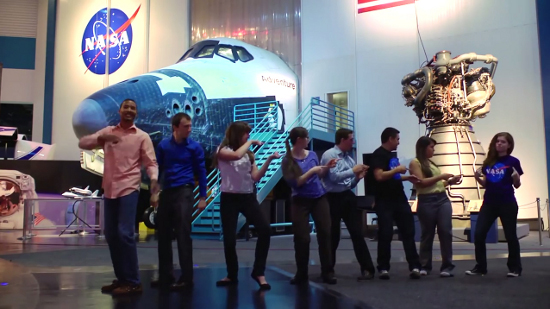 Who says science isn't fun? Interns at the US National Aeronautics Space Administration (NASA) created the fun video "All About That Space" to parody singer Meghan Trainor's hit song, "All About That Bass." The video was created to drum up interest over Orion (a multi-purpose crew vehicle built to carry astronauts into deep space) and its first flight to explore the unknown depths of the universe.

Earlier this week, photo-sharing platform Instagram announced it has surpassed Twitter in terms of the number of users (the latter breaching the 300-million mark). When asked about it, Twitter co-founder Evan Williams replied that he does not "give a sh*t."

"If you think about the impact Twitter has on the world versus Instagram, it's pretty significant. It's at least apples to oranges," he said. "Twitter is what we wanted it to be. It's this real-time information network where everything in the world that happens on Twitter-important stuff breaks on Twitter and world leaders have conversations on Twitter. If that's happening, I frankly don't give a sh*t if Instagram has more people looking at pretty pictures."

Starting Monday, December 15, the Metropolitan Manila Development Authority (MMDA) will begin offering free shuttle services to airline passengers headed to the Ninoy Aquino International Airport’s Terminals 2, 3, and 4. The MMDA will be using six buses for the service, with Baclaran and the SM Mall of Asia as pick-up points. Airline passengers have to show their airline tickets to avail of the service, which will run until December 23.

Here's some good news...hopefully. Malacañang may declare the five-day visit of Pope Francis to the Philippines in January next year a holiday but advised the public to wait for an official announcement.

Press Secretary Herminio Coloma Jr. said the government is "doing its best" to make the January 15 to 19, 2015 Papal visit successful, which includes ensuring that everyone witnesses the event. He added that declaring a holiday would help authorities "manage traffic in Metro Manila," particularly along roads where the Papal motorcade is expected to pass.

On Friday, the Land Transportation Office (LTO) revoked the driver's license of Joseph Russel Ingco over his controversial run-in with traffic enforcer Jorbe Adriatico. The LTO issued the resolution over Ingco's alleged violations for reckless driving, committing a crime in the process of apprehension, and driving an unregistered vehicle, spokesman Jason Salvador said. He added that there was also a fine of P10,000 for each of the violations.

Ingco's lawyer Edgar Padernal, however, said they were never given any notice or summons, but Salvador said it was not necessary for the LTO to call upon him. Salvador said that the LTO based its decision on existing records which reveal that Ingco already has four instances of reckless driving prior to the recent controversy.

According to Representative Winston Castelo, unclaimed lotto prizes amounting to P3.35 billion should be transferred to the Department of Social Work and Development (DSWD). In a statement, he said, "The effective and efficient disposition of significant financial resources to benefit rightful beneficiaries and families will further boost the mandate of DSWD."

President Benigno Aquino III has said he is already scouting for the next Philippine National Police (PNP) chief. P-Noy said he is aware that acting PNP Deputy Director General Leonardo Espina is scheduled to retire in July next year. Meanwhile, Purisima will also reach the mandatory retirement age of 56 by November 25.

"So, regardless, parang with or without this issue, naghahanap na din tayo dito. Titingnan natin ’yung track record ng all of the contenders," Aquino said.

President Aquino has announced that he "won't impose his will" on members of the Liberal Party (LP) regarding their chosen presidential candidate for 2016. "I am the very first person who does not dictate. I will go for the consensus of our allies," the President told reporters last Friday.

Aquino said his voice "should be even less of value" than the party’s consensus, adding, "It should not be I but we, because we are a coalition."

This year, we saw plenty of "unfounded, completely baseless, and malicious" smear tactics. From Wikipedia-based discussions on the Iloilo Convention Center to the highly debated "Hacienda Binay," we give you the 10 Best "Baseless Accusations" of 2014.

There’s so much more to see and do in Ortigas Center beyond its gleaming skyscrapers and colossal shopping malls. We give you 10 great ideas if you happen to be in Manila’s other bustling business district.