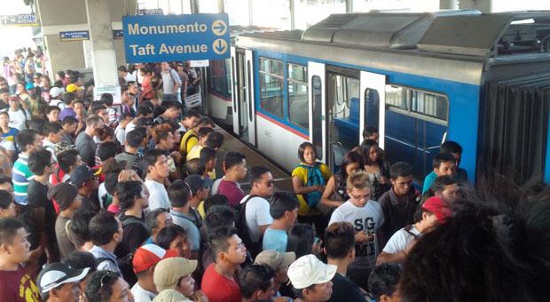 According to a document, convicted bank robber Herbert Colangco made the request to bring in construction materials for the supposed renovation of the "Inmates Coordination Council and Action Center" on October 30, 2013. A GMA News source said that the materials were instead used to build Colangco’s recording studio. Bucayo was already assigned by President Benigno Aquino III as the BuCor chief on March 5, 2013. However, he said he knew nothing about the request since it never reached his office.

3. Robin Padilla: "I saw shabu being cooked inside Bilibid"

Padilla added that he worked with then Bureau of Corrections Director General Vicente Vinarao to stop the drug-related activities among inmates, but this was discontinued when Vinarao was replaced.

Metro Manila and the rest of Luzon will be partly cloudy to cloudy with isolated rainshowers or thunderstorms, the Philippine Atmospheric, Geophysical and Astronomical Services Administration (PAGASA) said Friday. Light to moderate rains are expected in most parts of the country, including the Bicol region, Visayas, and Mindanao.

Meralco customers have more reason to celebrate this holiday season, thanks to a Court of Appeals ruling that upheld the refund of P5.176 billion in transmission-line loss charges (which resulted in customers being overcharged). "Meralco shall abide and comply with any executable order from the court or the [Energy Regulatory Commission] in this regard," Meralco first vice president and legal services chief William S. Pamintuan said.

Meralco plans on refunding customers "by way of automatic deduction of the amount of refund to computed monthly generation rate."

6. Government orders telcos to prepare networks for holiday surge in calls, data use

The National Telecommunications Commission (NTC) has ordered telecom companies to ensure uninterrupted service during the holidays amid the anticipated surge of SMS and voice calls. It also ordered that all unlimited types of service (including Internet or broadband) should not exclude the following dates from uninterrupted service: December 23 to 26, December 30 to 31, as well as January 1 to 2.

The country's first Muslim national artist, Dr. Abdulmari Asia Imao, will be given full state honors on his funeral as part of the government's tribute for his contributions to art and culture. Imao passed away on December 16 at the age of 78.

He was recognized with several awards, including being named among the Ten Outstanding Young Men of the Philippines in 1968, and the Gawad Patnubay ng Sining by the City of Manila in 1985. He was also awarded the Gawad CCP para sa Sining in 1990 and the Presidential Medal of Merit in 2005. In 2006, Imao was declared a National Artist for Visual Arts.

8. Sony stands to lose about $75M on The Interview

Sony Pictures Entertainment could lose about $75 million over the cancelled release of the film The Interview after theater owners refused to play the picture amid threats of violence from cyber-terrorists who hacked the studio. The figure includes $44 million spent for production, and another $30 million for promotions.

The Interview, which stars Seth Rogen and James Franco, is about an assassination attempt on North Korean dictator Kim Jong-un. North Korea has been linked to the controversial hack, but an official announcement on the attack source is yet to be released.

9. 10 Things You Need for a Great Christmas Party

Are you planning to host your own Christmas party? We give you 10 cool items that will keep your next shindig fun and organized.

It was a year filled with new and exquisite food, fun and crazy events to attend, and irresistable items to buy. We give you only the best of 2014.