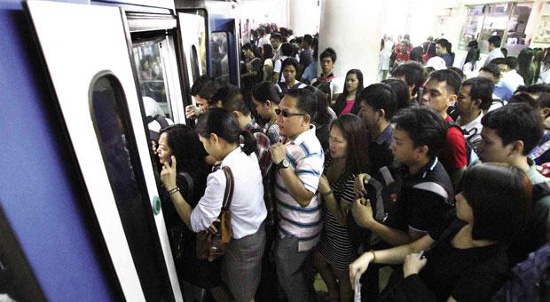 Lawmakers on Monday expressed their opposition to the impending fare increase for the MRT and LRT lines. Senator Grace Poe asked the Department of Transportation and Communications (DOTC) to stop the fare hike until its facilities get a much-needed upgrade, while acting Senate Minority Leader Vicente Sotto III said the need to improve train facilities should not justify the fare increase.

Meanwhile, Senator Aquilino Pimentel III suggested a minimal symbolic fare increase of about 10 to 20 percent instead of a double increase, and Senator JV Ejercito said there would have been "no problem" with the increase if people had seen any improvements.

Private First Class Joseph Pemberton, who is facing trial for the murder of Jennifer Laude, urged the Philippine Department of Justice on Monday to dismiss the case against him. In a petition filed by Pemberton’s lawyer, his side argued that prosecutors "did not present enough evidence" to charge him, and whatever evidence they might have was "based on nothing but conjectures and speculations."

Malacañang on Monday said there was still "no action" on Secretary Panfilo "Ping" Lacson's "irrevocable resignation" as President Benigno Aquino III's rehabilitation czar for Typhoon Yolanda, but clarified that they have accepted Lacson’s proposal to transfer his office's functions to the National Disaster Risk Reduction and Management Council (NDRRMC).

According to cyber experts, North Korea’s major Internet outage suggests that the country’s network could be under attack after the hacking of Sony Pictures. The connection issues came after US President Barack Obama vowed to retaliate for the cyber assault on the Hollywood studio, which the FBI links to North Korea.

While US officials refused to confirm whether Washington had already taken any action, they did call for compensation for Sony which pulled the Christmas Day debut of the comedy The Interview (a movie whose plot involves North Korean leader Kim Jong-Un.)

The President himself will make a guest appearance on the late-night comedy talk show Gandang Gabi Vice, announced host Vice Ganda on Monday. According to him, the interview with P-Noy is scheduled at Malacañang on Tuesday morning. The episode will then air on the show’s January 4 episode.

SM malls nationwide will open their cinemas at 8 a.m. on Christmas Day for the first day of this year’s Metro Manila Film Festival (MMFF), Kris Aquino announced on Monday night via her TV show. According to her, this was done to accomodate Filipinos who will be watching the MMFF lineup.

8. A Christmas tree in the US is controlled by tweets

Here’s something we’ve never heard of before. Believe it or not, there is a Christmas tree out there that can be controlled by tweets worldwide. A holiday display in New Jersey allows Twitter users to turn on the nine-foot Christmas tree, menorah, and over 1,000 LED lights of a company called Oxford Communications. Users can even activate light colors based on hashtags sent to the Christmas tree’s Twitter account.

9. 10 First World Problems in the Bureau of Corrections

It’s been dubbed the "Grand New Bilibid Hotel" for a reason. From a luxurious sauna to a much-coveted "living out" status, here are the 10 awesome swag for convicts at the Bureau of Corrections.

We spent a year giving you a weekly dose of random photos, and we can’t wait to see what else you have in store for us in 2015. For now, enjoy the most awesome products that were featured this year, sent by you.