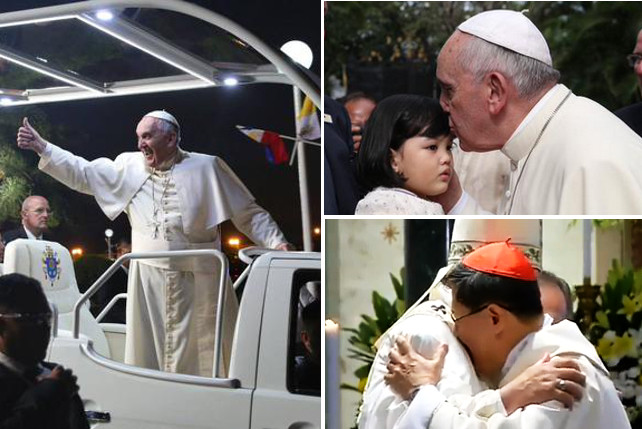 Check out photos of #PopeInPH, courtesy of social media.

(SPOT.ph) It’s the most-awaited visit to the country. On January 15, Pope Francis landed at Villamor Air Base to an eager and ecstatic Filipino crowd, all determined to catch a glimpse of the Pontiff. On January 16, he is scheduled to hold a mass at the Manila Cathedral, followed by a motorcade to the Mall of Asia Arena in Pasay City.

Here are some photos of His Holiness during the first half of his visit in Manila. 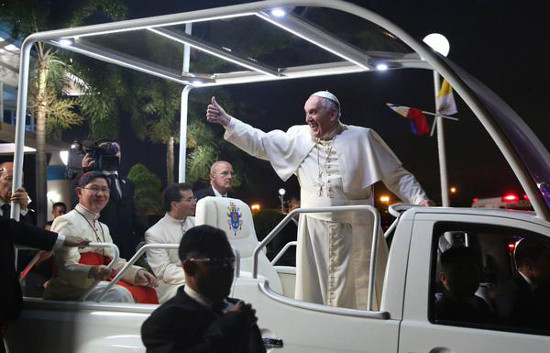 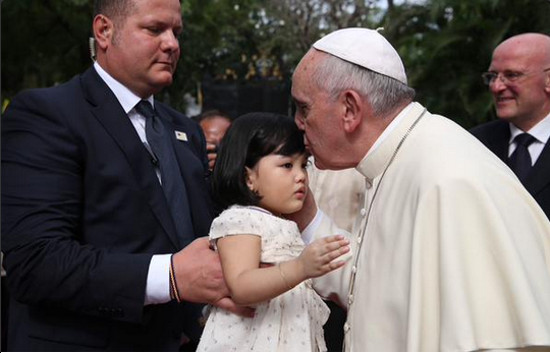 Some of the children blessed by the Pope during his visit to Malacañang on Friday morning. Photo via Willard Cheng 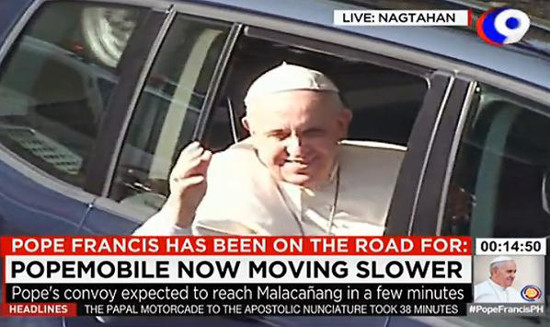 The Pope is all smiles as he makes his way to Malacañang Palace. Photo via 9News Philippines 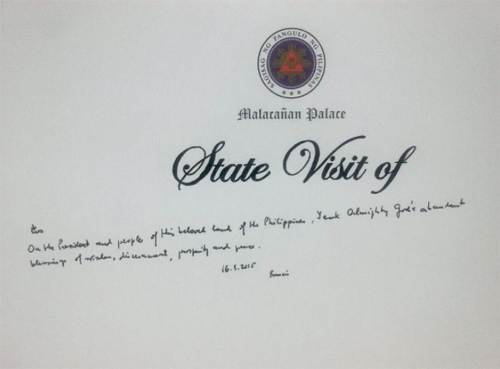 The Pope’s message in the Palace guest book. Photo via Official Gazette PH 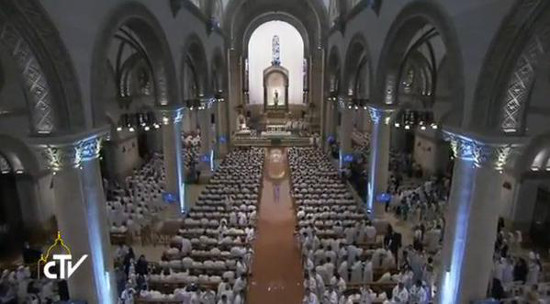 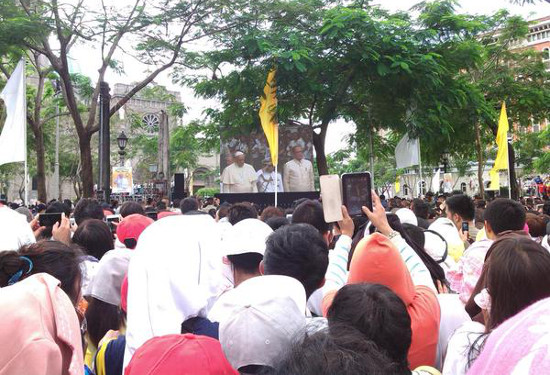 The faithful join the mass at the Manila Cathedral. Photo via ABS-CBN News 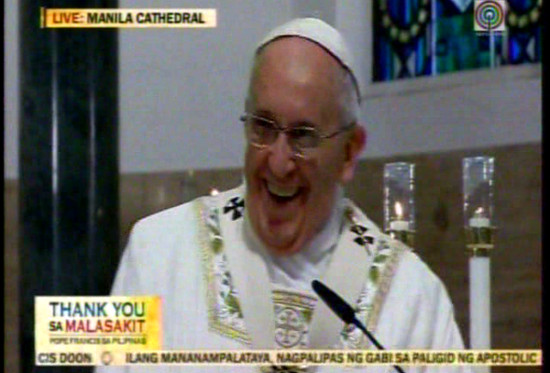 The Pope asks the crowd, "Do you love me?" and thanks them when they respond with "yes." Photo via ANC Alerts 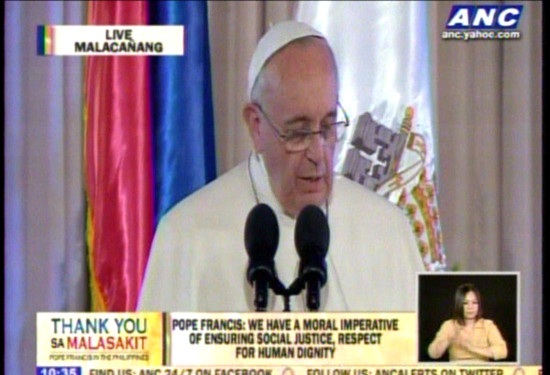 "Reject every form of corruption which diverts resources from the poor." Photo via ANC Alerts 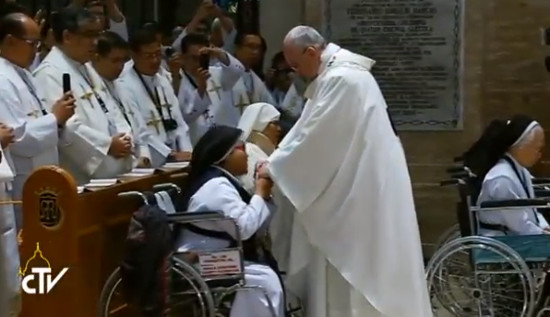 His Holiness greeting members of the clergy. Photo via Twitter 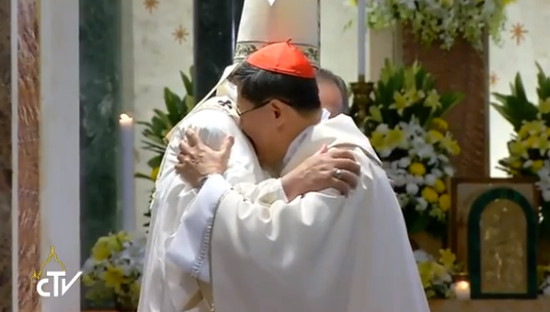 Pope Francis and Cardinal Tagle exchange an embrace during the Holy Mass. Photo via Twitter 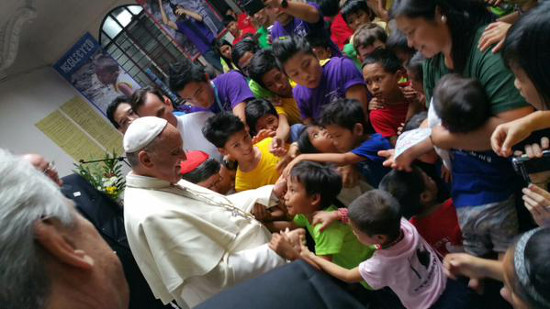 The Pope with "former" street kids from Tulay Kabataan. Photo via Twitter 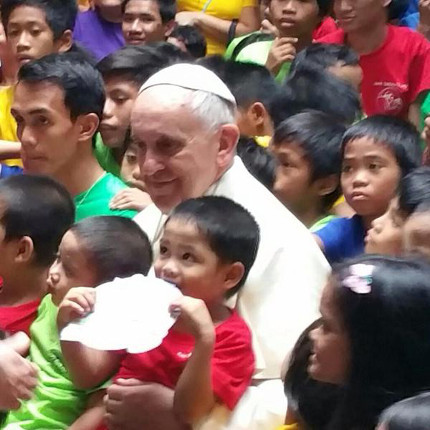 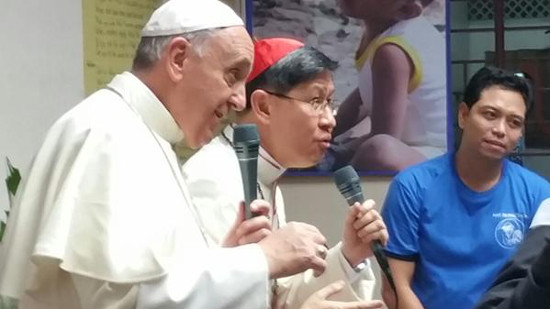 With Cardinal Tagle as they meet street children. Photo via ANC Alerts

Click on the next page for more photos of the Pope at the MOA Arena. 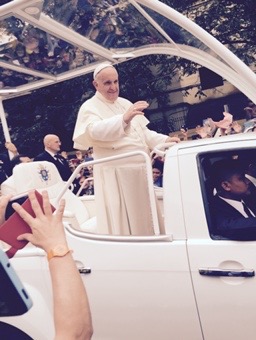 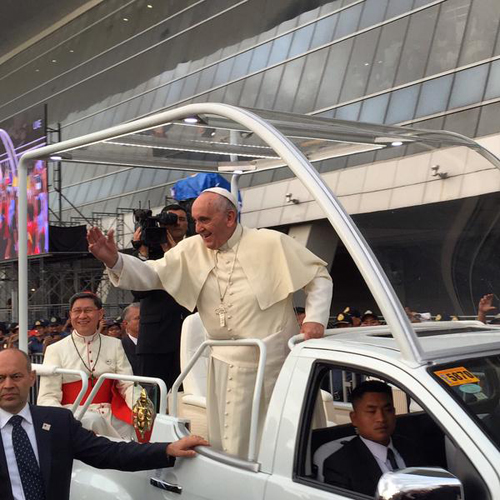 The Pope outside the MOA Arena. Photo via The LaSallian 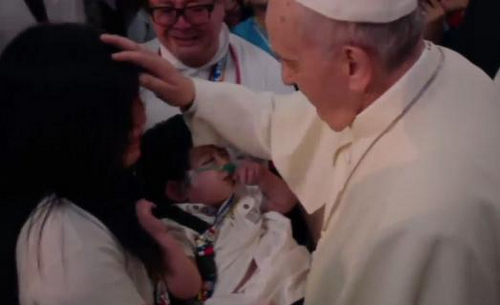 A mother and child receive the Pope’s blessing. Photo via Philstar.com 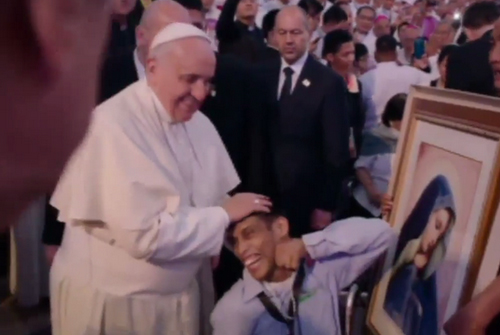 A man with cerebral palsy gives the Pope a cross stitched image of Mary made by foot. Photo via Twitter and RTV 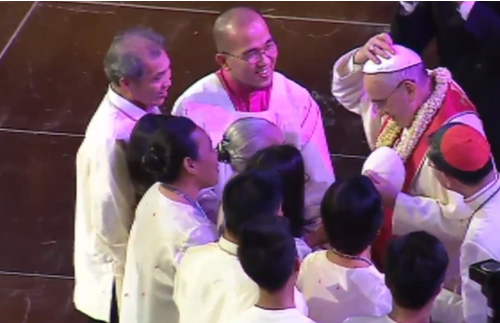 A family offers the Pope a zucchetto. Photo via Anthony Esguerra and Inquirer.net 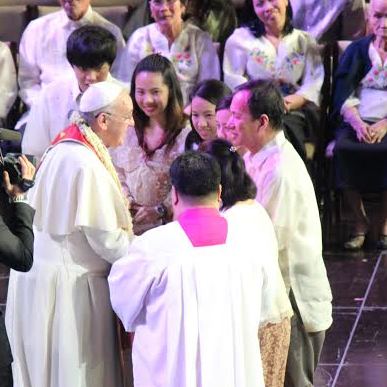 Family was at the core of this holy gathering. Photo via CBCP News 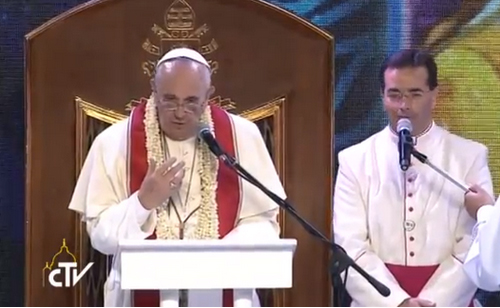 Pope Francis talked about St. Joseph at the MOA Arena. Photo via the Catholic News Agency 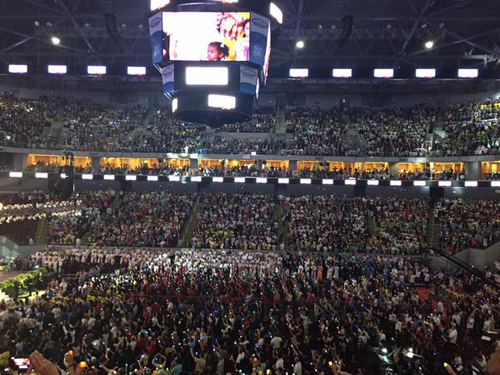 The Pope was welcomed by an enthusiastic crowd at the MOA Arena. Photo via Nestor Corrales 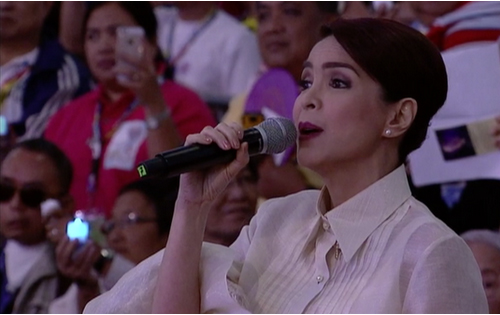 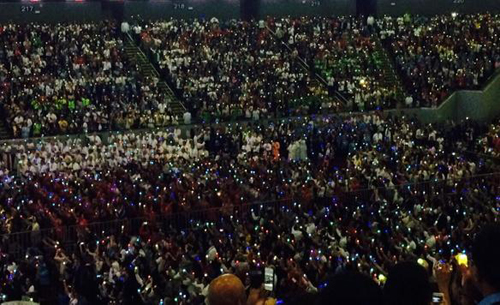 The arena lit up as "We Are All God’s Children" was sung. Photo via CBCP News

Pope Francis Manila 2015
Your Guide to Thriving in This Strange New World
Staying
In? What to watch, what to eat, and where to shop from home
OR
Heading
Out? What you need to know to stay safe when heading out