The Senator is looking for sources and evidence. 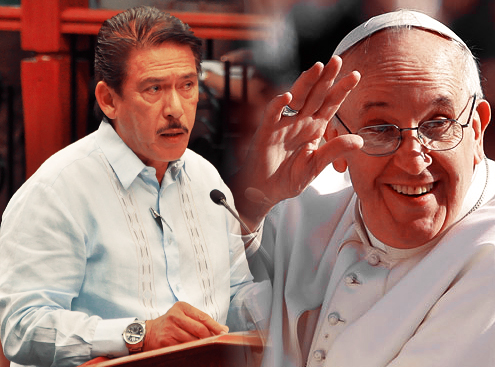 (SPOT.ph) On Tuesday, January 20, publications like The Guardian ran a story quoting Pope Francis saying something along the lines of "good Catholics do not have to breed like rabbits." The news agency put the quote in context, adding relevant details like where and when the Pontiff shared this nugget of information.

En route to Rome, he elaborated on his stand on "insidious" attacks against the family and somehow, he felt that he needed to clarify that he also believes in responsible parenthood. He cited meeting a woman pregnant with her eighth child after having seven cesarean deliveries, calling it "irresponsible" and that’s how the rabbits figure into the conversation. A website called Christian Today shared Pope Francis’ quote:

"Some people think that-excuse my expression here-that in order to be good Catholics we have to be like rabbits. No. Parenthood is about being responsible. This is clear."

A separate article by the BBC quoted Pope Francis saying, "God gave us the means to be reponsible."

But after the news broke out, Senator Vicento Sotto expressed his doubts. In a report by ABS-CBN News, Senator Sotto was described as incredulous.

Senator Sotto Titosotto Papalvisit Popefrancis
Your Guide to Thriving in This Strange New World
Staying
In? What to watch, what to eat, and where to shop from home
OR
Heading
Out? What you need to know to stay safe when heading out