Senate committee orders arrest for Junjun Binay, five others + more things you might have missed today

Updates on the Maguindanao clash, lower ATM fees, and more. 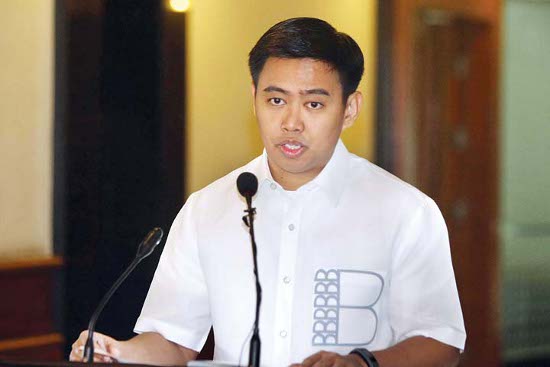 Citing contempt, the Senate Blue Ribbon Committee on Monday has ordered the arrest of Mayor Jejomar Erwin "Junjun" Binay Jr. and five others for refusing to attend hearings on the alleged irregularities in Makati City. Senator Teofisto "TG" Guingona III, chairman of the committee, granted the earlier recommendation of Senator Aquilino Pimentel III, saying, "I am ordering the Senate sergeant-at-arms to serve the detention order."

The Bangko Sentral ng Pilipinas (BSP) has announced that banks will be unifying their ATM networks by next week, for "efficiency and lower costs." This means consumers may soon see lower ATM fees than the current charge of P10 to P15 when withdrawing from other banks’ ATM units.

Update: Number of PNP officers killed in Maguindanao clash have risen to 50

The government said it was "deeply saddened" by the death of members of the elite Philippine National Police Special Action Force (PNP-SAF) in Maguindanao, but Miriam Ferrer (government chief negotiator for peace talks) admitted that "better cooperation" could have prevented the clash.

"Based on the reports of our ceasefire mechanisms, all efforts are being exerted to retrieve the casualties and provide safe passage to other SAF personnel who remain in the affected areas. Members of the International Monitoring Team, the government’s and the MILF’s ceasefire committees, the 6th ID of the Armed Forces of the Philippines, and the regional police are working closely together in these efforts," she said.

Despite declaring former President Joseph Estrada’s eligibility as Manila City mayor, the Supreme Court (SC) has made no pronouncements on whether he could run for the presidency again. "The decision resolved only the issue involving the qualification of the former president in the 2013 election. His eligibility for the 2016 presidential election is another matter," said SC spokesman Theodore Te.

6. Cops, soldiers who kept Pontiff safe to be cited

Police and soldiers who were assigned to protect Pope Francis during his recent visit to the country will be recognized by their respective organizations on Monday. The Philippine National Police (PNP) will honor over 28,000 policemen with a special ribbon, while some of their colleagues will receive merit medals. The Armed Forces of the Philippines (AFP) will likewise honor its 12,000 troops that secured the Pontiff.

According to records from the Commission on Audit (COA), Senator Juan Ponce Enrile was 2013’s biggest spender, with audited expenses totalling to P73.891 million. He is followed by Senator Jinggoy Estrada, incurring P72.712 million in expenses. Others in the list of top 10 spenders include Senator Antonio Trillanes IV, Senator Aquilino Pimentel III, and Senator Ramon Revilla Jr. for the third to sixth places, respectively.

The Screen Actors Guild (SAG) Awards, a crucial predictor to the Oscars, honored this year’s best performances in TV and film. Eddie Redmayne (The Theory of Everything) and Julianne Moore (Still Alice) bagged the awards for Outstanding Performance by a Male and Female Actor, respectively. Birdman was recognized for Outstanding Performance by a Cast. On the TV front, Downton Abbey won for ensemble performance, while Kevin Spacey (House of Cards) and Viola Davis (How to Get Away with Murder) won for male and female performances.

Technology is truly a wonderful thing. We’ve scoured the Internet for cool food-related gadgets that are unfortunately unavailable locally, but we need nonetheless. Feast your eyes on genius finds like Star Wars lightsaber BBQ tongs, a fork that twirls spaghetti on its own, and even a gummy candy maker.

Forget swimsuits and evening gowns. One of the best parts of the annual Miss Universe pageant is the National Costume portion. Some are a bit tame, others are more elaborate, and many are gloriously over-the-top and ridiculous. Here are 10 of the most eye-catching ones we’ve seen from the past few years.