Who is Marwan and other FAQs about the Mamasapano Clash 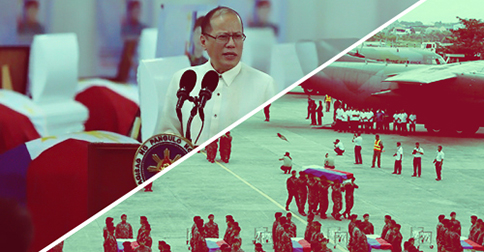 Here’s some basic information that’ll help you keep track of the facts:

The members of this unit aren’t "soldiers" in the typical sense, but policemen who receive special military combat training. SAF was initially formed to battle members of the New People’s Army (NPA) and the Moro National Liberation Front (MNLF); they carry out their mission as a domestic counter-terrorist group.

Marwan is a Malaysian terrorist, allegedly the head of Kumpulan Mujahidin Malaysia, with a U.S. $5 million bounty on his head. According to a report by the Philippine Daily Inquirer published on Sunday (5 p.m.), the MILF has confirmed his death. However, a report by the Philippine Star published on Monday (12 a.m.) has the MNLF claiming otherwise. Marwan is purported to have trained around 300 bomb makers in Central Maguindanao in two years. Prior to the clash in Mamasapano, stories ran about Marwan leading an attack against Pope Francis during his Papal Visit, which the Department of Defense discredited. Various articles tag him as the Osama bin Laden of Southeast Asia.

BBL seeks to abolish the Autonomous Region of Muslim Mindanao to give way to a Bangsamoro identity. Its passage will lead to the establishment of separate political identity (i.e. a ministerial form of government, fiscally or financially distinct from the National Government) for the people within the territory defined in the law, including the creation of Shari’ah courts. The government is pushing for its passage in the interest of peace, but it has been met with hesitance and apprehension. Senators Bongbong Marcos and Miriam Santiago raised questions about its constitutionality and after the Mamasapano clash, it lost the support of co-authors Senators JV Ejercito and Alan Peter Cayetano.

5. "It’s not a massacre because both parties were armed."

6. The clash is classified as "Oplan Wolverine"

Police Director Getulio Napeñas likened the "Wolverine" to Operation Neptune Spear, the operation that led to the demise of Osama bin Laden. On Thursday, the Philippine Daily Inquirer ran a report that quoted Napeñas admitting fault for what happened. The report also stated that Napeñas has been relieved of duty, pending investigation.

7. The goal was to apprehend Marwan and Abdul Basit Usman

Abdul Basit Usman is a local bomb expert and in the report where Napeñas admitted guilt, the SAF chief also revealed that he wanted the Fallen 44 to be remembered honorably. He said, "We did not go into Mamasapano for the money or to be called heroes. We did it for you, for all of you. Not for glory but for the thousands more who could die in Marwan's bomb attacks. Look into Marwan's profile and you will see why we decided to neutralize a very dangerous man."

8. The government admits "lack of coordination"

9. PNP Chief Director General Alan Purisima...um, what was he doing for Oplan Wolverine?

Senator Grace Poe wants to know the answer to this question and said that there would be a public inquiry on what happened in Mamasapano on January 25.

10. More casualties, but reports about the result of the 11- or 12-hour conflict remain unconfirmed