Ellie Goulding joins The Voice, a Mentos-covered teenager jumps into a tub of Coke, and more. 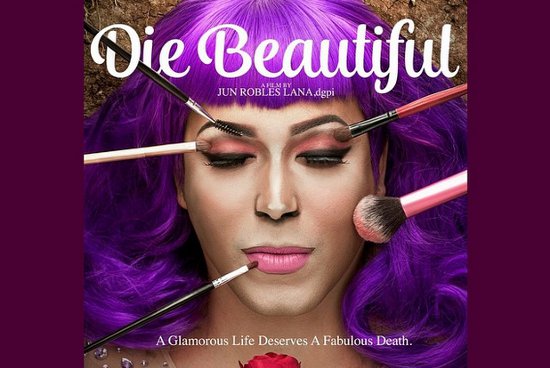 1. Paolo Ballesteros to star as transgender woman in indie film

Social media sensation and host Paolo Ballesteros is taking his popular makeup transformations to the silver screen. His new indie film, Die Beautiful, tells the story of a Filipino trans-woman whose only wish is to be buried looking like Lady Gaga. The comedy-drama will be written and directed by Jun Robles Lana.

...as Adam Levine’s "adviser." Apparently, that’s a thing they do now on the reality show. This season will also feature individual musical advisers for the other judges. Lionel Richie will join Pharrell, Nick Jonas will be with Christina Aguilera, and Meghan Trainor will be advising Blake Shelton.

Popular dating app Tinder has just launched a paid, premium subscription plan based on your age. Tinder users above the age of 30 will now have to pay a higher amount, but prices vary depending on your location. What do you get for that price tag, exactly? The "undo" feature, which will allow users to "take back" a swipe (so you can find the person again later), and a "passport" feature that lets you change your location in case you want to hook up while you’re abroad.

4. Watch what happens when you jump into a Diet Coke-filled tub while covered in Mentos

Some people have way too much time on their hands. Take this teenager, for instance, who decided to tape Mentos candy all over himself the get into a bathtub filled with Diet Coke. The result? A very sticky and very messy DIY hot tub, but hey, all in the name of science.

5. Bill Gates is the richest person in the world...again

Microsoft founder Bill Gates is the richest person in the world, topping Forbes Magazine’s billionaires list for 2015. Other notable names include Facebook’s Mark Zuckerberg (in 16th place) and basketball star Michael Jordan (who makes the list for the first time with a net worth of $1 billion).

6. Watch the official trailer for Season 3 of Orphan Black

Are you a proud member of the Clone Club? Rejoice! BBC’s hit sci-fi series Orphan Black is back for a third season. Fans will get a glimpse of the many roles lead star Tatiana Maslany plays, as well as a first look at the new male clones. Dun, dun, dun.

Senate President Franklin Drilon has signed a subpoena to telecommunication companies to produce transcripts of the text message exchange between President Aquino and former Philippine National Police Director General Alan Purisima on January 25. Drilon, however, did not name the telcos subpoenaed to provide the transcripts.

Despite widespread criticism and calls for an apology, Malacañang still thinks the President "did not commit any irregularity" in terms of the Mamasapano operation. Aquino’s spokesman, Secretary Edwin Lacierda, said that the former dealt with the mission on a "policy level" and not on an operational one.

He likened the clash to a bridge collapse, saying, "The policy is to promote public infrastructure. If for instance, a bridge collapsed and the construction workers died as a result of the collapse of the bridge... The President does not involve himself in the building of bridges."

In the newest edition of Coolest Offices, we took a peek inside Revolver Studios, a work space that is so impeccably designed that many actually mistake it for a club.

Planning your next get-together? Make your next party even more memorable with a venue that boasts a unique and creative theme, yet doesn’t compromise your privacy. Think eerie detention room (for a Halloween party, perhaps?) or in-jeep dining.