The new Avengers: Age of Ultron trailer introduces a new superhero + more things you might have missed today

Disney’s "Beauty and the Beast" now has a Beast, FHM lists the ugliest album covers ever, and more. 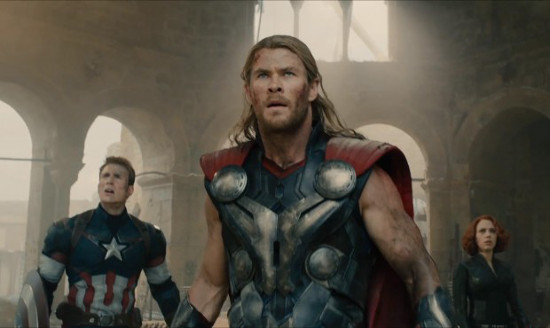 (SPOT.ph) Busy day, Spotters? We quickly recap 10 things you might’ve missed while you were off the radar.

Are you excited for one of the biggest superhero movies of the year? The latest trailer released Thursday gave fans a glimpse of the new superhero, Vision (played by Paul Bettany, who also voices Tony Stark’s electronic butler, Jarvis in the Iron Man films). The movie is set to hit theaters on May 1.

2. Dan Stevens is the new Beast

Dan Stevens, formerly of Downton Abbey, is set to star alongside Emma Watson in the upcoming Disney live-action adaptation of Beauty and the Beast. Stevens will be playing the Beast, while Luke Evans (The Hobbit) is in talks to play the villain, Gaston. 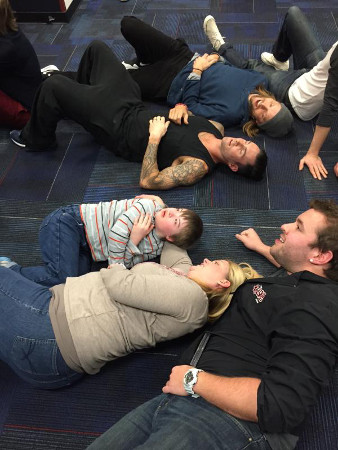 When Christopher Warner, a 10-year-old with Down syndrome, met his favorite pop star Adam Levine, he got so overwhelmed that he had a panic attack and had to lay down on the floor. Levine did the same and suggested everyone follow suit. So they just hung out there, and hung out.

4. Guardians of the Galaxy, others top MTV Movie Awards nominations

The 2015 MTV Movie Awards are back! The Fault in Our Stars, Neighbors, and Guardians of the Galaxy each have seven nominations at the annual ceremony. Whiplash and 22 Jump Street each have five nominations. Other surprising nods include American Sniper and Gone Girl. The awards will be aired live on April 12.

5. Watch a remake of Back to the Future...with LEGOs

In honor of the 30th anniversary of Back to the Future, Macro Lego Universe has recreated the beloved science fiction film, neatly summarized in six minutes. Somehow, the presence of LEGOs just makes everything better. And funnier.

6. FHM lists the ugliest album covers "the world has ever seen"

There are iconic album covers like The Beatles’ Abbey Road, or Nirvana’s floating baby on Nevermind. Then there are these album covers...cringe-worthy, absurd, and can be summed up in one phrase: "WTF."

According to the United Nationalist Alliance (UNA) interim president and Navotas Representative Toby Tiangco, the Mamasapano massacre and the Bangsamoro Basic Law (BBL) have forced a "political ceasefire" in the party. He said that preparations for Vice President Jejomar Binay’s presidential bid "have been put on hold" as Congress has been focused on the national issues involving the Aquino administration.

Detained Senator Juan Ponce Enrile is refusing to be placed under house arrest, saying he is "ready to fight his accusers and prove his innocence" in the pork barrel scam. Enrile’s son, former congressman Jack Enrile, said his father wants to go back to the detention in Camp Crame to work on his defense.

9. 10 Games We Used to Play During Recess

Admit it, your favorite part about grade school was recess. And who could blame you, when games like Shake, Shake, Shampoo and Chinese Garter were all the rage? We rounded up 10 fun games we used to play during recess.

Whether it’s done over traditional hot coal or in a modern rotisserie, nothing beats the comfort that a good roast chicken gives. We scoured the metro to sample the many different ways this dish is enjoyed, and give you our Top 10 picks.