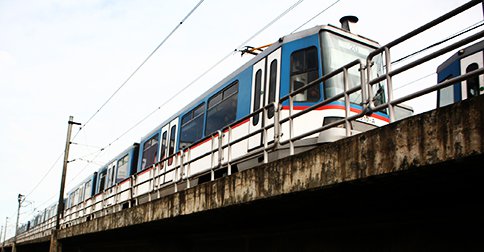 1. MRT to offer free rides for women on March 8

The MRT and LRT will be offering free rides for women on March 8 in commemoration of International Women’s Day. The designated hours are from 7 a.m. to 9 a.m. and 5 p.m. to 7 p.m.

After Gone Girl, another dark Gillian Flynn novel is on its way to the big screen. Dark Places, which stars Charlize Theron as Libby, a woman coping with the memories of the night her mother and sisters were brutally murdered in their home.

3. Neil Patrick Harris might not host the Oscars again any time soon

After his recent Oscars hosting stint, Neil Patrick Harris has said that he is uncertain if he will ever accept the gig again if asked. "I don’t know that my family nor my soul could take it," he said. "It’s a beast."

On Friday, Liza Diño told PEP.ph that she would fully support Aiza Seguerra if and when he decides to get gender re-assignment surgery. She said she was mainly worried about how the transition would affect Seguerra’s voice but added, "At the end of the day, napakahalaga na makilala niya at ma-celebrate niya fully ang pagkatao niya."

Harrison Ford was injured Thursday when the small plane he was flying suffered engine failure and crash-landed on a golf course outside Los Angeles, officials said. According to the actor’s publicist, the injuries he sustained were not life-threatening and he is expected to make a full recovery.

The Philippine National Taxi Operators Association (PNTOA) called "unreasonable" the reduced flag-down rate imposed by the Land Transportation and Regulatory Board (LTFRB) on taxis nationwide, saying, "This is the flag-down rate in 2004. That was 11 years ago." PNTOA is set to file a motion for reconsideration before the LTFRB.

According to Senator Grace Poe, Smart Communications has claimed it was incapable of tracking the contents of the text messages between President Benigno Aquino III and resigned PNP chief General Alan Purisima. The telco also told the Senate that it could only release the time log of the controversial text messages, and that a court order or written consent from the subscriber would be needed before it could be done.

According to the National Economic and Development Authority (NEDA), poverty incidence in the Philippines increased in the first half of 2014. They attributed it to the "rapid rise in food prices," and the lingering effects of Typhoon Yolanda.

9. 10 Quotable Quotes from the Tagalized Version of Gangnam Blues

If you’re an avid follower of Koreanovelas and Korean celebrities, then you probably already know that the Lee Min Ho-starrer Gangnam Blues is in theaters...dubbed in Filipino. The movie is a gold mine of quotable quotes, and we rounded up 10 for your reading pleasure.

10. 20 Things Only Those Who Grew Up in the Province Would Know

Most promdis are actually pretty well-adjusted to the big city life. In fact, they have their own little "Probinsyana in the City" perspective of living in both worlds. We give you a glimpse of it.