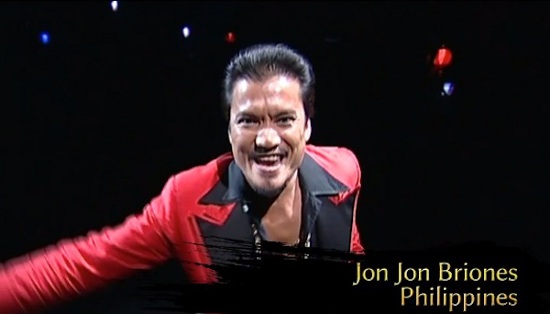 Jon Jon Briones, who stars as The Engineer in the ongoing West End revival of Miss Saigon, has been nominated for Best Actor in this year’s prestigious Olivier Awards. The play is also in the running for the Best Musical Revival category. The ceremony will be held on April 12. 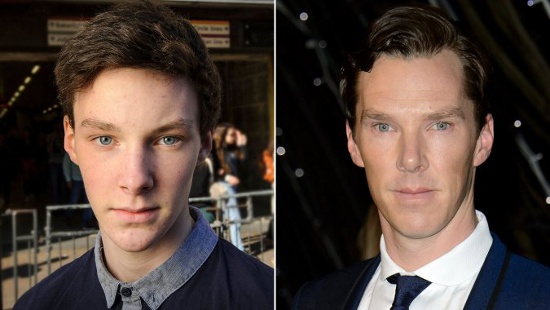 2. A photo of this teen Benedict Cumberbatch look-alike has gone viral

16-year-old Tyler Michell is being frequently stopped on the streets by Benedict Cumberbatch fans. In an interview, he shared his "crazy" experiences, saying, "...Now people are messaging me and saying I should have won the Oscar. I get girls from Brazil saying they want to meet me in the U.K." Some people have even gone as far as saying he should star in a young version of Cumberbatch’s hit BBC show, aptly titled "Teenlock."

3. The Simpsons co-creator Sam Simon has passed away

Sam Simon, the co-creator of The Simpsons has passed away at the age of 59. He shared seven Emmy Awards for the hit cartoon series, which he developed in the late ’80s with Matt Groening and James L. Brooks.

4. Would you wear a poop emoji dress?

Feeling pooped out? Embody your emotions with this dress that is covered with the poop emoji. The dress is currently being crowd-funded, and the clothing brand is also pushing for men’s attire in this poop emoji pattern, including a dress shirt and, get this: "Poopy Pants."

5. Watch Baymax sing Frozen’s "Do You Want to Build a Snowman"

Love Big Hero 6 and Frozen? You’re in luck. USA Today’s Bryan Alexander sat down with the healthcare robot to talk about his film, humor, and singing.

On Monday, President Benigno Aquino III pinned the blame on former Special Action Force (SAF) chief Director Getulio Napeñas Jr., saying he was "given the wrong information" and that the latter made the Mamasapano operation "mission impossible." He also said that there was evidence showing that Napeñas made erroneous decisions.

7. Jolo Revilla goes home, but police will continue investigation of his shooting

Cavite Vice Governor Jolo Revilla has been discharged from the hospital to recover after he allegedly shot himself accidentally while cleaning his gun. Revilla is to take a 30-day leave from work, as officals are set to look into the case.

Interior and Local Government Secretary Mar Roxas has ordered the Philippine National Police (PNP) to install mobile units with closed circuit television (CCTV) cameras for added security during big annual events in the country. This move will enable the PNP to "immediately address problems commonly encountered during crowd-drawer events," such as the President's State of the National Address, the EDSA People Power Revolution, and the Feast of the Black Nazarene.

One of the most magical parts of any wedding ceremony is the exchanging of vows. Just as every love story is unique, so are the vows that come with it. We round up 10 of the sweetest celebrity wedding vows we heard.

Who doesn’t love cookies? From good old chocolate chip to quirky, not-so-sweet treats, we scoured the metro for the cookies that you have to try. We’re serious, you really have to.