Toni Gonzaga says she was "told to host that way," VP Binay is still the top choice for President, and more. 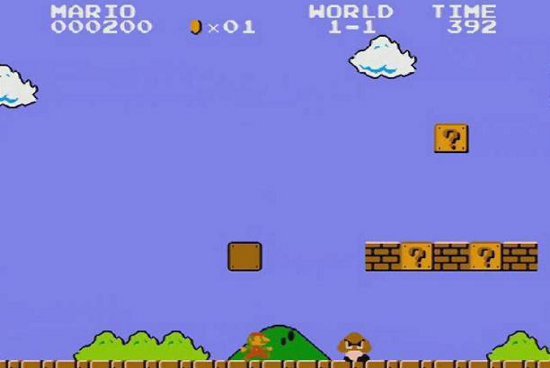 1. You can soon play Super Mario and Pokemon on your phone

Remember all those hours you wasted playing Nintendo games when you were a kid? Now you can go back to wasting more time, because all those games you know and love will soon be available on your phone and tablet. The service is expected to launch for iOS and Android platforms this year.

Speaking of video games, Adam Sandler, Peter Dinklage, and Josh Gad are starring in a movie where they must save Earth from old-school video game characters. Yes, like Donkey Kong and Pac-Man. The action-slash-comedy is set to hit theaters July 24.

If you were wondering how the E! Network would be pushing forward with Fashion Police after the departure of two of its hosts, you’d have to wait a little longer to find out. The show won’t be back until September, but co-hosts Giuliana Rancic and Brad Goreski are set to stay.

A branch of Gerry’s Grill in California is offering Manny Pacquiao free meals for life if he can defeat Floyd Mayweather in their upcoming bout on May 2. There are, however, two conditions: That only Pacquiao can eat all the sisig he wants for free, and take-away is not allowed.

5. Toni Gonzaga on Bb. Pilipinas: I was told to host that way

Toni Gonzaga has responded to criticism of her hosting during the Binibining Pilipinas coronation night on Sunday, saying, "I was instructed to make it fun, light and ease the tension especially during the Q&A portion." She also apologized if she "offended or maligned anyone" and said that it wasn’t her intention to do so.

After 20 years, Microsoft is finally bidding goodbye to their universally disliked browser, Internet Explorer...sort of. From the looks of it, they’re dropping the name for a new browser set to be released with Windows 10.

According to a poll from Pulse Asia, Vice President Jejomar Binay remains the top presidential choice for the upcoming elections, coming in at 29% from 26% in November. Senator Grace Poe ranks second with 14%, and Davao City Mayor Rodrigo Duterte ranks third with 12%.

8. Majority of senators agree: P-Noy is "responsible" for Mamasapano incident

At least 15 senators have signed the draft Senate committee report that cites President Benigno Aquino III as the one "ultimately responsible for the Mamasapano massacre." Senators who signed the report include Grace Poe, Chiz Escudero, Alan Peter Cayetano, Miriam Defensor-Santiago, and Nancy Binay. Loren Legarda and Bam Aquino are also expected to sign the report.

Looking for the best place to sate your matcha craving? Not to worry, we did all the searching for you, and found the best matcha lattes in the metro.

Everyone has that one person. You know, the one you could’ve had it all with had it not been for...well, probably a bunch of things. We asked what would you say to the one who got away, and we got some pretty interesting responses.