Angelina Jolie says she had her ovaries removed, the results of the 2014 bar exams are out Thursday, and more. 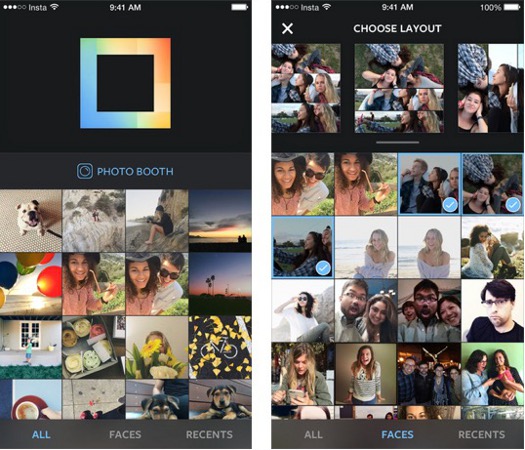 1. You can now make collages via Instagram’s newest app

Rejoice! You can now ditch those third-party collage apps, because Instagram has just released an official collage app. The standalone app is only available for iOS at this point, but an Android version is also expected to be released soon.

2. Angelina Jolie says she had her ovaries removed

On Thursday, Angelina Jolie said she underwent preventative surgery to remove her ovaries and fallopian tubes, two years after she got a preventative double mastectomy. In an article she wrote for the New York Times, she explained that she made the decision because she carries a mutation in the BRAC1 gene that gave her a 50% risk of developing ovarian cancer. "I feel feminine, and grounded in the choices I am making for myself and my family," she said.

3. How much time should you really spend on math and science?

A group of researchers have concluded that the optimum time to spend on math and science is...an hour a day. "The data suggests that spending 60 minutes a day doing homework is a reasonable and effective time," explained the study's author Javier Suarez-Alvarez. The average amount of homework assigned is about 70 minutes a day (or much more, depending on the teacher). They found that students' math and science scores decline with a greater amount of homework.

4. Experts say time is "running out" for wild elephants

Experts warned on Monday that African elephants could be extinct in the wild within a few decades. The culprit? Illegal poaching. According to figures from the International Union for Conservation of Nature, the African elephant population dropped from 550,000 in 2006 to 470,000 in 2013. East Africa, meanwhile, has seen the worst decline from 150,000 to about 100,000.

5. Watch a magical mashup of Harry Potter and Friends

Ever wondered how Harry Potter would be like if it were a comedy? Well, someone did. A YouTube user mashed up the iconic theme song from Friends with different scenes from the Harry Potter movies. The result? A sitcom we’d really like to watch.

The Supreme Court announced Tuesday that the result of the 2014 Bar Examinations will be released this Thursday. A total of 6,344 law graduates were allowed to take the examination.

The Department of Education (DepEd) has launched a probe on the case of Krisel Mallari, the salutatorian of Sto. Niño Parochial School (SNPS) in Quezon City, who was stopped by school officials from delivering a speech. DepEd Quezon City Division officer-in-charge Helen Grace Go said the school will be given 48 hours to explain its side. (Here’s our take on the matter.)

Lawmakers from the Lower House agree that the chamber should start discussions on divorce, following the results of a survey which said 3 out of 5 Pinoys support the legalization of divorce. However, House Speaker Feliciano Belmonte Jr. said the results are not an "assurance its passage will be fast-tracked."

It’s been five years since we first started noticing the pretty faces that deliver the news. A lot has changed for these gorgeous newswomen, but what hasn’t changed is how they still have us paying more attention to current events.

No, we don’t mean the powdered variety. We give you a rundown of the best freshly brewed tea in the metro.