We made more for him to share, para happy 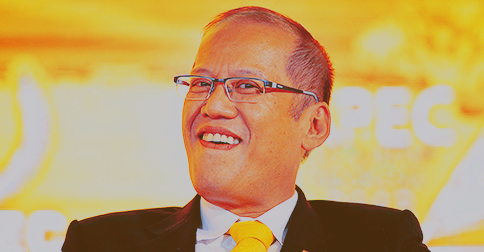 (SPOT.ph) Do you remember na there’s this chismis lately that P-Noy was, parang, nahimatay? It’s not true pala! Kris Aquino posted this on Instagram that he was making patawa pa when he was supposedly losing malay. Buti naman Kris thinks of saving his messages, kasi this could’ve been important also. You know, parang that exchange he had with Purisima. Dapat that was saved also, ’di ba? But let’s not be nega, kasi it’s good to know that marunong mag-laugh the President.

Here’s what he likes to make tawa at: 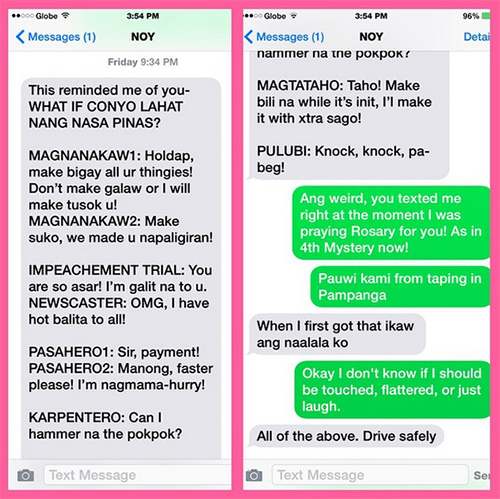 You know, we should also send text jokes to him. Para naman he can relax, because maybe he’s so stressed na over all the problems of stretching out a campaign slogan from 2010 na sobrang dedz na and we’re all aware na it doesn’t mean anything talaga. Obviously, making tuwid na daan is a lot of work, especially considering na in the Philippines, may mga places na wala namang daan. Like, at all.

So what if conyo lahat sa Pilipinas?

DILG Secretary Mar Roxas: Um, well, you know. I’m just trying to do my trabaho in the best way para I can do what it takes so I can be pangulo na. Ay, wait. Parang I said two sentences sabay. Sorry, it slips minsan!

Davao City Mayor Rodrigo Duterte: Nope. Not participating in this. I banned a comedian once.