Watch a viral video of Harry Styles tearing up over Zayn Malik leaving 1D + more things you might have missed today
Loading
Already a member? Log in
No account yet? Create Account
Spot.ph is your one-stop urban lifestyle guide to the best of Manila. 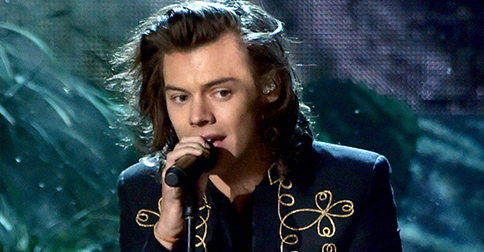 An emotional Harry Styles was in tears during One Direction’s concert in Jakarta, Indonesia on Wednesday, after member Zayn Malik decided to quit the British boy band. Just before the show, Malik announced that he was quitting the boy band for a "normal life." The video, which was uploaded on YouTube, has racked up over 300,000 views since it was first posted.

2. The director of Fifty Shades of Grey isn’t coming back for the sequel

Director Sam Taylor-Johnson has announced that she will not be helming the second and third movies of the Fifty Shades of Grey trilogy. The screenwriter, Kelly Marcel will also probably not be involved in penning the next film, either. The move comes after reports of creative differences between Taylor-Johnson and the books’ author, E.L. James.

It feels like a miracle for Irene Mae Alcobilla, the Bedan who topped the 2014 Bar Examinations, and we have a feeling that every single one of the 1,126 passers share the sentiment. The bar exam results also revealed an inspiring story from Sandra Magalang and the late Juan Flavier.

Days after their now-infamous airplane incident with Melissa Mendez, Andrew Wolff and Rey Pamaran are taking another flight...but not together, this time around. Either way, both seem to have learned from their experience and took to Instagram to document that they were not seated in Seat 1A.

The three major broadcast networks are coming together to air Manny Pacquiao’s highly anticipated bout with Floyd Mayweather on free TV. Live updates will also be broadcast over Radio DZBB stations nationwide, while pay-per-view access will be available through cable companies.

6. No wages for Makati City Hall staff because of standoff

The adage goes that two heads are better than one, but two hands signing for paychecks is apparently not all that great. With Makati Mayor Junjun Binay still signing documents as mayor and Acting Mayor Kid Peña refusing to sign documents as vice mayor, the salaries of councilors and other staff are currently on old.

Curiously though, despite not "thriving" financially, the survey also states that we score high in terms of having a sense of purpose. Does that mean we don’t have money, but we’re happy?

8. Drilon’s nephew passes his uncle’s No. 3 ranking in the bar exams

Christian Drilon, nephew of Senate President Franklin Drilon, has ranked second in the 2015 Bar Exams. The Ateneo de Manila University student was apparently challenged by the senator to beat his ranking in the exams in 1968, adding, "So ngayon, kaya ko nang sabihin, ’Oh anong nangyari?’"

9. 10 Catchy Ad Jingles That are Probably Stuck in Your Head Right Now

Finally, Ariel happened to me! Sorry for giving you LSS, but it’s just inescapable. We listed more earworms for you, so check all 10 of them out.

We round up all the cheeky threads that celebs wore, which prompted people to huddle together and wonder who they’re trying to communicate with.