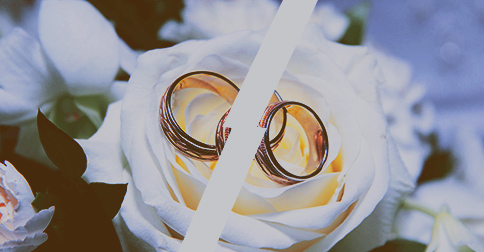 (SPOT.ph) It sounds like we're making it up and or twisting their words, but we're just messengers here: Senators Serge Osmeña III and Tito Sotto don't support the Divorce Bill because their wives might use it against them. Senator Bongbong Marcos, on the other hand, has no reason to support the bill because he loves his wife.

In a report by InterAksyon on March 25, Senator Osmeña actually said the exact words: "I cannot favor a divorce law. My wife might use that against me." Meanwhile, Senator Sotto explained that, "lawmakers might face their wife's fury if they try to pass [the divorce bill]." And Senator Marcos? "I love my wife. I do not want to divorce her."

The Philippines and the Vatican are the only two countries in the world without a divorce law.

Sweeping that under the rug and moving on, the Catholic Bishops of the Philippines (CBCP) argued that we don't have to change our ways just because the rest of the world has come to the conclusion that legalizing divorce is not a bad idea. According to CBCP President Socrates Villegas, a marriage "is and ought to be a work in progress" and said that divorce turns people into "vehicles and appliances."

For Archbishop Villegas, it's understandable that we want to replace a car that doesn't work or is defective. But if it's someone we're going to wake up with for the rest of our lives, well...sorry, folks. No warranty there. No return, no exchange. Not even if that someone is doing you physical harm, because you can annul the marriage or be legally separated anyway.

The following is an exact quote, as reported by GMA News:

"The supposed suffering that a spouse must bear owing to a failed marriage is more imagined than real, and comes only upon one who does not make use of the remedies already available under existing law."

Again, we're not trying nor are we going to try to make him look bad. We're not even going to say anything about the interesting detail that the CBCP is composed of men whose experience of marriage is purely theoretical. We're just telling you what they said. If it sounds like they're saying that the misery is more fiction than fact and that it's your fault if you get stuck in a bad place, well...uh...hm, the CBCP has this kernel of wisdom for people about marriage: "If you cannot keep the promise, do not make it at all."

Divorce Marriage Cbcp
Your Guide to Thriving in This Strange New World
Staying
In? What to watch, what to eat, and where to shop from home
OR
Heading
Out? What you need to know to stay safe when heading out