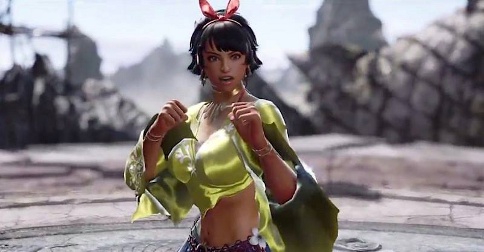 1. An NCCA official is unhappy with the Josie Rizal Tekken character

According to a report, an official of the National Council for Culture and the Arts (NCCA) said they may look for ways to "correct any wrong impression" the new Tekken character named Josie Rizal may have given about Dr. Rizal and the Philippines. "Mahirap natin mapigilan ang ibang bansa na gumawa ng ganoong character kasi ang Pilipinas, sikat na sikat sa mundo," said Dr. Leodenito Cañete, Visayas coordinator of the NCCA’s Bayaning Bayan program.

Veteran actor Tirso Cruz III has revealed that he was diagnosed with Stage 2 lung cancer late last year. He clarified, however, that tests showed a benign lump in his lung and that he has undergone operation to have the mass removed.

Spotify may have some new competition in the form of rapper Jay-Z’s subscription-based music streaming service called Tidal. A star-studded party inaugurated its launch Tuesday that included Beyonce, Kanye West, Rihanna, Madonna, and Daft Punk. The ad-free service will feature music and video and will be priced at US $9.99 per month for the basic version, while a high-definition version is priced at US $19.99 per month.

Starting April 1, the National Bureau of Investigation (NBI) will no longer give application forms to walk-in applicants for an NBI clearance. In a statement, the NBI "will be fully implementing the online registration, electronic payment, and appointment system as part of its campaign of offering fast and convenient service." After registering at the website, an applicant will be given a reference number, which will then serve as the gate pass to NBI clearance centers.

5. Residents and travel advocates ask tourists not to visit Sagada this Holy Week

You may have to reschedule your hugot for another time. Travel advocates and residents of Sagada are appealing to the public to take their Tadhana feelings elsewhere for the Holy Week. They explained that the influx of tourists might inconvenience residents and cause a shortage of water for the terraces, especially during the sweltering summer.

According to a report, the Philippines’ average Internet speed may have improved (from 2.5 Mbps to 2.7 Mbps), but the speed still puts the country among the bottom five in terms of average Internet speed in the Asia Pacific (APAC) region. Among APAC countries, South Korea had the highest average connection speed (22.2 Mbps) while Hong Kong had the highest peak connection speed (87.7 Mbps).

7. Makati announces suspension of number coding April 1 to 3, and April 9

Makati City has announced the lifting of the number coding scheme from April 1 to 3 in observance of the Lenten Season. They also announced that number coding will be suspended on April 9 for Araw ng Kagitingan.

State weather agency PAGASA said a typhoon approaching the country may intensify but is not expected to immediately affect the country until the weekend. Once inside the Philippine Area of Responsibility, it will be named Chedeng.

9. NOW OPEN: DreamPlay by DreamWorks at City of Dreams Manila

There’s no reason to be bored this summer. City of Dreams Manila has something for kids and the kids-at-heart with the newly opened DreamPlay by DreamWorks, inspired by animated movies like Kung Fu Panda, Shrek, and How to Train Your Dragon. The space holds 12 attractions, perfect for a day of fun for the whole family.

10. 10 Fun Offline Apps to Play on Your Roadtrip

Going on a long drive this Holy Week? We round up 10 fun apps to keep you entertained for the whole ride. Best of all, no WiFi required!