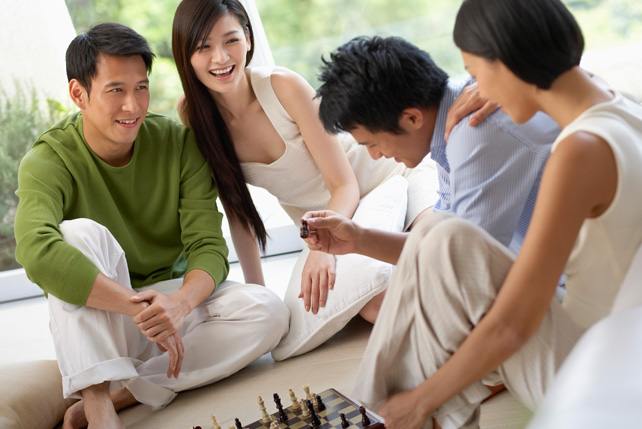 Board games and your favorite chips? Count us in! 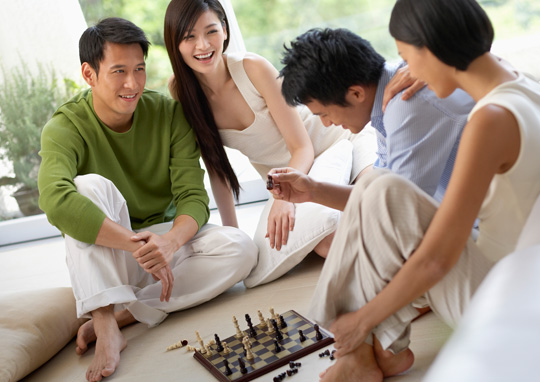 Admit it: There are moments in your life that you’ve felt this pull to somehow enjoy the little things that made your childhood oh-so-freaking-worth it. While it’s not a good idea anymore for adults who scarcely exercise to climb trees for fruits or play street games with abandon, there’s another childhood relic that adults don’t seem to do much these days. Board games!

To get you started, here’s our list of board games you might want to play again while having the best Piattos time with your buddies at home or at work.

1. Game of the Generals

Intended for two players and one neutral observer that will act as arbiter between the two, Game of the Generals’ main aim is for one player to get the opponent’s flag or move his/her own flag to the opponent’s base

Popular to 90s or even 80s kids, Scrabble is word game playable by up to four players who can score by placing words in tiles. Words should be in crossword fashion, going left to right in rows or downwards in columns.

The “fun” part of this game, is of course, the thrill that comes with forming words on the premium tiles using the high-scoring but difficult letters like X and Q. Also, the thought that the next word you may come up with could be the downfall of your opponents, or vice versa, is enough to keep all players on their toes as the game progresses.

Invented by two different men in two different years (Piet Heinin 1942 and John Nasg in 1947), Hex is a game played in a rhombus board with varying dimensions. Hex has a really simple rule for winning: be the first to connect your color edges with a path of similarly-colored tokens.

To people who are not into words but enjoy tactics and strategies, Hex is a must-play.  And competitive pundits would love this game: with Hex, there could never be a tie. There is always a winner.

Both a race and board game, Ludo can be played by up to four players. The players have to race their 4 tokens from the starting to the finishing point according to the roll of the dice. Once the first place finishes, the game continues to determine the second placer, third placer and the last.

If there’s a board game that would definitely eat much of your time, it has got to be chess. This game could last for hours. The goal is to checkmate the opponent's king by placing it under an inescapable threat of seizure thus a player's pieces are used to attack and capture the opponent's pieces, while supporting their own.

A group game that could be played by up to eight people, Monopoly requires not just strategy but also negotiation and resource management skills. That’s why business-minded people love this game.

The game’s goal is to move the players around the gameboard buying or trading properties, developing their properties with railroads, streets, houses, hotels, and collecting rent from their opponents until they go into bankruptcy.

Easily one of the world’s oldest known board games, Backgammon is a game for two players and is played on a board consisting of twenty-four narrow triangles called points. The aim of Backgammon is to get rid of one’s own checkers before your challenger can do it on his home board. The checkers are scattered at first and may be blocked or hit by the opponent. Backgammon is both a game of chance and strategy. The moniker ‘backgammoned’ is used on the loser who still has a checker on the bar or in the winner's home board.

When you have drawing skills you can flaunt it with this board game. This guessing word game was invented by Robert Angel in the 1980s. Another group game, the players can be divided into teams. Players try to identify specific words in one minute from their teammates' drawings using the topic they get from the word card. And the team who will guess the word in the final All-play category wins the game.

Battleship is a guessing game that can be played by two players. The game is so popular that it was incorporated into a video game, online game, multi-media match like Wii and Xbox and even inspired a movie with the same title.

This boardgame is played by positioning your ships on the grid then keeping your own ships afloat while sinking the ships of your opponent. When you’ve sunk all of your opponent’s ships game is over and you’ve won the battle.

Despite looking like a game made for children, Snakes and Ladders was originally invented in India as some kind of life reflection game. The ladders represent the virtues while the snakes are the vices.

Also, the phrase ‘back to square one’ was deduced from the game as there is a ladder on square 1 and when your token lands on square 38 during your turn, your punishment is to go back to first square where the bottom of the ladder is positioned.

Doing activities that you found enjoyable during your childhood doesn't have to be a sweaty and tiring affair. After all, the no-nonsense (and easily tired) corporate creature that you are now is very much different from the bouncing ball of energy that you were as a child. There are activities, such as board games, that will give you that sought-for "unplugged" time and also be reminiscent of your childhood.

Just be sure to stack on Piattos chips before playing. There's nothing more annoying when playing board games, aside from shrill cries of "Cheater!" or "It's nap time," than to run out of your favorite chips.

If you want other creative and unusual ideas on how to enjoy your Piattos Time, you can visit their Facebook page!