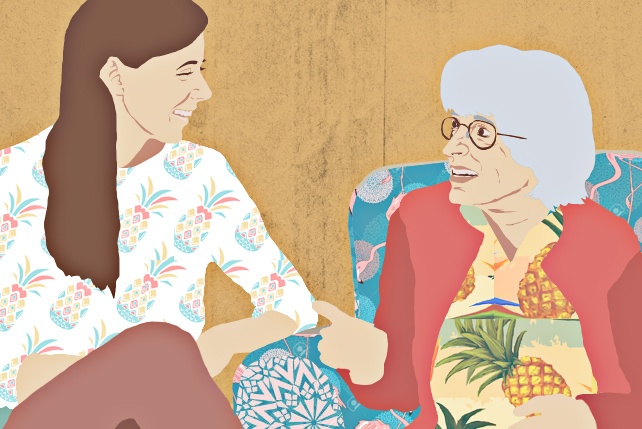 10 Things Only a Laking Lola Would Know 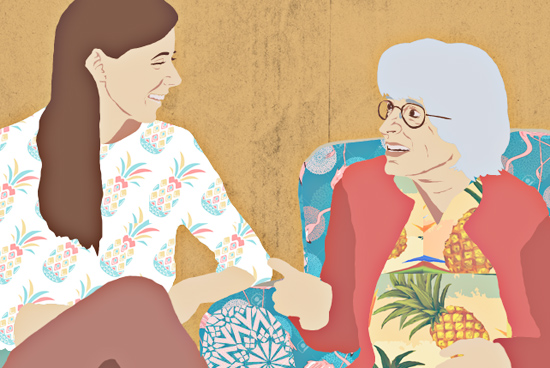 (SPOT.ph) Grandma. Abuela. Lola. To you, she's the cutest old person ever and you love her. And you know she loves you, too! If you grew up with her around, she probably spoiled you rotten. You know you can run to her when your mom doesn't seem to understand you. You will never go hungry as long as she's around. She'll even yell at your parents for letting you skip breakfast! She may believe in strange superstitions, but that's what makes her super interesting. She's got plenty of stories to tell, too! Here are the 10 things only a laking lola would know.

When you got your first period, lola told you to wash your face with it.

...so you won't get pimples! You were (and probably still are) grossed out by the idea, but hey, lola just cares.

All the ridiculous lies your lola told you to explain where babies come from.

"Your mother ate a vegetable, and that's how you were made. We were all vegetables once." Riiiiight, lola. It's okay. We forgive you for lying.

You were forced to eat all kinds of vegetables, especially when you were sick.

And then what? Get pregnant?! JK. But we remember that awful day we were forced to finish an entire serving of ampalaya because we complained of having stomach problems. We should've just kept it to ourselves...

You know about all the headaches your mom or dad used to give her.

And you used it against them! Ha! Seriously, guys, respect your parents.

If you were bullied at school, lola wouldn't think twice about teaching that kid a lesson or two.

You know all kinds of superstitions.

...and maybe even believe in them! Don't sleep with your hair wet, or else you'll go blind. When someone has to leave while you're eating, you have to turn your plate for their safety. Don't cross your eyes because if the wind blows on them, your eyes will stay that way forever. Don't walk over someone who's sitting on the floor, or else the person will stop growing. Don't sing while you're cooking or else you'll never get married. Okay, la. 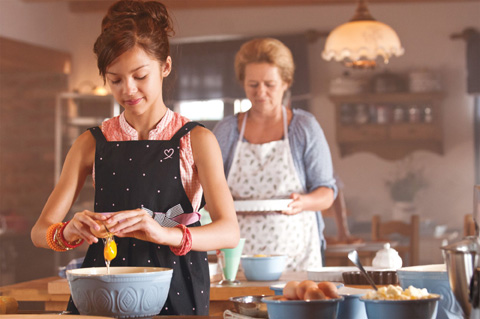 You know how to cook.

You may know lola's secret recipe to her famous sinigang, but you can't seem to do it exactly the way she does it. You're starting to think she's not letting you in on everything. Oh well, more reason to enjoy her cooking!

She understands you better than your own mother does.

Remember that time when you were so annoyed your mom didn't let you go to your friend's birthday party? She just doesn't get how much it means to you! You run to lola and tell her all about it. "Sige na, Gina payagan mo na. Minsan lang naman lumabas yung bata," and all of a sudden, you're allowed! But with an early curfew, of course. Thanks, la!

You're probably good with older people.

Growing up with lola by your side probably made it easier for you to build relationships and be comfortable with people much older than you. You're probably very likable, too!

You know a lot about how people lived in the past.

Lola would tell you stories about the way things were, back in the day. How parents were much stricter, how everything they ate was much healthier, how life was much simpler. And the best part of all: how there was no traffic.

Lola Humor Grandmother Grandma
Your Guide to Thriving in This Strange New World
Staying
In? What to watch, what to eat, and where to shop from home
OR
Heading
Out? What you need to know to stay safe when heading out