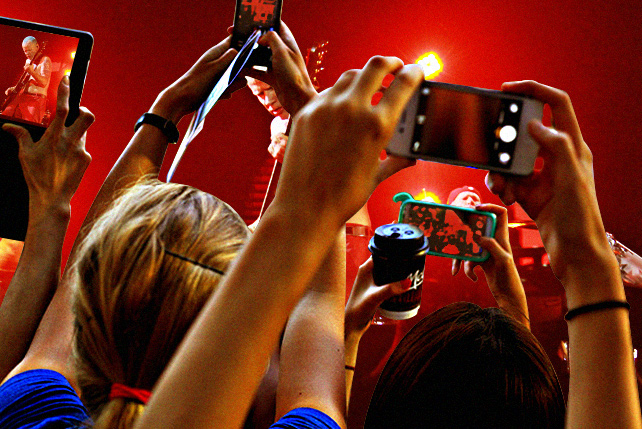 10 Concert Problems We All Know (and Hate)

Please put your iPad down. 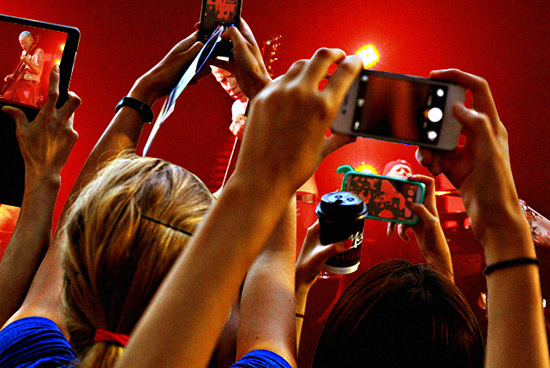 (SPOT.ph) You've got your best concert outfit on, you've listened to the songs over and over, you've got those lyrics memorized, and phones and cameras ready to go. With the tickets in your pocket, you head over to that concert you know will change your life, and you're feeling pretty good...until you get there. Sure, the band's great, the music's cool, and you're enjoying yourself, but sooner or later, things take a turn. People are pushing, teenagers are screaming, and you've somehow ended up sitting behind or beside the worst people.

Concerts are amazing, there's no doubt about that, but we all have our own pet peeves. Here are some concert problems we really can't stand.

When iPads are blocking your view.

Whether you’re sitting comfortably in your seat or getting up and dancing, you want to have a clear view of the stage. These days, it’s normal to be bombarded with a sea of cellphone lights illuminating the audience. On even unluckier days, the person in front of you whips out their iPad, a big, view-blocking tablet, and you’re left with no choice but to watch the concert on that small screen instead. You might as well be watching from your TV at home. 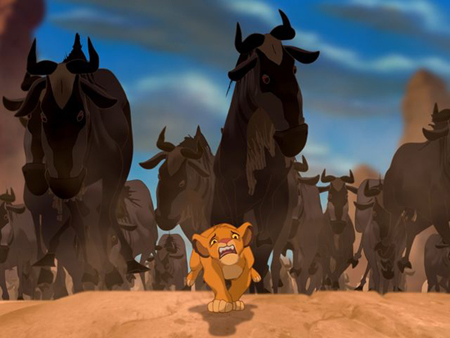 The stampede that occurs when the show starts.

When the performer comes up on stage, some people just can't help themselves from charging to the front and taking up all the space by the stage, bouncers and seat assignments be damned. It can get crazy and heated. It’s a race to the front for that off-chance the performer high-fives people near the barrier. You can have a good floor seat but still end up behind half the audience if guards can't control the stampede of people pushing themselves to the front.

Getting squashed or hit in the moshpit.

Whether in large arenas or smaller bars, when you're stuck in a moshpit, be aware of fists and elbows flying around. People will be too engrossed with singing and screaming at their favorite performer than caring about how you feel. You wouldn't want to come into work the next day with a black eye!

Some venues only have one or two entrances for the entire arena—that could be up 20,000 people going through one doorway. Longer-than-necessary lines are unavoidable, and like the lines, this problem just doesn't end. Lines for food, drinks, comfort rooms, and merchandise usually add to the long waits. When all you want is to get to your seat but your bodily functions (or that need to have a souvenir T-shirt) tell you otherwise, lines are the enemy.

When the audio is just bad.

Bad audio can be a real nightmare. When you've already got nosebleed seats, you want to at least hear the show well enough, or when you're at a smaller venue, problems range from mic feedback to amps not working. Not only does it delay the show, it also ruins a good time. 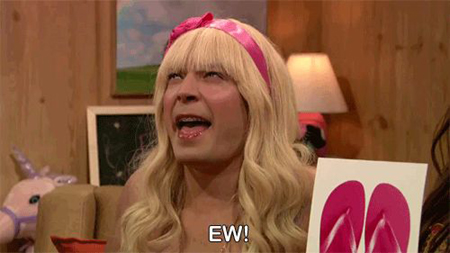 People are obviously going to eat and drink and be merry at concerts whether they’re on open grounds, big arenas, or tiny halls, and maybe disposing of trash properly is the last thing on their minds. You end up spending a lot of time staring at your feet—just to find a space without sticky floors, hotdog wrappers, and uncapped bottles of water.

Concert-goers singing louder than everyone else.

Sure, Ed Sheeran is going to ask you to sing along to “Thinking Out Loud,” but it is very rarely an invitation to sing louder than he does. There's nothing wrong with a little sing-along, but there are those people who cross the line and make it their own concert, or as if they're auditioning for The Voice. You went there to listen to Beyoncé, and last time you checked, that person beside you is not her, and that can break the concert spell. (P.S. Bigger crime if that person can't even carry a tune.) 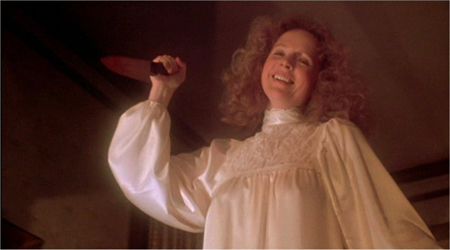 We get it, moms can be very protective of their children, but there are moms who take it to the next level. There are moms that push, drag their kids, and argue with staff or fellow concert-goers when things aren't moving along quite as smoothly as they thought. Everyone has tickets, and everyone has to deal with the same goings-on, but being a mom does not give you privilege over others.

Expect fully charged fanboys and fangirls at every One Direction, Taylor Swift, or Daniel Padilla concert. There isn't anything wrong with fangirling, we all do it, but then there are those that just go way too far. They scream into your ear with their tears getting you wet and their homemade signs blocking your view. They throw things on stage or won't stop talking and screaming during every song, so you can barely hear T-Swift talking about her model-friends.

When your batteries are dying and the concert is not even halfway done.

You could have charged your phone to 100% before you left for the show, but before it even starts, you've already spent the time in traffic maybe looking at Instagram, calling your friends, or reading the set list. By the time the singer even gets on stage (which sometimes can be an hour or so later than scheduled), you log on to Facebook or taken some selfies. By the time the concert is ongoing, your phone is at 10% and you're trying your very best to savor those last precious moments before it's completely gone.

Pro:  I can actually watch the concert I paid for now!

Concerts Humor
Your Guide to Thriving in This Strange New World
Staying
In? What to watch, what to eat, and where to shop from home
OR
Heading
Out? What you need to know to stay safe when heading out