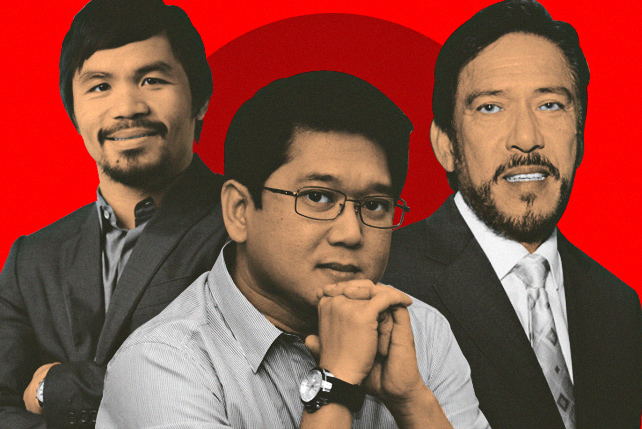 Lines worth reviewing before 2016 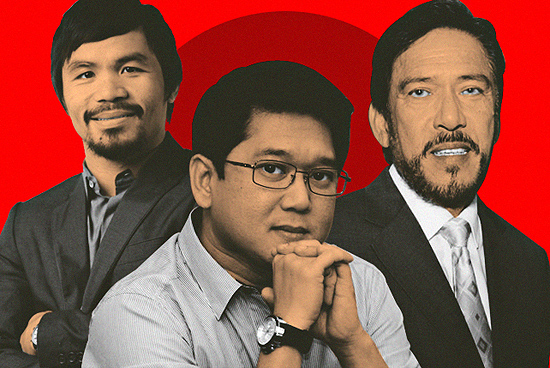 (SPOT.ph) Philippine politics is undeniably messy, but it’s strangely alluring—especially to celebrities, who seem to think that it’s a natural progression for their careers. We know that this happens when they are in government, and then some.

But let's look beyond the bright lights of stardom and try to be more discerning about who we vote for, shall we? Because if you think about it, celebrities are just like anybody else—and they should be judged just as harshly as anyone else who's asking for your vote. 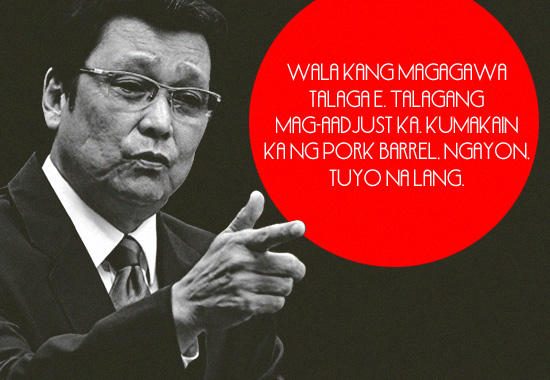 But tuyo is good, too! And it's healthier than pork! 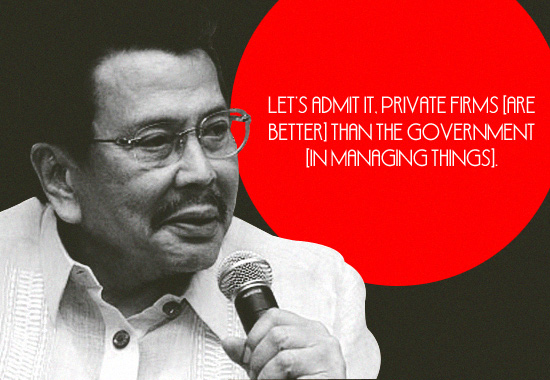 “Let’s admit it, private firms [are better] than the government [in managing things].” – Manila Mayor Joseph Estrada on the city government’s modernization and privatization projects.

This is the kind of thinking that makes our government what it is.

Wait, didn't the assistance fund come from us? 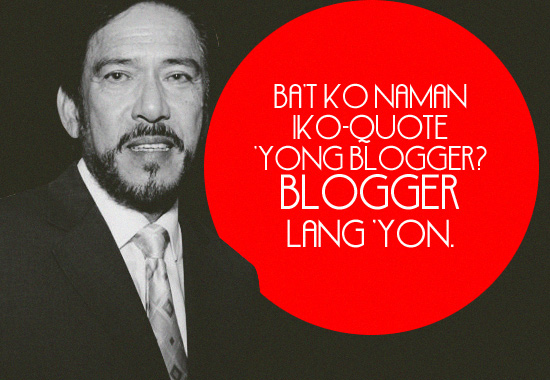 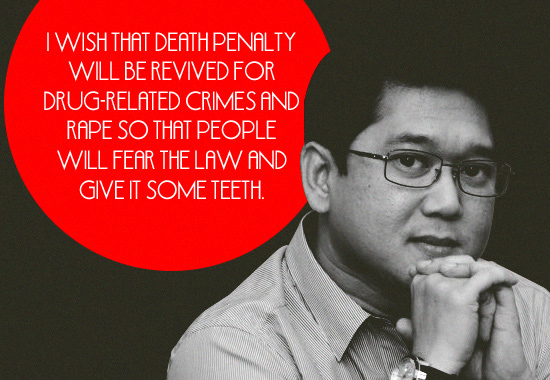 “I wish that death penalty will be revived for drug-related crimes and rape so that people will fear the law and give it some teeth.” – Quezon City Mayor Herbert Bautista on his support for the death penalty.

Mayor Bistek would succeed in Game of Thrones.

We applaud Kap for his confidence and his "amazing stories." 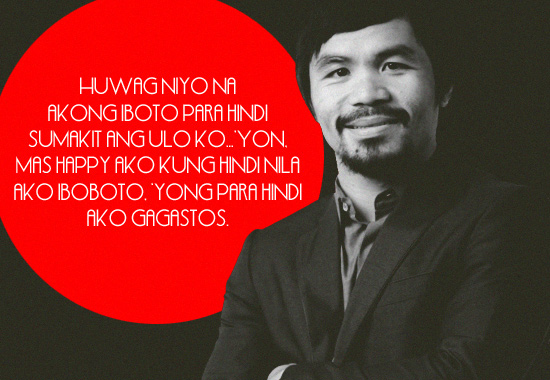 “I will not be absent because the whole country will be my responsibility.” – Rep. Manny Pacquiao on running for senator despite having only attended four legislative sessions out of 70 during his term as congressman.

We'd be insulted if we lived in Sarangani.

2016 Elections 2016 Elections Ph 2016 Presidential Elections Ph Celebrity Politician Eleksyon2016 Filipino Celebrities Filipino Politicians Funny Halalan2016
Your Guide to Thriving in This Strange New World
Staying
In? What to watch, what to eat, and where to shop from home
OR
Heading
Out? What you need to know to stay safe when heading out