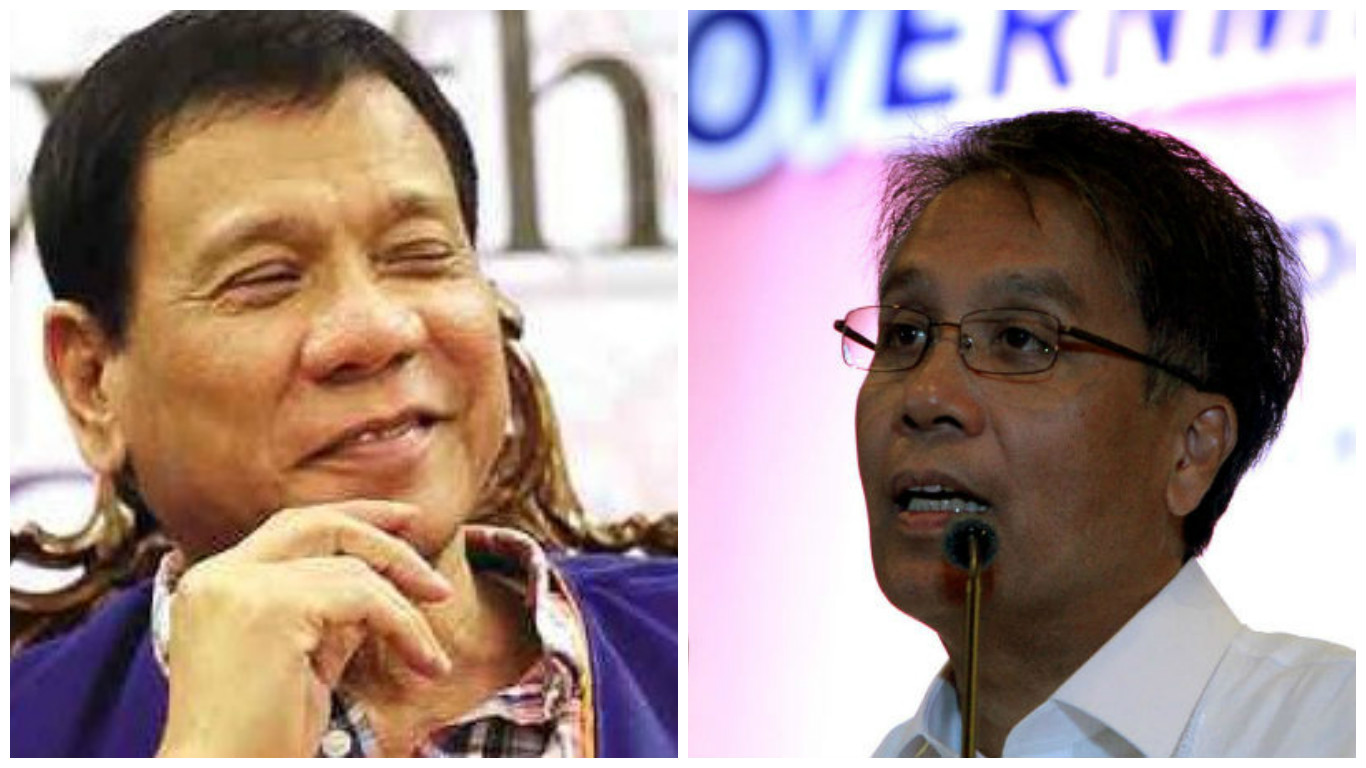 (SPOT.ph) The word war between presidential aspirants Davao City Mayor Rodrigo Duterte and Liberal Party standard-bearer Mar Roxas is back on track. In a series of exchanges, both candidates (who are asking us to seat them in the highest position in the country, mind you) get on with their tirades, and now they're talking "gay." We don't know how being gay is an insult, but politicians have always been mind-boggling, after all.

In a forum held at the University of the Philippines Diliman on February 3, Duterte called out his friend turned bitter rival with insults. “I will end drugs, crimes and corruption in six months. My contenders said it’s impossible,” he said referring to Roxas. “Bayot kasi kayo kaya hindi ninyo kaya,” he added. Bayot basically means "homosexual" in the Visayan tongue.

The tough-talking mayor also said that he will not be the first to make amends with Roxas whom he believes will fare poorly come voting time. “I do not want to talk to losers. Maniwala kayo matatalo 'yan...hindi 'yan aabot ng number one,” he said. Duterte’s fresh toungue-lashing came a day after he recently claimed that Roxas who was then Interior Secretary broke down during the aftermath of super typhoon Yolanda in 2013.

We can't help but think that Remington would have wittier things to say.