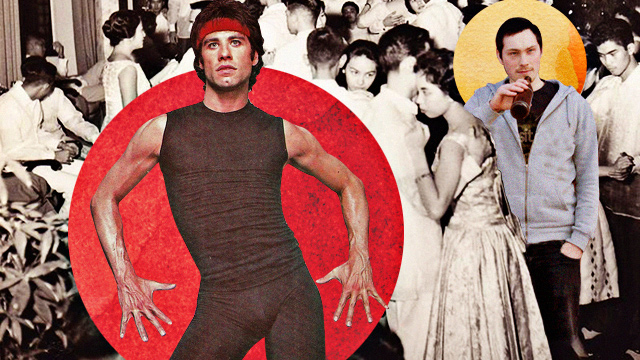 It's the most wonderful time of the year. 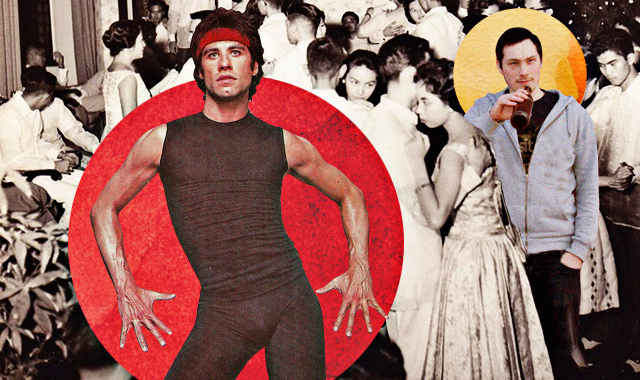 (SPOT.ph) If there’s one thing that takes our mind off the imminent Christmas rush and the stresses of having a full-time cubicle job, it’s the annual office Christmas party. There’s a costume theme that you may or may not take seriously, plus a chance to win a brand new gadget at the raffle. And then there are these people—classic characters you’re bound to spot at the culmination of your office Kris Kringle. Which one are you?

He intimidates everyone year-round, but during the Christmas party he finally unleashes his fun, cool, and almost wild side. You can’t believe you’re suddenly taking selfies and tequila shots with him, but as soon as the next work day starts, he’s back to being the scary boss. You’re not sure if you should tag him in those crazy Facebook photos.

A character straight from a teen flick, this meek, conservative female officemate barely speaks to anyone at work. Then at the Christmas party, someone shows up wearing the skimpiest, hottest outfit, complete with on-fleek hair and makeup, making everyone turn their heads and say, “Wait, is that...?”

Male version: He’s the guy who barely talks at work, but as soon as the beer starts flowing, he’s the chattiest person in the party, the woohoo guy, and the one who dares offer the CEO a beer.

This person takes the talent contest seriously—so seriously that she hires a professional choreographer or voice coach (using her own salary bonus), hair and makeup artist, and costume designer to make her (or her team) unbeatable.

He goes overboard at the open bar and gets tipsy way before dinner is even served. By the time the program is over and everyone is ready to hit the dance floor, he’s already there, breakdancing—or worse, passing out.

Whether this person was a former artista, a part-time band member, or just your regular officemate “na may hidden talent,” he or she surprises everyone at the party when he or she steps onto the stage and gets the crowd cheering, much to the annoyance of The X Factor.

Like the stars of their own telenovela, they’ve been secretly flirting and stealing glances at the office, not knowing that everyone already knows something is up. Like the season finale of your favorite TV series, the Christmas party reveals their next possible step: (a) Coming clean about their relationship in front of everyone, or (b) Continuing this awkward Rigodon by avoiding each other all night and pretending that nothing’s going on for another few months or so.

She buys gifts for everyone—down to the manong security guard from the neighboring office and the interns who started one week ago. She hands you the sparkly wrapped box (looks like a new mug!) and you say, “Wow, thank you!” The next workday, everyone is using the same mug as a pencil holder.

It doesn’t matter if he’s actually good at dancing; what matters is that he’s the one who starts the conga line, the first to dolphin dive onto the dance floor, and the first to bust out classic ’70s to ’90s dance steps.

For some reason, this person always wins one of the top three prizes at the office raffle. Last year, he took home the new touchscreen refrigerator, while all you got was a measly company T-shirt.

An extremely quiet guy nurses his beer at the corner and you’re not sure if he’s someone’s plus-one, a new officemate, an old officemate you’ve never noticed, or a gatecrasher. “Sino ba ‘yan?”

He’s still glued to his computer screen while everyone else is already heading to the party venue. He may or may not show up at the Christmas party, depending on how fast he finishes his report, which isn’t even due until next month. Somebody give this guy a shot of tequila!

This person uses the party as an excuse to brown-nose his superiors in hopes of getting promoted or get close to his office crushes (yes, plural form), including the interns. This person is most likely married.

Unlike The Mentos Boss, this CEO or presidential character maintains his stoic persona. He can part the red sea of people just by standing there or trying to cross to the other side of the room. You’re all praying that he adds a bonus P10,000 cash prize to the pot like he did last year.

She’s the number one source of office chismis. Even if she’s drinking a glass of wine and chatting with her friends, she keeps a close eye (and ear) on everyone. By the end of the night, she will have an update on the juiciest stories, like who’s secretly in a relationship and who’s cheating. Behave, because you just might be her next topic.

You can count on this person to document every waking moment of the party and post an extensive album on his Facebook the very next day. There’s a bonus SDE video if he’s not drunk.