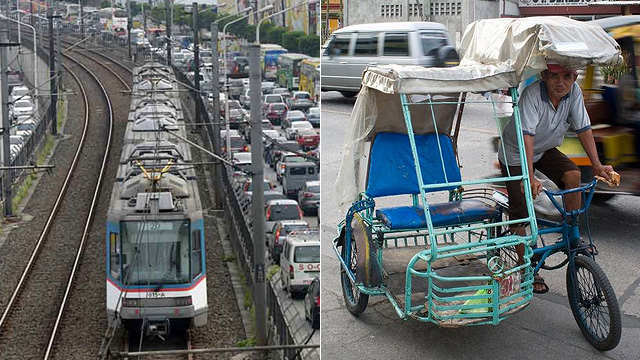 10 Things That Run Faster Than the MRT

(SPOT.ph) Following yet another technical problem encountered by one of the MRT-3 trains on Tuesday evening, June 13, Director for Operations Deo Manalo announced that the rail system will be undergoing inspections until Sunday. The number of operational coaches have been reduced to 15 and train speed has been cut to 20 kilometers per hour from the usual 40 to 60 kph. This resulted in longer queues especially during rush hour, as if it's not bad enough on a regular day.

Through the commuters’ reactions on the Internet, we round up other things that run as fast (or even faster) than the current MRT kph. Of course, most of them are hyperboles (nope, not symbolism), but you get the drift.

An ex who's trying to move on

Your own running speed

The MRT is slower than an obese chain smoker in a marathon.

The kiddie train inside the mall

Cars stuck in traffic along EDSA

What else can you think of?

Humor Mrt Satire Twitter Social Media Metro Manila News
Your Guide to Thriving in This Strange New World
Staying
In? What to watch, what to eat, and where to shop from home
OR
Heading
Out? What you need to know to stay safe when heading out