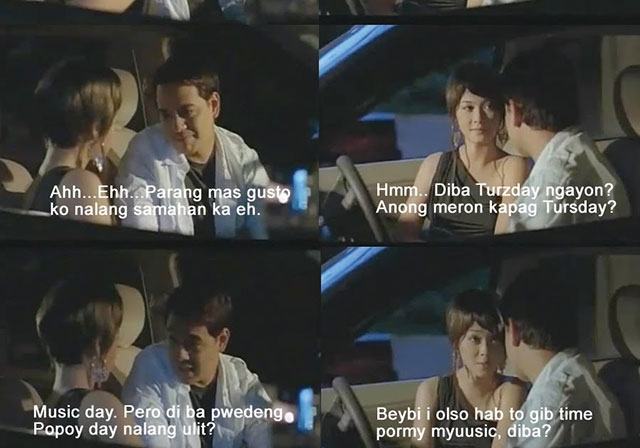 10 Hilarious Local Memes and Where They Came From

(SPOT.ph) Filipinos can find humor in everything—from something as big as a billboard in Manila to something as trivial as a random YouTube video. Our humor combined with being the social media capital of the world means that there’s a lot of memes to scroll through. So while we’re spending our day on our timelines and news feeds, we might as well learn about where these 10 Filipino memes came from.

You’ve been living under a rock if you don’t know about Janina San Miguel’s haunting question-and-answer segment from Binibining Pilipinas 2008. When asked by host Paolo Bediones if she felt any pressure at the moment, she proudly answered, “No, I don’t feel any pressure right now.” But her answer afterwards—or lack thereof—will have you thinking otherwise.

Use it when: You're not living up to the confidence level you said you had or when you need some time to think of an answer.

The Family Confrontation from Four Sisters and A Wedding

Four Sisters and A Wedding blessed us with a scene of Angel Locsin dragging and taunting Mocha Uson. But another scene making rounds on the Internet features the titular four sisters confronting each other about their hidden grudges. It was a dramatic and tear-jerking scene, but the relatable lines make for a perfect meme.

Use it when: You feel attacked and people are making you feel that it's your fault. 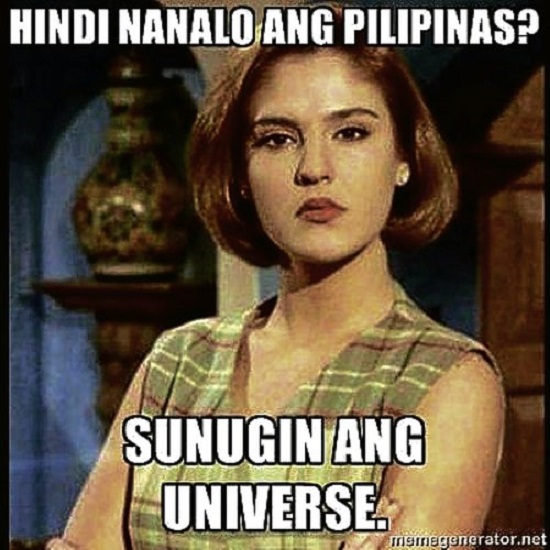 One of the OG local memes out there, Senyora Santibañez comes from the Mexican version of Marimar. The meme often has her arrogantly dictating things to do for Facundo, the butler on the show.

Use it when: You feel like a doña and you want to get things done. 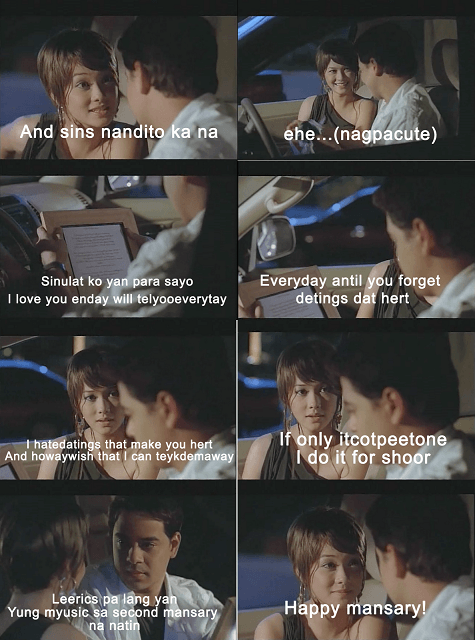 Trisha’s Lyrics from One More Chance

No has become as unforgettable as Trisha (Maja Salvador) and Popoy’s (John Lloyd Cruz) in One More Chance. The lyrics Trisha wrote for Popoy as a gift were short, but captured the essence of their complicated relationship perfectly. It’s too bad they broke up before she could finish the song and complete it with a melody.

Use it when: You're telling someone you love them but want to make them laugh at the same time. 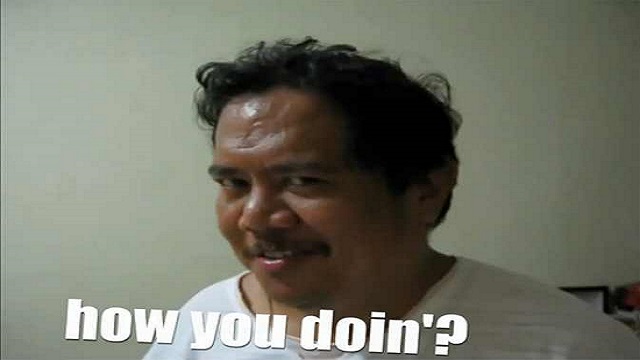 It all started with random clips of Gerry Alanguilan .a. Komikero smiling at his camera. The viral video eventually had the comic book artist and writer featured on a couple of online shows on YouTube and the meme even found its way to Indonesia. He also hilariously uploaded a video teaching viewers how to do the smile.

Use it when: You say or do something creepy.

In the now-defunct lifestyle show KrisTV, Kris Aquino often tried out new activities, but there was one that became everyone’s favorite—archery. Kris made light of her challenges when it came to the sport and dropped a few lines that had guest Erich Gonzales laughing out loud. A shot of Kris aiming the arrow was touted as the Filipino version of The Hunger Games. So far, her new online show The Kris List is also giving us some good meme material.

Use it when: You're being passive aggressive.

when your score in a test turns out higher than the smartest person in class #MissUniverse2015 pic.twitter.com/0XekQxUc0n

Perfectly depicting everyone’s face when Steve Harvey announced the wrong name during the Miss Universe 2016 coronation, Pia Wurtzbach handled the incident like a pro. There’s no doubt this photo will remain one of the most memorable moments in the world—or rather, the universe.

Use it when: You're shocked or offended by anything that happened.

When rivals Emma (Sunshine Dizon) and Georgia (Ryza Cenon) crossed paths at a nursery store, things immediately heated up when they both grabbed for the same , stroller. The two pregnant women then began fighting for the stroller until they both ended up using guns—water guns, that is.

Use it when: You're annoyed with someone and you're in a feisty-but-not-that-violent mood.

Nothing embodies being more than this one-liner from Liza Soberano. After missing a few lines while showing off her rap skills, the Darna star playfully said she’s better at rapping when she’s just by herself.

Use it when: You're feeling  or when you want to be demure (or at least, pa-demure). 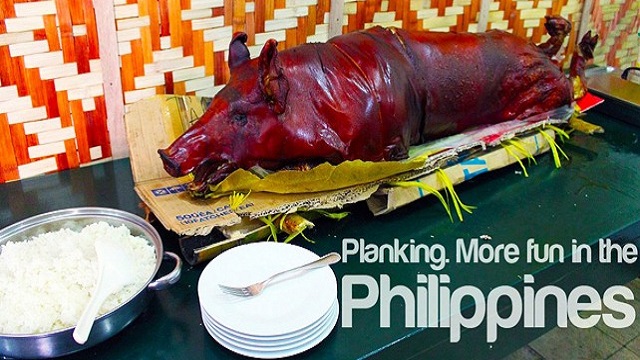 It’s More Fun in The Philippines

The highly successful tourism campaign in 2012 had everyone making their own poster to celebrate the uniqueness of the Philippines. Finding the Filipino counterpart of a current trend promoted the Filipino culture as well as showed our sense of humor.

Use it when: You see something that would be normal anywhere else in the world, except the Philippines.

Filipino Memes Local Memes Memes
Your Guide to Thriving in This Strange New World
Staying
In? What to watch, what to eat, and where to shop from home
OR
Heading
Out? What you need to know to stay safe when heading out