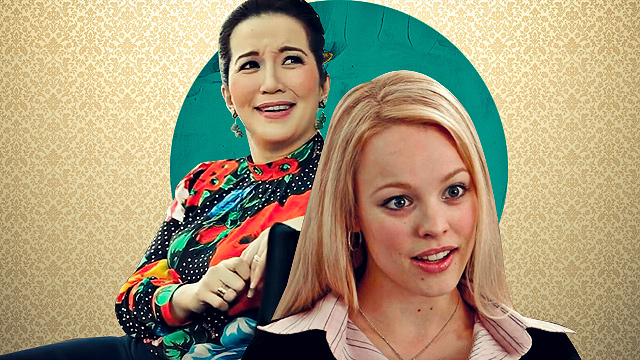 (SPOT.ph) We already know that Filipinos practically live online. When they’re not sharing relatable memes, they’re probably sharing clips that made them LOL. Whether it’s video taken at a celebrity’s wedding or just a random one that they came across online, Filipinos have the power to make any video go viral. We round up 10 of the funniest videos that made Filipinos laugh out loud throughout the year.

Mean Girls is already a famous pop culture reference on its own with its witty lines and unforgettable scenes. But the comedic film is made even funnier when it’s dubbed into Filipino. Africa is now Divisoria. “Fetch” is now “” and “Oh my God, I love your bracelet” is now “Pak! Ganda ng .” The good news is, there are other dubbed scenes, too.

It’s no secret that Solenn Heussaff’s husband Nico Bolzico loves to pull pranks on her. Every now and then, he posts videos of his successful pranks even if Solenn a.k.a. Wifezilla doesn’t always approve. Undoubtedly one of the funniest tricks he's pulled off was putting in Solenn’s hair dryer, which made her whole face white.

Everyone kept refreshing their Instagram stories every five minutes to keep updated on Anne Curtis and Erwan Heussaff’s wedding. From the pre-wedding welcome party to the nuptials, and until the reception, you’d see heartwarming videos congratulating the happy couple. But there was one video that stood out: Isabelle Daza jumping and dancing to the beat of "Despacito" with her hand around her visibly pregnant belly. She was so into her dancing that Nicole Andersson (who took the video) just had to blurt out, “Hoy, ‘yong mo!”

Isabelle Daza wasn’t the only one who enjoyed the reception at Anne and Erwan’s wedding. Marc Nelson gave CJ Javarata—who caught the bouquet—a lapdance while putting the wedding garter on her. Needless to say, it was a wild ride for Yael Yuzon, who saw it all happen right before his eyes.

Kris Aquino at a job interview

The Queen of All Media proves that she’s still as relevant as ever with the vlogs that she posts on social media. She shows her viewers the ins and outs of her personal life, like answering questions that she herself used to ask as a host. One fan got the great idea of editing the video to make it look like Kris was answering questions at a job interview. Kris herself was so amused by the video, she shared it on her own page.

Who could forget the huge billboard that Xian Gaza made to (kind of creepily) ask Erich Gonzales out on a coffee date? The Internet didn’t exactly agree with his dating strategy and ultimately, Erich turned down his offer. But we all learned more about the guy behind the billboard—including his bucket list that included traveling to Cambodia (and his annoying habit of saying ).

Every now and then, there’s that one song with a great music video that everyone just loves to parody. (Think Beyoncé’s "Single Ladies.") This year, it was Dua Lipa’s music video for her song, "New Rules" that had everyone grabbing their girl (and guy) friends to dance with and comb each other’s hair. This group of girls did a frame-by-frame copy of Dua Lipa’s music video. What’s even more impressive is that they did it while in school. Here’s to hoping they got extra credit!

The whole country was #shookt when they saw a blissfully happy John Lloyd on vacation with (and now reported mother-to-be) Ellen Adarna in Cebu. But more than the secret relationship, people were also left amused by his behavior in the videos while drinking and posing by LPG tanks. After the videos went viral, he issued a statement saying in an Instagram post, “Very humbling but I do apologize to the little boys and girls. No regrets, babies. Just life revealing its raw beauty.”

This video became viral in early January, so it’s kind of hard to believe that it was still in 2017 when we saw the little girl, , trying to sing her own version of "Nung Ako'y Bata Pa," only for her younger sibling Bunak to keep butting in every few seconds. They probably reminded you of you and your siblings when they both got annoyed, then started hitting each other and telling your mom their own version of what happened.

Earlier in the year, a video promoting the Philippines went viral—but for the wrong reason. (Hint: It was a little too similar to a previous video done by a different country.) But the Camiguin Tourism Office does everything right with this lighthearted campaign that introduces the beauty of the island to a solo traveler through her trusty and enthusiastic tour guide.

Viral Videos John Lloyd Cruz Nico Bolzico Solenn Heussaff Yael Yuzon Mean Girls Isabelle Daza Anne Curtis Erwan Heussaff Kris Aquino Xian Gaza Camiguin New Year 2018
Your Guide to Thriving in This Strange New World
Staying
In? What to watch, what to eat, and where to shop from home
OR
Heading
Out? What you need to know to stay safe when heading out