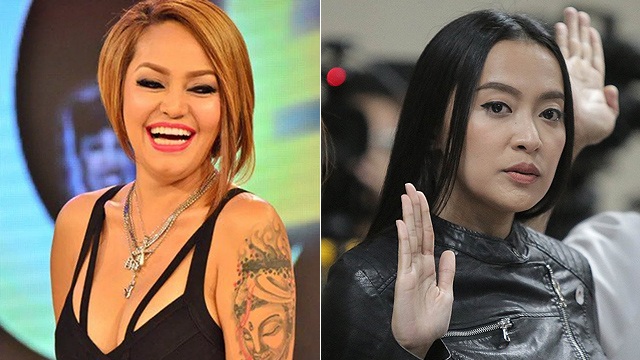 She slays yet again!

(SPOT.ph) The EDSA People Power Revolution went down in world history as a series of non-violent demonstrations along the Metro Manila thoroughfare from February 22 to 25, 1986. The protests occurred not only in the capital but in different cities nationwide to protest the dictatorship of late President Ferdinand Marcos. Over two million Filipino civilians alongside political, military, and religious groups walked side by side to oppose years of corrupt governance by the autocrat and his cronies. 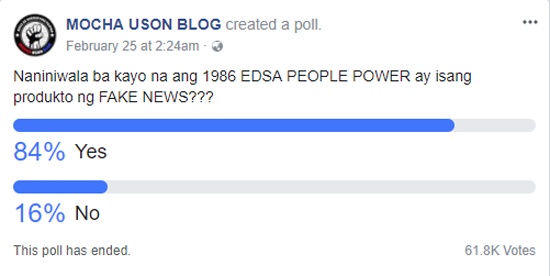 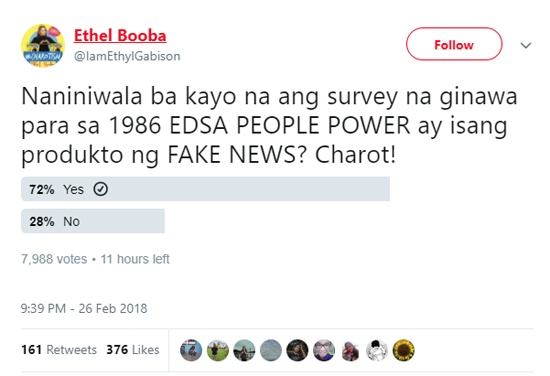 yung 'survey' ang pinatutungkulang 'fake', NOT Edsa Rev. ???? Thank you Booba, this is a fun equalizer????