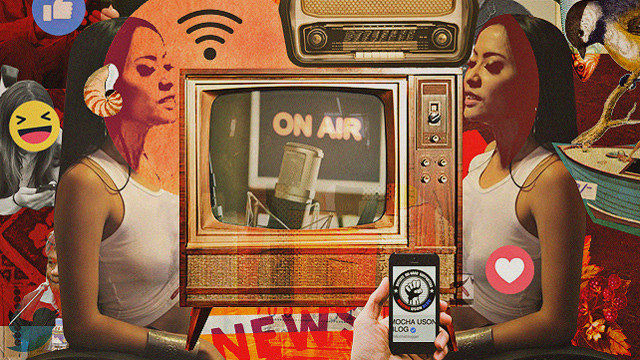 The former assistant secretary has a long list of...accomplishments.

(SPOT.ph) It wasn’t really a surprise when Mocha Uson was appointed assistant secretary under the Presidential Communications Operations Office, given her fervent and outspoken support for the administration. It was a position that she occupied for a year and nearly five months, and now that she's announced her resignation, she has a considerable list of accomplishments under her belt. Here are a few of them.

.@MochaUson Tell your followers AND yourself that we have enough photos of our soldiers praying. No need to use Honduras police's. SHAME! pic.twitter.com/b83CJtm7Z8

- She honored Filipino soldiers in Marawi by posting a picture of Honduran police officers.

- She encouraged Filipinos to think creatively and come up with better, more useful ways to spend her monthly salary of P133,454.

- She became an ambassador for the 2016 Metro Manila Film Festival.

- She questioned whether the widely documented and internationally lauded EDSA People Power in 1986 was the product of fake news.

- She introduced the term "self-discrimination" into the public discourse.

- She refused to apologize for her attempt to draw parallels between President Rodrigo Duterte kissing a woman in South Korea and Benigno “Ninoy” Aquino being kissed by two women minutes before he was assassinated.

- She encouraged an onslaught of insults against Vice President Leni Robredo on radio.

- She coined the term “presstitutes” for mainstream news outlets.

- Even her boss, Martin Andanar, couldn't reprimand her.

Not surprisingly, the former assistant secretary has said that she's "open to" running for a Senate seat. Let's hope she hires Drew Olivar to be her campaign manager.

News Mocha Uson
Your Guide to Thriving in This Strange New World
Staying
In? What to watch, what to eat, and where to shop from home
OR
Heading
Out? What you need to know to stay safe when heading out