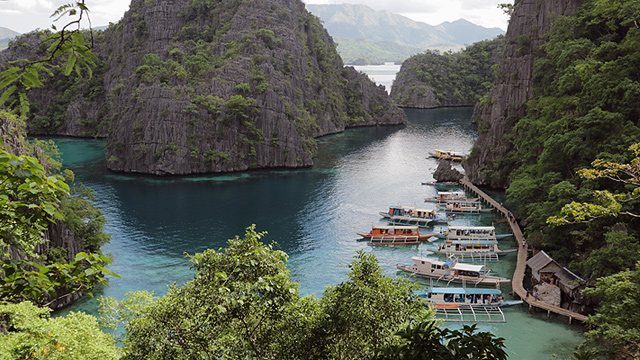 Should Palawan Now Be Called Palatri?

(SPOT.ph) Despite sparking protests from civic groups and social media, House Bill No. 8055, also known as the bill dividing Palawan into three provinces, was approved by the Senate on November 19, with 14 votes against one. With Palawan's “vastness” in terms of number of islands and total population, bill sponsor Senator Juan Edgardo Angara said that the division of the province into three will comply with the land area requirement set by the Local Government Code. The three proposed provinces will be named Palawan Del Norte, Palawan Oriental, and Palawan Del Sur.

Only Senator Risa Hontiveros voted against the division of Palawan, expressing her concern over the West Philippine Sea dispute with China. According to her, the division of Palawan's government units could weaken its defenses against China's forces. But despite the serious repercussions from this decision, those on Twitter did not let the opportunity to make jokes pass. Here are some of the funniest tweets about Palawan (and -two and -tri)!

Right on cue, this Twitter user couldn't help but add to the pun.

Others decided to look at the bigger—regional—perspective.

Some people poked fun at the supposed "breakup" of the archipelago.

And on Palawan being a strong and independent province.

Despite these funny Tweets, however, the bill's approval continues to be a controversial matter. People are wary of the implications of Palawan splitting up, sharing an online petition against the division all over social media. As of writing, it has gathered over 12,000 signatures.

Onepalawan Twitter Palawan
Your Guide to Thriving in This Strange New World
Staying
In? What to watch, what to eat, and where to shop from home
OR
Heading
Out? What you need to know to stay safe when heading out