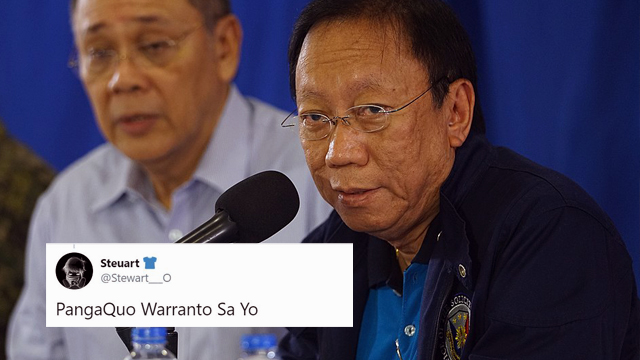 We really don't need another PH government-ABS-CBN crossover, yet here we are.

(SPOT.ph) It's a wild situation to begin with: the Office of the Solicitor General, headed by Jose C. Calida, filed a petition for quo warranto at the Supreme Court against the legislative franchises of ABS-CBN Corporation and its subsidiary, ABS-CBN Convergence, Inc. on Monday, February 10. Solicitor General Calida alleged that the network is "unlawfully exercising their legislative franchises," in a report by the Philippine Star.

This move is timed a couple of weeks before the network's legislative franchise is set to expire on March 30. In their statement, ABS-CBN has said the filing "appears to be an effort to shut down ABS-CBN to the serious prejudice of millions of Filipinos," adding that all of Calida's allegations are "without merit."

The past two days have seen Twitter on fire with #NoToABSCBNShutDown on and off the top trends. Especially since we're not sure what wild logic Congress is following, either, as they appear to be sitting on several bills asking for the network's franchise renewal.

It's not the first time a government has been accused of silencing the press. Although it seems Pinoys have been fighting back with our signature method: humor. One user, well, envisioned the current administration as popular ABS-CBN shows, old and new, and TBH, this is a much better crossover than the legal mess currently happening. Welcome our favorite new hashtag: #AltABSCBNshows.

It's almost too perfect.

Would you swivel for these voices?

We guess this isn't Pasig River they're alluding to here.

Who let them back in?

This is the best pun so far.

This is what started it all.