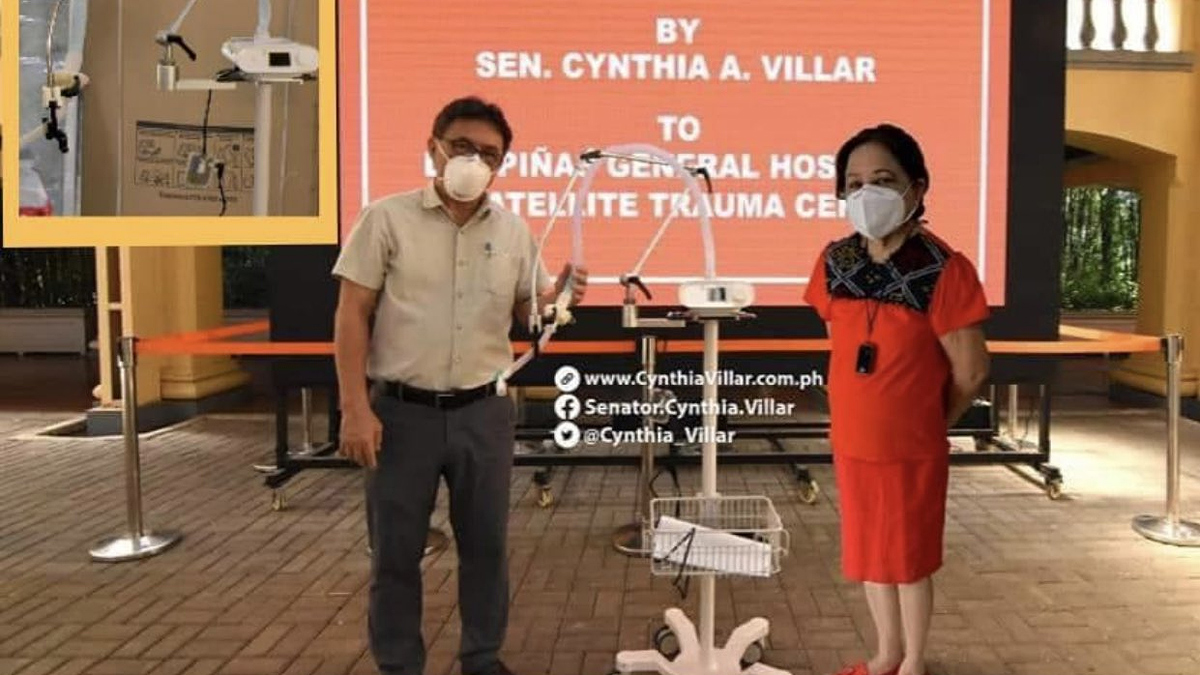 All the Times Our Public Servants Have Given Us Photoshop Gems

GrApHiCs DeSiGn Is My PaSsIoN.

(SPOT.ph) If you think about it, image-editing software is like a magic wand that the tech world has given us. You can remove a blemish on your profile photo, delete that photobomber from your travel snapshot, and even insert people that weren’t really there in the first place. Some, however, take things a little too far in the name of good PR.

A quick look at some excellent examples of Photoshop "skills" exhibited by our public servants:

Senator Villar on July 1 drew flak for posting allegedly manipulated photographs showing the turnover of medical equipment to the Las Piñas General Hospital. The images made it look like she was physically present during the event. In an article by ABS-CBN, photojournalism lecturer Jimmy Domingo confirmed: "May give away. Madaling mabuking kasi sa apat na pictures na 'yon, pare-pareho itsura niya."

“Politicians will release whatever will make them look good. It is up to the journalist to verify," added University of Santo Tomas Journalism program head Felipe Salvosa II. He also added that manipulated photos can be considered "weapons of mass destruction because information is power. If you are misinformed, powerless ka."

The Philippine Army in December 2019 admitted to releasing manipulated photos of alleged communist rebels surrendering themselves and their rifles to the military. It was pointed out online, though, that the people in the photograph appeared to be floating. "Our line unit's intention is not to mislead the public, but to protect the lives of the Former Rebels who placed themselves at risk by surrendering to the government," Maj. Ricky Aguilar, spokesperson of the Army's 9th Infantry Division, said on December 27, 2019.

Defense Secretary Delfin Lorenzana on December 28, 2019 ordered an investigation into what happened. "This is very serious because it undermines the efforts of the whole organization," he said. "Hindi naman minanipulate. Pinagsama 'yong dalawang pictures, pinagsama sa isang picture. So that's not manipulation," former Presidential Spokesperson Salvador Panelo said on December 29, 2019.

On September 28, 2011, the Department of Public Works and Highways released a photograph that showed Department of Public Works and Highways (DPWH) Undersecretary Romeo Momo, DPWH National Capital Region Director Reynaldo Tagudando, and DPWH South Manila District Engineer Mikunug Macud standing on what was left of a damaged seawall following the onslaught of Typhoon Pedring. People online commented that the allegedly edited image made it look like that the three were "floating on air." It was taken down within minutes and replaced with another (unedited) photo showing that they were really there.

Cynthia Villar Department Of Public Works And Highways Philippine Army Adventurer Savvy Seasoned
Your Guide to Thriving in This Strange New World
Staying
In? What to watch, what to eat, and where to shop from home
OR
Heading
Out? What you need to know to stay safe when heading out