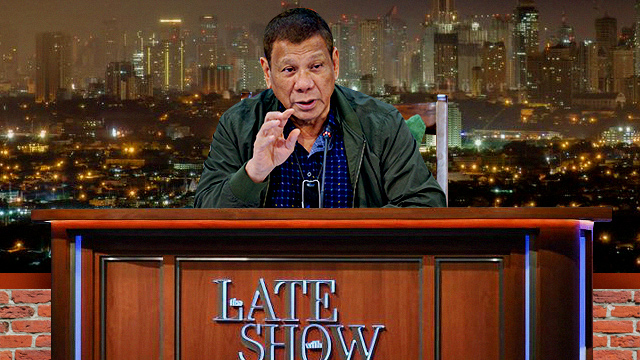 Every reporter on this beat's constant companion these days: eyebags.

(SPOT.ph) Multiple media outlets spent the night of July 7 waiting for President Rodrigo Duterte's pre-recorded address to stream online. It was originally scheduled to go live at 10 p.m., but based on the Radio Television Malacañang's livestream on Facebook—and some low-key sassy updates by news pubs—it went on much, much later. Nearly 1 a.m., to be exact.

Presidential Spokesperson Harry Roque updated the nation at around 9 p.m. with a picture showing Duterte in the midst of the address. His meetings with the Inter-Agency Task Force and subsequent speeches are usually pre-recorded and aired later on. For the most part, we've gotten used to the late-night broadcasts over the quarantine period. Still, it seems the extra-late hour from the latest address had local reporters on edge, gifting us with some of the most subtle updates we've seen so far. Check them out below!

The Philippine Star laid out the facts in simple detail at exactly midnight on July 8.  Where is the lie? Their editorial team signed off just a few minutes later for some much needed shut-eye. It has the same energy as that famous "Yoko na pagod na ko" tweet, but a little less haggard.

Inquirer, meanwhile, was on their toes all night. First, they originally retweeted their announcement of Roque saying the address would go live at 10 p.m., saying, "Two hours have passed since the supposed time of the airing of President Rodrigo Duterte's address to the nation." Kudos to them for keeping their eyes open until 1 a.m. and managing to report on the speech!

ABS-CBN was also laying down facts. They first tweeted at around 12:30 that "It’s past midnight Wednesday and the Palace has yet to air President Duterte’s public address." They followed it up when the address aired with a simple "an hour past midnight of Wednesday."

GMA News reporter Joseph Morong went no-holds barred for his "update" at around 12:30. Anyone else reminded of trying to communicate with your groupmates after an all-nighter?

Rappler also decided the late night broadcast was too late. At around 12:40, the media outlet stated they would air the address "when it becomes available in the morning." To be fair, they weren't wrong about the time.