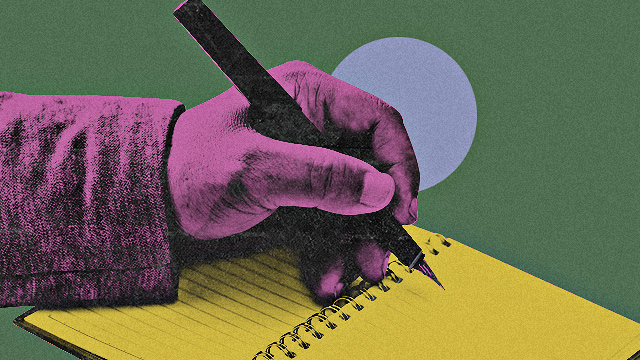 Only 10% of the world population are lefties.

(SPOT.ph) For about 90% of the world population, it's almost trivial to appreciate the fact that they're right-handed. Everything, after all, is built around the world—from arm chairs to kitchen tools—of a right-handed person. But for one out of 10 people, it's just not as easy.

Here are 10 struggles only lefties understand:

The school desk was your first taste of bias

Left-handed kids had to play Trip to Jerusalem to get one of those few special left-handed arm chairs in their classrooms. For the unlucky ones, they had to struggle finding the right position and end up with shoulder and back pains at the end of the day.

Left-handed people can somehow relate to the Marvel's fictional character with metallic skin: Silver Surfer—except only their left hand glistens with the graphite coming from a pencil. Unlike most people, lefties write from left to right, which means that the gray-colored smudge always stick to their hands. Writing on a chalk board or white board is a whole new level of struggle.

Most left-handed musicians, like Jimi Hendrix and Kurt Cobain, just learned to play the right-handed guitar. But Hendrix later restrung the guitar to his advantage.

A spiral notebook's binding is always found on the left side, which makes it a breeze for right-handed people to write from left to right. Lefties, however, have to deal with having their wrist rest (or push) on the metal spring while writing.

Scissors are a nightmare

Most pairs of scissors have a small hole for your thumb and a bigger hole for the rest of your fingers—at least if you're right-handed. Lefties either have to deal with the mismatch or, again, learn how to cut things the right-handed way.

Peeling vegetables is a bit of a challenge if you're left-handed. Peelers have one sharp side, which goes on top when you hold the tool on your right and pull it towards yourself. Obviously, it's the complete opposite for lefties, who are stuck with the blade on the bottom and having to awkwardly push the peeler away.

Can openers are next to impossible

Old-school can openers are meant to be held by the left hand while you twist the knob with your right. For lefties, the supposedly easy-to-use kitchen essential doesn't look that easy.

High-fives and handshakes can be awkward

Right-handed people, by instinct, use their right hand for high-fives and handshake. So obviously, left-handed people stretch out their left hand by reflex. That could be a very awkward handshake though.

Elbow wars are a thing

Lefties often choose to sit on the far left of a table just so they wouldn't end up bumping elbows with the person next to them. It's like having to sit in an airplane's middle seat...only in everyday life.

Left-handed International Left Handers Day Adventurer Savvy Seasoned
Your Guide to Thriving in This Strange New World
Staying
In? What to watch, what to eat, and where to shop from home
OR
Heading
Out? What you need to know to stay safe when heading out